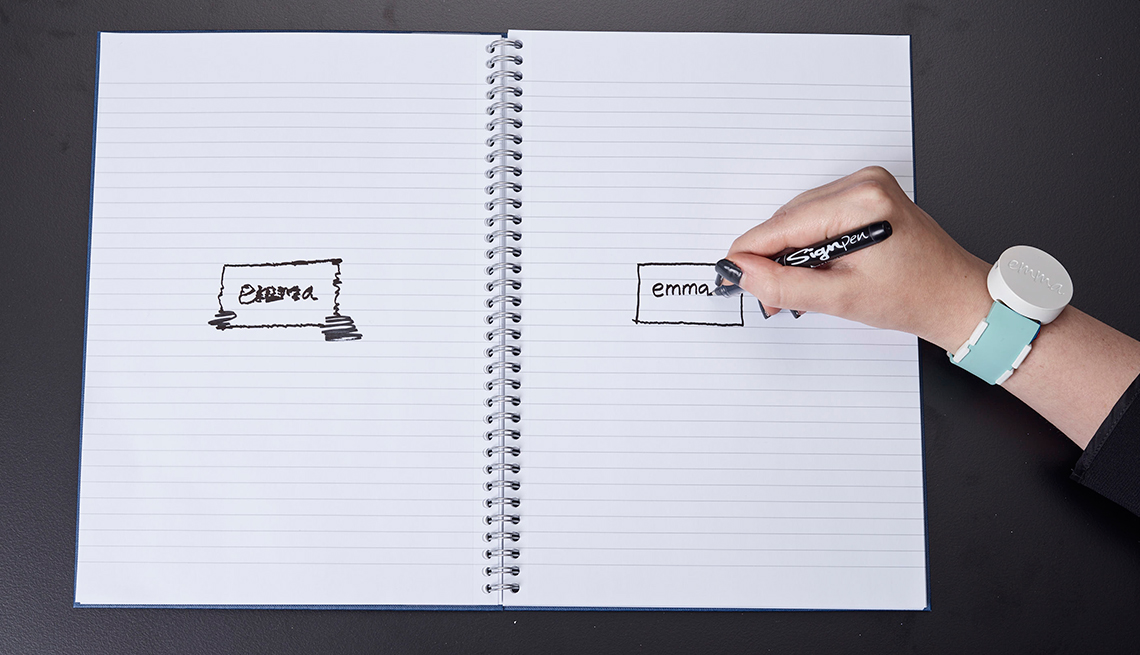 En español | In a powerful video shown at the Microsoft Build 2017 convention in Seattle this week, a graphic designer battling Parkinson’s disease is able to sign her own name and draw boxes again thanks to a wearable device.

The prototype watch, nicknamed “Emma” for the patient featured in the video, could eliminate the arm tremors often associated with Parkinson’s disease, which most often affect people over 60. While not a cure, the watch is a technological advance that could greatly improve the quality of life for sufferers.

Two British Microsoft researchers, Haiyan Zhang and Nicolas Villa, launched an independent research project for a BBC documentary, The Big Life Fix, which resulted in development of the watch.

According to Microsoft, the Emma Watch uses “vibrating motors — similar to those found in mobile phones — to distract the brain into focusing on something other than trying to control the patient’s limbs.”

In other words, when one half of the brain is trying to move a hand and the other is trying to stop the movement, the two signals battle each other, causing tremors. The prototype stops that “feedback loop.”

In a statement on Microsoft’s website, Zhang noted that the patient “could observe her hand tremoring but no longer felt the tremor because the vibrations [from the device] were coming in place of the physical sensation of the tremor.”

About the size of a regular watch or Fitbit, the prototype is designed to look more like a fashion piece than a medical device. It has an interchangeable strap that can come in different colors, which could be appealing to users.

The developers, along with a neuroscience research team, are embarking on trials with a small group of Parkinson’s patients to see if the Emma Watch could help others with similar Parkinson’s symptoms. While it could be years before the product is on the market, it is an example of the growing use of technology to advance progress in medical research.