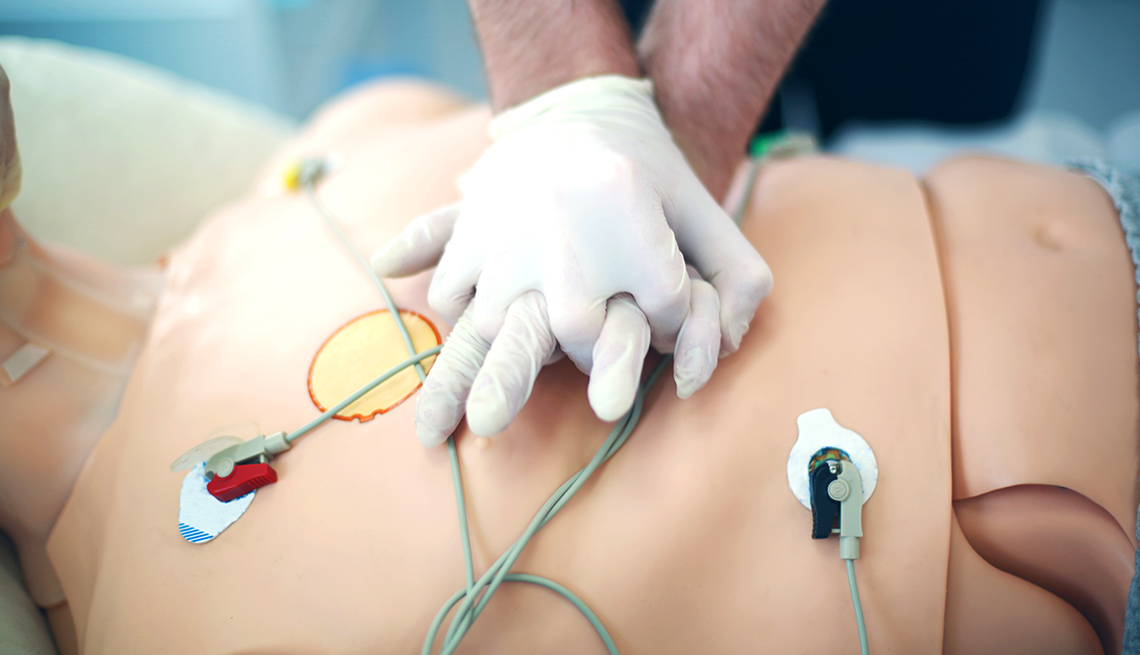 Only 39 percent of women suffering cardiac arrest in a public place were given CPR, versus 45 percent of men.

Women are less likely than men to get CPR from a bystander and more likely to die, a new study suggests, and researchers think the reluctance to touch a woman's chest might be one reason.

Only 39 percent of women suffering cardiac arrest in a public place were given CPR, versus 45 percent of men, the study found.

It involved nearly 20,000 cases around the country and is the first to examine gender differences in receiving heart help from the public versus professional responders.

"It can be kind of daunting thinking about pushing hard and fast on the center of a woman's chest," and some people may fear they are hurting her, said Audrey Blewer, a University of Pennsylvania researcher who led the study.

Rescuers also may worry about moving a woman's clothing to get better access, or touching breasts to do CPR, but doing it properly "shouldn't entail that," said another study leader, Benjamin Abella, a Penn professor of emergency medicine. "You put your hands on the sternum, which is the middle of the chest. In theory, you're touching in between the breasts."

"This is not a time to be squeamish because it's a life-and-death situation," Abella said. Blewer said administering CPR can double or triple a victim's chances of survival.

No gender difference was seen in CPR rates for people stricken at home, where a rescuer is more likely to know the person needing help.

The study was discussed Sunday at an American Heart Association conference in Anaheim, Calif.