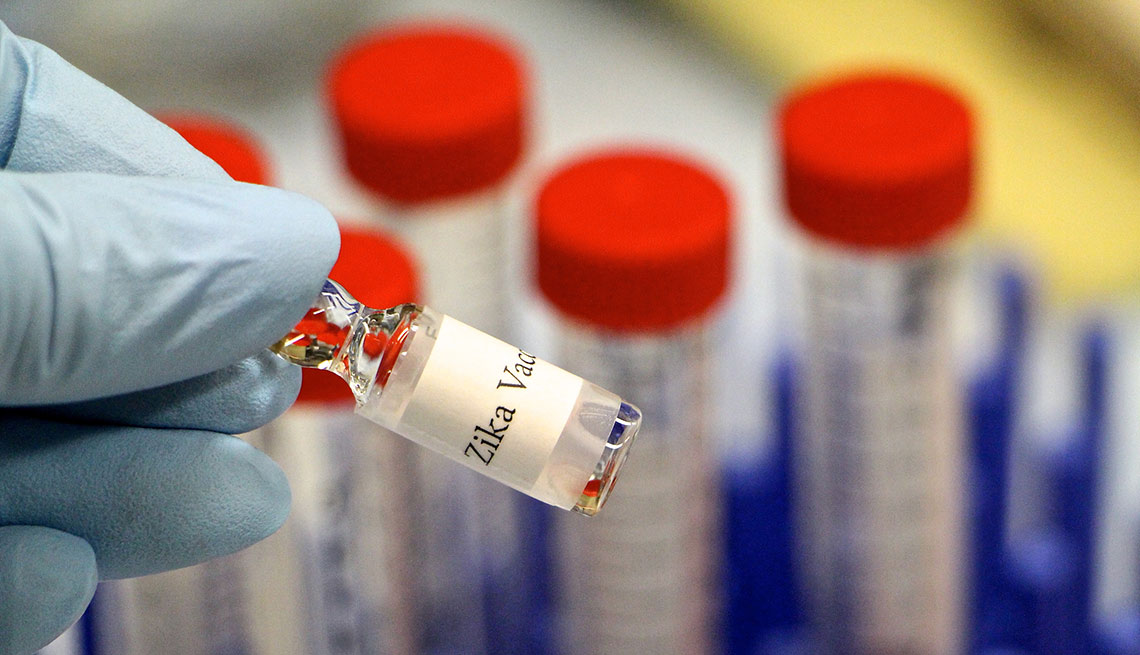 Protect yourself from the Zika virus this summer.

En español | Zika is out there. And it's scary.

The virus has been linked to all sorts of awful conditions in the countries where it's prevalent, including cruel birth defects and a potentially paralyzing condition among adults. An esteemed panel of more than 225 medical experts has even suggested postponing or moving the August Olympics out of Rio de Janeiro — a hotbed of the virus — because of it.

But there remain many unknowns: Will Zika make it inside U.S. borders? How big a problem will it be if it does? How will it affect older adults?

The full story of the Zika virus is still unfolding. For now, here's what you need to know.

The World Health Organization warns the illness is "spreading explosively," recorded in 60 countries and territories to date — mostly countries in South and Central America and the Caribbean. Zika infections in the U.S. currently number 691 (and counting), but the majority of those were picked up by folks traveling outside the continental U.S.

Even still, "we anticipate that there will be some transmission in the U.S.," says internist Steven Lawrence, an infectious disease specialist at Washington University School of Medicine in St. Louis.

If Zika does make it across the border, the risk is highest in the Southeast, especially along the Gulf Coast. One study predicts the U.S. cities most likely to attract mosquitoes responsible for transmitting the Zika virus are Miami; Orlando; Savannah, Ga.; and Charleston, S.C.

How bad is it?

Experts most fear Zika's impact on a pregnancy, since the virus has been tied to microcephaly, a condition in which infants are born with abnormally small heads and incomplete brain development.

So for those who are pregnant or planning to become pregnant, it's important to avoid traveling to Zika-infected regions. (See the full list here.) Since sexual transmission has also been reported, use condoms or abstain from sex after traveling to parts of the world where the virus has been reported.

Zika has also been tied to cases of Guillain-Barré syndrome, a rare disorder that causes the body to attack its nervous system, triggering weakness and, in some cases, paralysis.

One researcher told Reuters that his research on Guillain-Barré found the neurological disorder was more prevalent in Zika-infected older adults. Even so, the risk of developing Guillain-Barré is small. A 2016 study published in the Lancet medical journal estimates the overall incidence of the disease to be about 24 cases per 100,000 infections of the Zika virus.

Fear of still-unknown health effects is also causing consternation. The physicians and scientists who are calling for the Olympics to be moved out of Brazil say that studies have shown the virus is "neurotrophic and causes cell death," making it "biologically plausible that there are other as yet undiscovered neurological injuries as exist for similar viruses (e.g., dengue)."

What if you have a weakened immune system?

Those with compromised immune systems could be at higher risk, says Richard Kuhn, director of the Purdue Institute for Inflammation, Immunology and Infectious Disease. And that may not bode well for older adults.

"With any kind of viral infection, as you get into your 60s, your immune system is not as robust," Kuhn says.

That said, about 80 percent of those infected with the virus experience no symptoms — and those who do complain of mild fever, rash and joint pain that lasts less than one week, according to the U.S. Centers for Disease Control and Prevention (CDC).

If you have a weakened immune system and concerns about contracting Zika, talk to your doctor.

How can you reduce your risk?

Since there are no vaccines to prevent the disease or drugs to treat it, focus on preventive strategies.

The CDC recommends using insect repellents registered by the Environmental Protection Agency (EPA) that have at least one of these active ingredients: DEET, picaridin, IR3535 or para-menthane,3,8-diol, the active ingredient in lemon eucalyptus oil. (Consumer Reports released a list of top-rated insect repellents to help protect against the Zika virus). Consumer Reports also cautions that you should avoid repellents with more than 30 percent DEET and not to use it at all on infants younger than 2 months.

Remember to apply sunscreen before the insect repellent for maximum effectiveness. Follow the label instructions for reapplication.

How can you keep kids and grandkids safe?

Summer is not just mosquito season; it's also the time when kids and grandkids come to visit and constantly run in and out of the house.

You can reduce your risk by keeping the air-conditioning running and, when the windows are open, using screens to keep mosquitoes from coming indoors, says Marc Fischer, a medical epidemiologist with the Division of Vector-Borne Diseases at the CDC.

How should this affect travel plans?

If you're traveling to a region known to have Zika transmission, there's no need to change those plans unless you're a woman who's pregnant or planning to get pregnant, says internist J. David Beckham, associate professor of medicine and infectious diseases at the University of Colorado School of Medicine.

Beckham says using mosquito-avoidance tactics when you travel, such as wearing Premetherin-embedded clothing and insect repellent with DEET, "is pretty effective."

For more information on Zika, try these resources: