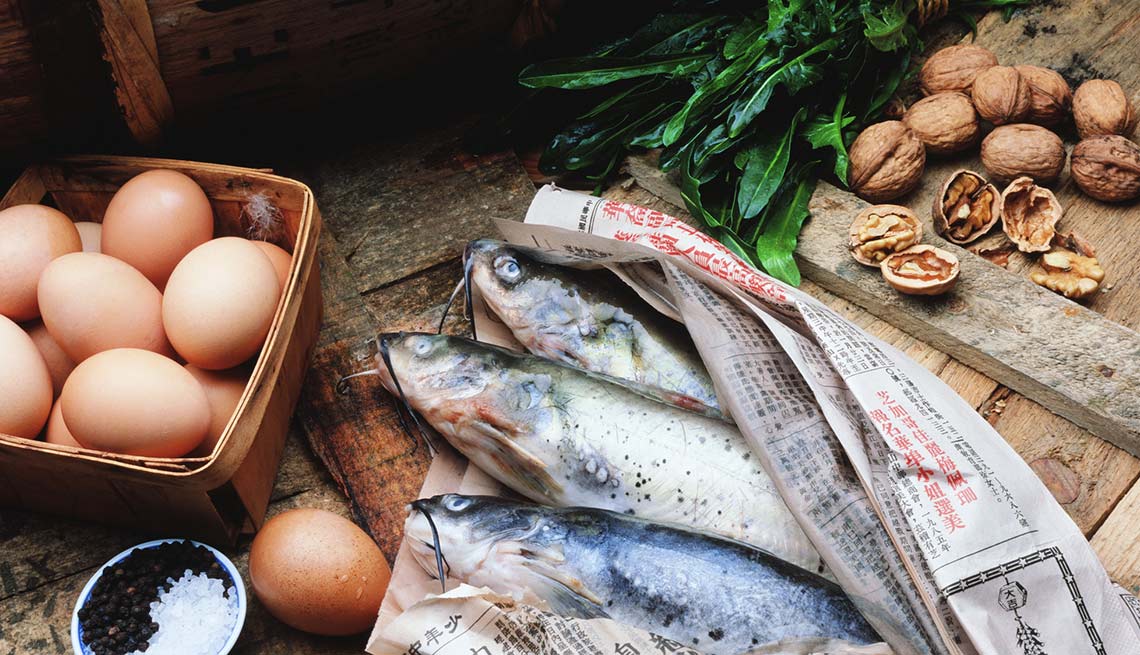 A diet rich in fish and plant foods was associated with about a 10 percent lower risk of fatal heart attacks.

En español | When it comes to omega-3 fatty acids, like the kind found in fish oil, the big question has been whether they really help prevent heart disease.

Findings up to now have been frustratingly mixed, but a new comprehensive analysis of international studies suggests a clearer answer: Regularly eating fish, nuts and other omega-3-rich foods are associated with a significantly lower risk of dying from a fatal heart attack.

“Our results lend support to the importance of fish and omega-3 consumption as part of a healthy diet,” senior study author Dariush Mozaffarian, dean of the Friedman School of Nutrition Science and Policy at Tufts University, said in a prepared statement.

The new research, published June 27 in the journal JAMA Internal Medicine, avoided some of the pitfalls of previous studies, many of which relied on self-reported food consumption or were conducted on people who already had heart disease.

Instead, a group of international researchers only analyzed large studies that had measured blood or tissue levels of omega-3 fatty acids, avoiding the problems of bias or error involved in subjects recalling what they ate. The researchers also excluded study participants with any prior heart disease or stroke.

The findings were also consistent across age, sex, race, presence or absence of diabetes, and use of aspirin or statins, researchers reported, although the study can’t prove a direct cause-and-effect.

"These new results, including many studies which previously had not reported their findings, provide the most comprehensive picture to-date of how omega-3s may influence heart disease," said co-author Liana Del Gobbo, a researcher with the division of cardiovascular medicine at Stanford University School of Medicine.

To add more omega-3s to your diet, here are some of the top sources:

Eggs: Look for those from hens fed a diet fortified with omega-3 fatty acids (it will say so on the label). The eggs will have more omega-3s in the yolk.

Nuts: All nuts contain omega-3s, including peanut butter, but the champion is walnuts, which contain the most.

Grass-fed beef: Contains about three times as much omega-3 fatty acids as corn-fed beef, but not nearly as much as fish.