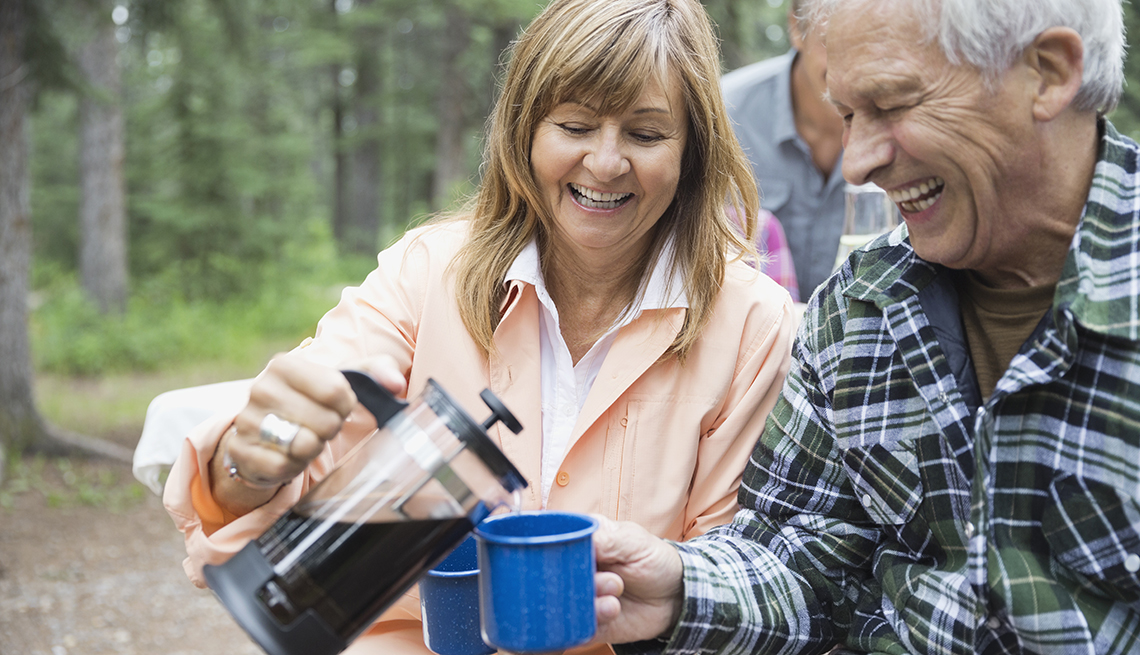 Hearing camp is a four-day program at the University of Connecticut at Storrs.

Who says only kids get to go to summer camp? Last week I went to hearing camp. We didn't sleep in bunks, but we did have sing-alongs, games and picnic lunches. And we spent a lot of time talking and, more importantly, listening.

Hearing camp is a four-day program at the University of Connecticut at Storrs, sponsored jointly by the university's Aural Rehabilitation Laboratory and the Hearing Rehabilitation Foundation, run by Geoff Plant in Somerville, Mass.

Most people may know UConn because of its championship women's basketball team, but the school also has a well-known Department of Speech, Language, and Hearing Sciences, of which the lab is a part. Four of the lab's graduate students, who are earning dual degrees in audiology, led the one-on-one aural rehabilitation exercises — 90 minutes in the morning and afternoon daily. The warm-up for the morning sessions was rollicking sing-alongs, led by Plant. Even for an aging cynic like myself, it was fun. And combined with plenty of coffee, it did get the brain working.

Aural rehabilitation, in the broadest sense, teaches you to listen better. It is often used for people getting cochlear implants and sometimes for those getting hearing aids for the first time. It can take many forms, from computer programs to group sessions to individual sessions with an audiologist or speech-language therapist. The American Speech-Language-Hearing Association (ASHA) has a good description of auditory rehabilitation.

For this camp, four people with severe hearing loss (three of us with cochlear implants, one with two hearing aids) worked with the four audiologists. Each camper and each audiologist had at least two sessions together.

The technique that was used is called KTH speech tracking, a program originally developed by Swedish researchers. The version we used was designed by a team at Gallaudet University, a Washington, D.C., institute of higher learning for deaf and hard-of-hearing students.

Here's how speech tracking works: In alternating five- and 10-minute sessions, the audiologist reads from a prepared script, stopping at the end of each line whether or not it's the end of a sentence or even makes sense. The client repeats what has been read. The audiologist's computer keeps track of how fast the client is responding. This is done with the speaker's face visible, and with it covered. Not surprisingly, most everyone does better when the speaker's face is visible. The exercises are designed to enhance the speed and agility of the brain to hear sound and repeat exactly what was read.

Program director Plant wrote the text we listened to — a supernatural suspense story about a boy and his mother from Australia. You might not want to sit down and read it, but it was effective for this kind of training.

If you're new to hearing aids or a cochlear implant, auditory rehabilitation helps your brain adjust, which ultimately helps you hear better. The result is improved, faster, more accurate word recognition. If auditory rehab isn't offered in your area, there are lots of ways to create your own version.

The easiest is to have a companion read to you from a book, stopping at the end of a line and having you repeat the words back. You can also listen to a recorded book, pausing it every few minutes to look at the written text to see how much you understood.

There are also several computer programs available online. The best-known of these is the L.A.C.E. program, which uses increasingly difficult exercises, usually with an increase in background noise. Background noise is the one thing, more than any other, that stymies people with hearing loss. There is also a fun computer game called Read My Quips that is designed to challenge you to understand speech amid noise.

So how did I do? I don't know yet. The audiologists will enter the KTH results in a computer, along with the results from a speech-in-noise test (QuickSIN) conducted at the beginning and end of camp to measure my improvement. I am hearing better anyway, because I recently got a new hearing aid, but hearing camp gave me an excellent chance to try it out. I look forward to getting my results.

But I'm not finished yet — and I never will be. As Plant says, auditory rehab is an ongoing process. He likens it to going to the gym to stay fit. If you stop, it doesn't take long for things to go back to the way they were.