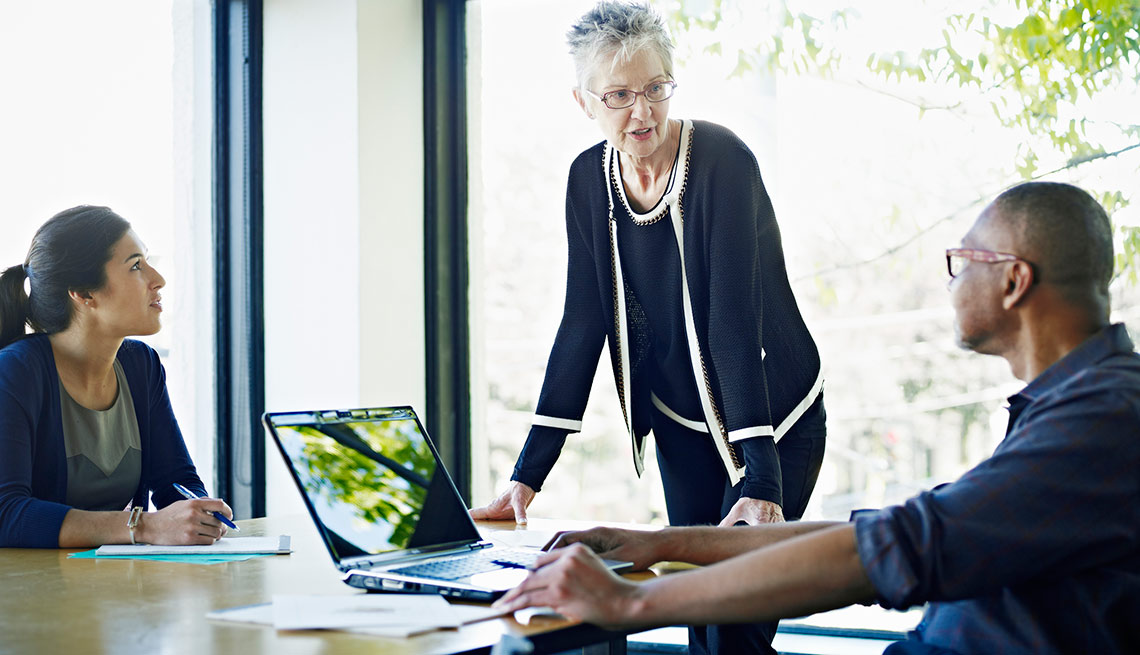 Dealing with the stigma of both hearing loss and aging at work can cause fear for some employees.

Older workers with hearing problems face a double whammy: They're dealing with the stigma not only of hearing loss but also of age. If they ask for accommodations on the job for hearing loss, they fear attention will be drawn to their age as well.

The Americans with Disabilities Act protects the rights of workers to ask for accommodations at work to help them hear more easily. However, research out of Oregon State University has found that older workers are less likely to feel there's support for them to ask for that kind of help, because of worries they'll be perceived as old by coworkers and managers.

Other research has shown that people with disabilities refrain from requesting accommodations if they think coworkers would find the request "normatively inappropriate" — meaning not in keeping with the office culture. For instance, an office environment with a focus on maximizing profits like that in The Big Short or The Social Network is perceived as being much less likely to understand and tolerate a disability than would a nonprofit that prides itself on a more inclusive culture.

Research by David C. Baldridge and Michele L. Swift of Oregon State University's College of Business, published in the journal Human Resources Management, studied the effect of age on such requests. Workers' fear of seeming old, they found, may trump their fear of seeming to have a disability. Their findings were based on an email survey of 242 workers ages 18 to 69. Most had moderate to severe hearing impairment.

Age itself has a negative stereotype in many workplaces, including the perception of "lower productivity, resistance to change, reduced ability to learn, and greater cost," the authors wrote. "These stereotypes are often associated with fewer promotions, less training, lower performance ratings, and lower retention."

But add disability to age and the stereotypes multiply. The older the person with a disability, the more likely they are to fear that others will attribute the request not to the disability, but to their age.

"Simply put," the authors wrote, "people with disabilities appear to face a straightforward yet troubling question, 'If I ask for a needed accommodation, will I be better or worse off?' "

In their discussion, the researchers advised managers and human resources personnel to realize that while many older employees may be eligible for and would benefit from disability accommodation, "these employees might also be particularly reluctant to make requests," especially if they work in for-profit organizations or if the organization appears not to have others with disabilities.

When the disability is hearing loss, managers should make sure telephones have adjustable volume (and, I would add, be telecoil compatible). Large meetings should routinely include open captioning, which can also help employees with normal hearing follow what's being said.

In an email interview, Baldridge said managers should think about the inclusion of persons with disabilities as "a normal aspect of diversity management."

As the workforce ages, disability increases. The Bureau of Labor Statistics reports that about 26 percent of those ages 65 to 74 are in the workforce, and the majority are full-time workers. It's in a company's interest to have employees working at full capacity. If people are reluctant to ask for accommodations for a disability, their output and effectiveness are likely to suffer.

Please share your workplace experiences in the comments section.

For more information about David Baldridge's studies of disability and the workplace, email him at David.Baldridge@bus.oregonstate.edu.