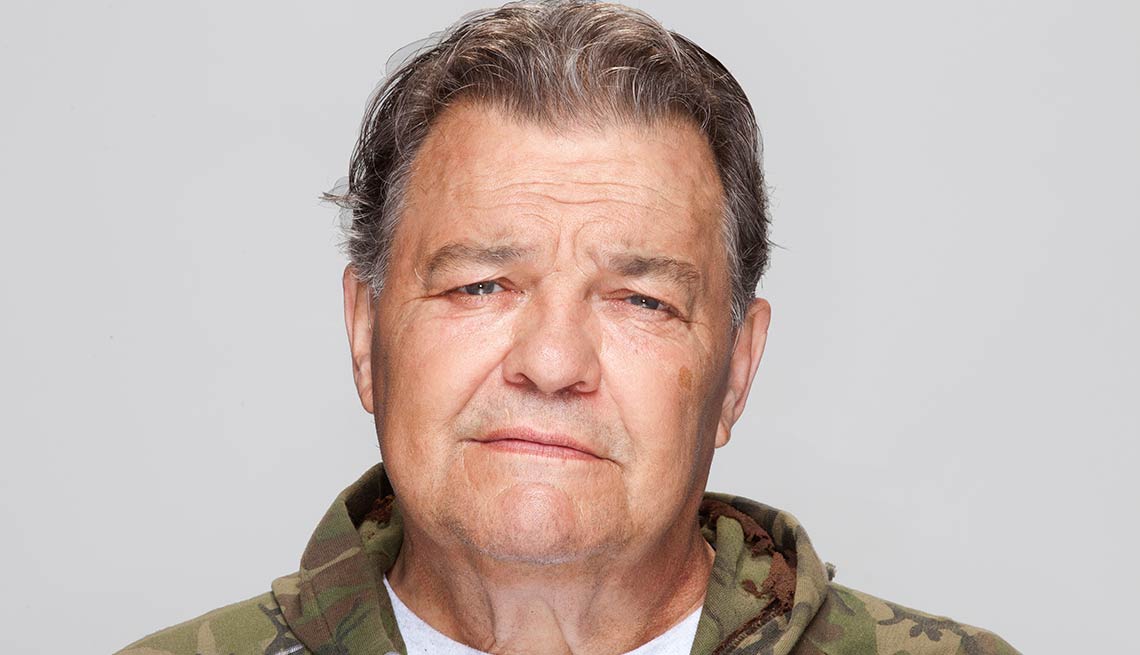 After two tours as an infantryman in Vietnam, Dave Dillard came home to a country that he felt didn't understand where he'd been, or how the war had affected him. The Army discharged him with no advice about the lingering mental strains of combat. His family told him to get on with his life. Some of the World War II veterans he met at the Veterans of Foreign Wars post weren't much help, either. "Just forget it," they told him.

He couldn't forget, but he moved on. He studied theater arts in San Francisco and later taught elementary school. But he gradually withdrew from friends and family. He avoided crowds and standing in lines. While mowing the lawn one afternoon, a loud noise sent him diving under a bush. Sleep was tortured. He dreamed that he'd been sent back to Vietnam for a third tour, and always he saw the same North Vietnamese soldier, his face lit up in the darkness by a rifle's muzzle flash.

Listen to “We’ve Never Been The Same: A War Story”

In the mid-1980s he started searching for the men with whom he'd fought. He found them one by one over the next three decades. Many of them, he discovered, had been suffering as he had, and most hadn't gotten help until years later, if they'd sought help at all.

This is a common story among older combat veterans, who have contended with both the stigma of appearing weak and the lack of knowledge about the mental effects of combat. Post-traumatic stress disorder (PTSD) — characterized by hypervigilance, intrusive thoughts, nightmares and avoidance — wasn't a formal diagnosis until 1980, and effective treatments weren't widely available until the 1990s.

"They came home, stayed quiet and tried to muddle on as best they could," says Steven Thorp, a San Diego psychologist with the U.S. Department of Veterans Affairs. "They worked really hard as a distraction, 70, 80 hours a week, so PTSD didn't really hit them full force until they retired, or the kids left the house, or they're reminded of loss through the deaths of their friends."

Dillard didn't know how to right himself, but he knew exactly what had changed him: one long, terrible night in the jungles north of Saigon during his first tour, when Delta Company, his unit from the 101st Airborne Division, was nearly overrun by hundreds of North Vietnamese soldiers. That night he witnessed heroics by his captain, Paul Bucha, and waited with Delta Company buddies like Calvin Heath and Bill Heaney for a dawn they feared would never come.

"That night marked all of us," says Dillard, 66, who now lives on a ranch in Livingston, Texas, and assists other veterans with their disability claims. "It's been the source of lots of nightmares." 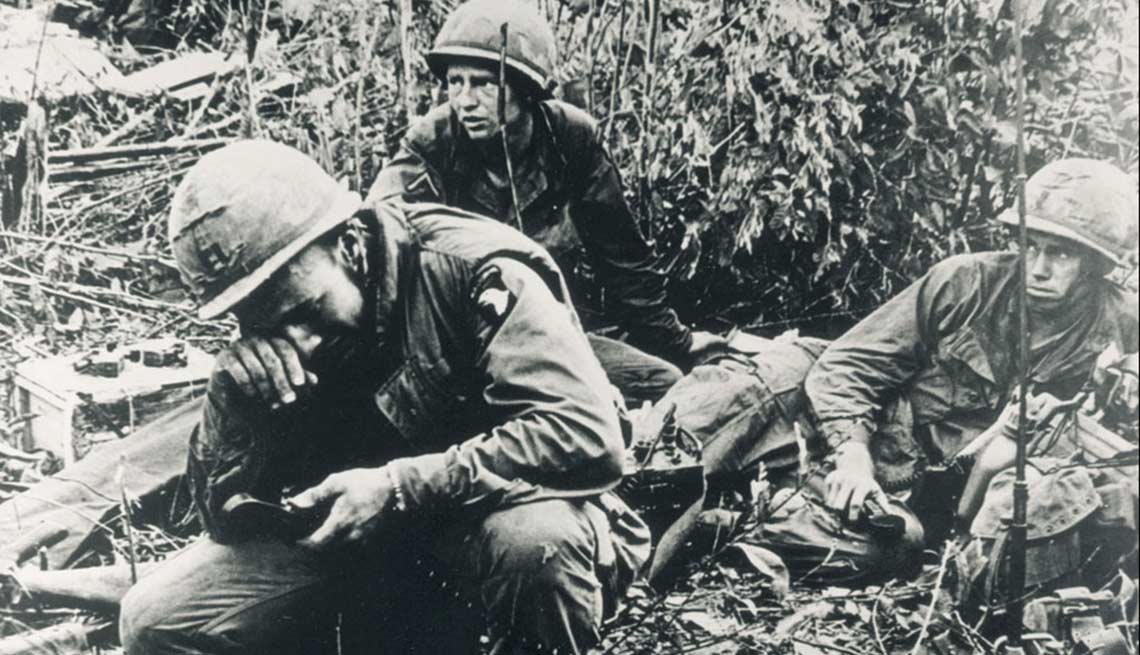 Hell in the jungle

Eighty-nine men stretched out in a long column that snaked north through the jungle. They'd been dropped off by helicopter two days earlier and ordered to track down North Vietnamese soldiers who had infiltrated South Vietnam for the Tet Offensive. At dusk on March 18, 1968, a soldier radioed back and asked Capt. Bucha, the commander of Delta Company (3rd Battalion, 187th Infantry Regiment), if he could recon by fire — shoot a few rounds to provoke a response from any enemy waiting in ambush. He fired twice, and the jungle erupted.

"The entire mountain in front of us just blew up," Bucha says, "fire from everywhere."

Amid the fire from machine guns and rocket-propelled grenades, the company medic sprinted ahead to treat the wounded. Bucha followed and used hand grenades to kill a machine-gun nest in a tree, the first of many actions throughout the battle for which he would be awarded the Medal of Honor. Bucha continued forward and found the medic and several other men dead from the initial attack.

1. Hypervigilance and an exaggerated startle response — being on guard and jumpy

4. Emotional numbness, lack of interest in activities and difficulty feeling love and joy

5. Avoiding thoughts and situations that are reminders of a traumatic event

Farther back, the wounded were gathered in a small clearing. A helicopter arrived to evacuate them but didn't have room to land. Soldiers decided to carry the wounded to a larger landing zone, but as the helicopter flew to that location, Dillard, who was Bucha's radio operator, saw it being hit with gunfire from the opposite direction. He realized they were surrounded.

From the corner of his eye, he saw a grenade land a few feet away. The explosion wounded two men and rattled Dillard. For several minutes he didn't know where he was or what was happening — and he forgot to warn the others about the gunfire from the south. The soldiers evacuating the wounded walked into another ambush and several more were killed, deaths for which Dillard blamed himself.

As night encased the jungle, survivers consolidated in a small clearing and Bucha issued an extraordinary order: In order not to give away their position, no one was to fire without his permission. Instead, Bucha and his men threw hand grenades and lobbed tube-launched grenades at random intervals in different directions to confuse the enemy and give the impression that they were a much larger force.

The enemy crept in close, probing for the Americans. Dillard, body pressed to the ground, watched a Vietnamese soldier just a few feet away fire in the opposite direction, the enemy's face illuminated by the rifle flash. "This is a hell of a place for it to end," he thought. 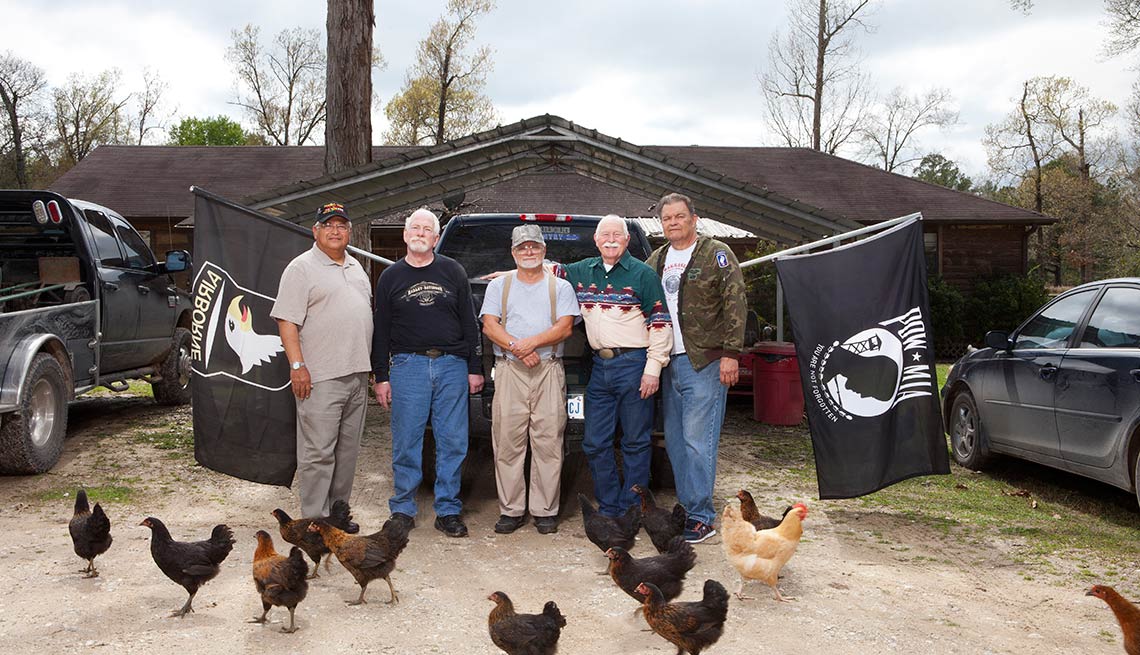 For the men who endured that hellish night, the seeds of shared trauma had been planted.

Dillard and others from Delta Company credit Bucha with their survival. But Bucha, now 71, saw the battle as a personal failure. "I must have done something wrong," he says.

"By saying that I failed, that allows me to live with the fact that someone died. I don't accept that someone has to die and you did everything right," he says.

After leaving the Army in 1972, Bucha worked for an American company in Iran. He was in Lebanon during its civil war and in Pakistan during a coup. While those adventures mitigated his trauma, guilt visited him daily. "At some point I'll wake up and just think: What did I do?" he says. "I needed a counselor to explain that's natural."

A few years ago, Bucha sought help for the guilt and anger issues arising from the war, joining a growing cohort of veterans seeking relief from decades of anguish. Thorp, who runs the San Diego VA's PTSD clinic, says visits have tripled over the past decade, and most of those patients have been older veterans.

Prompted in part by the large number of Iraq and Afghanistan veterans seeking care, the past few years have seen a growing use of novel treatments for post-traumatic stress, from yoga and meditation to virtual reality and time spent in the outdoors.

Two common psychotherapy treatments are cognitive processing therapy and prolonged exposure therapy. In cognitive processing therapy, patients work with a therapist to better understand and change how they think about a traumatic event and its aftermath. For exposure therapy, patients try to overcome or lessen the fear of memories by talking through the traumatic event — repeatedly and at length — and confronting situations that cause anxiety.

There are unique challenges in treating retired veterans. Unlike, say, a 22-year-old Afghanistan veteran who seeks help for post-traumatic stress in the immediate aftermath of war, for many older veterans the misery has already come to pass. "They're kicking themselves. 'Why didn't I do this earlier? I could have saved decades of pain, for me and everyone else,' " Thorp says. "But, as I always remind them, even if they had recognized it and wanted to get help, it wasn't around. There was no official diagnosis, and there were certainly no well-developed treatments, in terms of medications or psychotherapies."

Dillard lost touch with his buddies after leaving the Army. He went by himself in 1983 to the Vietnam Veterans Memorial in Washington with a list of dead friends to locate. Then he vowed to find the living. At first, progress was slow. But the Internet brought quicker results. Dillard organized a reunion in 1999 for a half-dozen men at the home of their old first sergeant. A second Delta Company reunion in 2001 drew more than 40 men. 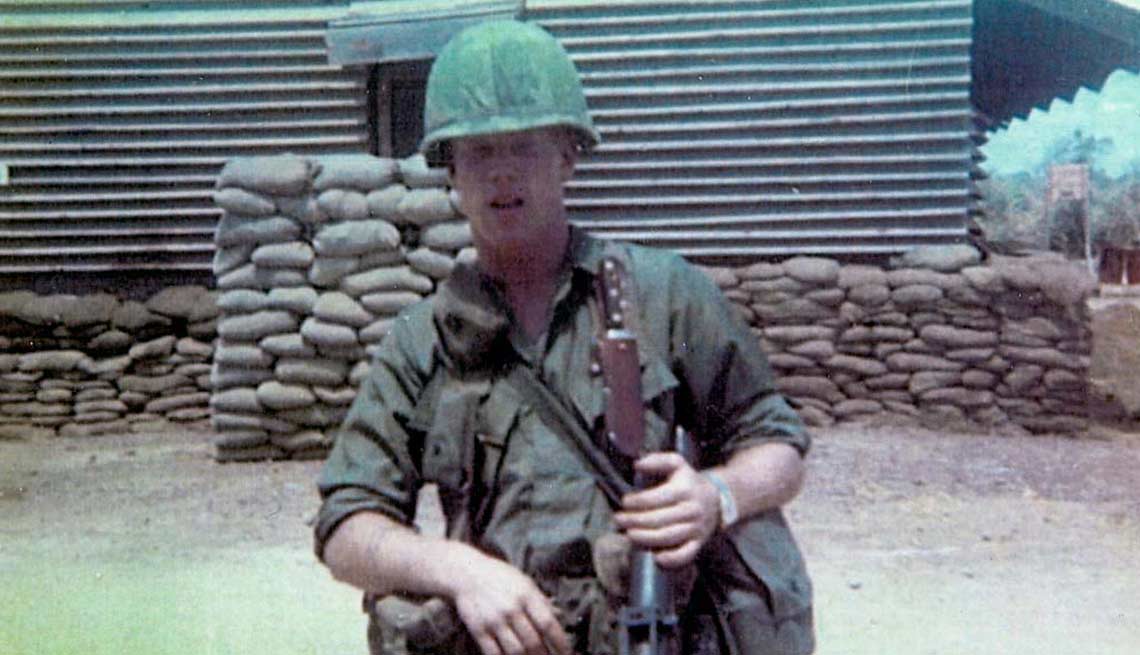 Among them was Bill Heaney. He hadn't been in touch with his Army friends since he left Vietnam, and wasn't sure about dredging up so many memories. "You didn't talk about it back then," he says. "You just held it inside. There was nobody to talk to."

He tried a VA hospital in the early 1970s, but they made him feel he was crazy, he says. He stayed away from the VA, and instead self-medicated. "I got high every chance I could," he says.

But his former comrades from Delta Company would provide the help that the drugs and the VA hadn't. At the reunion he found that everyone had struggled after the war. "They were all looking for the same thing I was," says Heaney, who lives in New Haven, Conn., and works as a computer technician at Yale University. "It's great to know you're not the only one going through it."

He returned to the VA in 2004 and was diagnosed with PTSD. He attends therapy regularly and has stopped using drugs and drinking. For veterans from Iraq and Afghanistan, his advice is simple and emphatic: Don't wait. "When we came back, we had no choice," he says. "They can learn from our experience."

Heaney was with his friends again in March, on the 47th anniversary of the battle. Five Delta Company soldiers gathered, this time at Dillard's ranch in Texas, where Dillard barbecued 15 pounds of beef brisket. They caught up on each other's lives and traded stories about long-ago parachute jumps at Fort Campbell in Kentucky. They talked some about Vietnam, too.

Heaney thinks about Vietnam daily, but has made peace with it. "You just have to realize it's not your enemy anymore," he says. "It's not going to hurt me anymore. It's just memories."