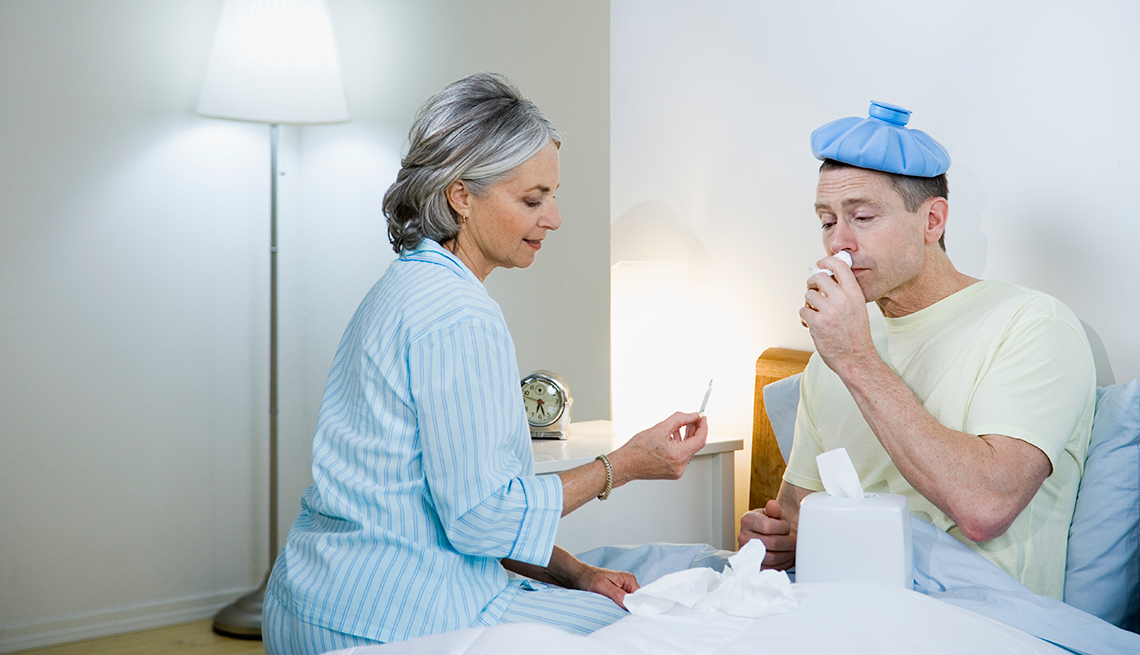 Reduce your risk of getting flu-related pneumonia by getting a flu shot.

En español |The cold and flu season is fully under way, but if you've been dragging your feet about getting a flu shot, here's an armload of new reasons why you should.

The most important reason: The new, updated vaccine should do a much better job at protecting you against the flu than last year's shot, which was just 13 percent effective, thanks to a mutation in a flu strain after the vaccine was manufactured.

As a result, the 2014-2015 flu season resulted in the highest rate of hospitalization ever recorded among those 65 and older, according to the Centers for Disease Control and Prevention.

This year's shot should be a better match, making it more effective at warding off illness.

Even so, the flu vaccine is typically only 50 to 60 percent effective. So why get the shot? There are significant benefits.

For one thing, if you get the flu anyway, the vaccine protects you against severe complications that could require hospitalization. A 2013 Vanderbilt University study found the shot reduced the risk of being hospitalized by 77 percent in those age 50-plus. And a Vanderbilt study this year suggests that 57 percent of flu-related pneumonia might be prevented by getting a flu shot.

The flu vaccine can also reduce the risk of heart attack by nearly 30 percent, says a new study published in the British journal Heart. Your chance of having a stroke also drops in the first two months following a shot, British researchers reported.

A word of caution if you're taking statins. Two new studies by Emory University suggest that statins may decrease the effectiveness of the flu vaccine. Older adults on statins had fewer flu-fighting antibodies in their bloodstream three weeks after the shot than those not taking statins. The findings could support the use of high-dose flu vaccines in older adults to help boost their immune response. However, the studies were funded by Novartis, a maker of those high-dose flu vaccines.

Active older men should also take heart: Getting regular exercise may help increase the effectiveness of your vaccine, a new study suggests. Men ages 65 to 85 in Brazil who had been consistently active and had gotten flu shots for the previous five years had higher levels of flu-fighting antibodies in their bloodstream compared with inactive men.

So how do you know if it's the flu or a cold? See the chart below for guidance. A good rule of thumb is that cold symptoms generally occur from the neck up, while flu symptoms take over your whole body. Here are more tips for getting through this sneezing, coughing, achy, fever season.

Once the cold and flu season starts, gargle daily and take probiotics. Gargling can lower your risk of getting sick, research shows, and probiotics may also help prevent colds and boost your immune system, according to a 2015 review of research by the Cochrane Collaboration. Mark Moyad, M.D., of the University of Michigan Medical Center and author of Dr. Moyad's No BS Health Advice, recommends eating yogurt with active cultures or taking a probiotic supplement. Supplements containing lactobacillus should have at least 5 billion colony-forming units per daily serving.

Turns out, you should feed both, medical experts say. The body needs healthy food and, especially, lots of liquids to help fight against both a fever and a cold, Moyad says.

You're contagious even before your symptoms start getting bad, say infectious-disease experts, so if you wake up feeling under the weather, the virus is already multiplying. Plus, you remain contagious for five to seven days after becoming ill. So do your colleagues a favor — stay home, and don't infect them.

Green tea has catechins, a type of antioxidant that can help protect against the flu, studies suggest. Even more dramatic: A 2012 study found that wearing a surgical mask and regularly washing your hands during the flu season resulted in a whopping 75 percent reduction in flu risk. Need another reason to wash your hands? Viruses survive on surfaces between two and eight hours, so people touching doorknobs and countertops who then touch their mouth or nose can get sick as the virus enters the respiratory tract.

Prescription antiviral drugs, such as Tamiflu, can shorten your misery by one to two days and help prevent complications such as pneumonia, but you need to take the medication within the first two days of the start of symptoms. In other words, don't wait to call your doctor. 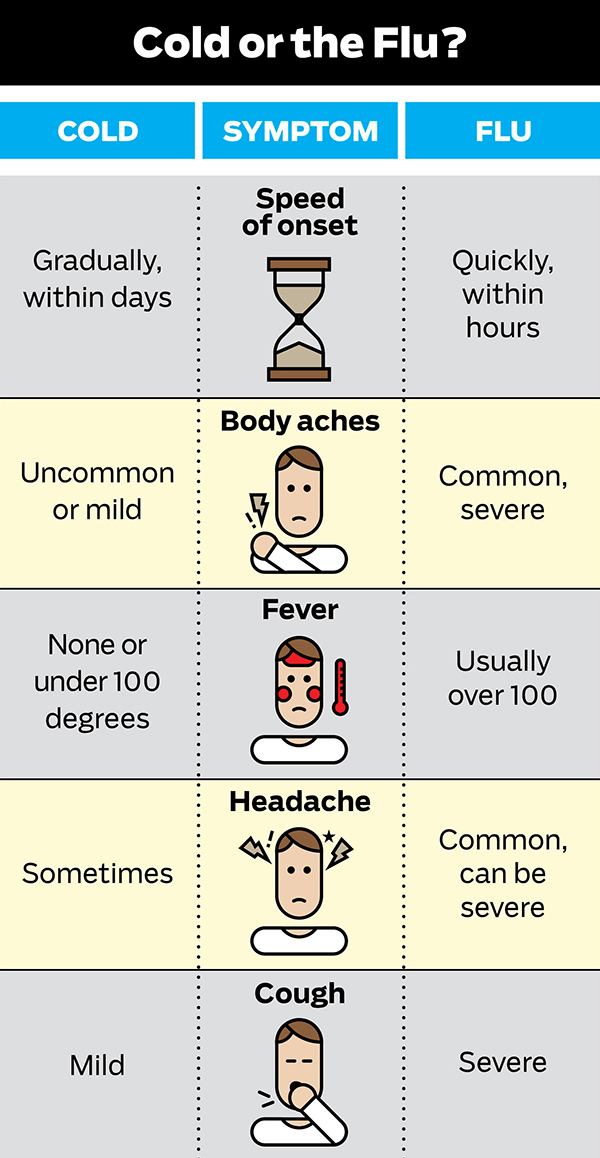