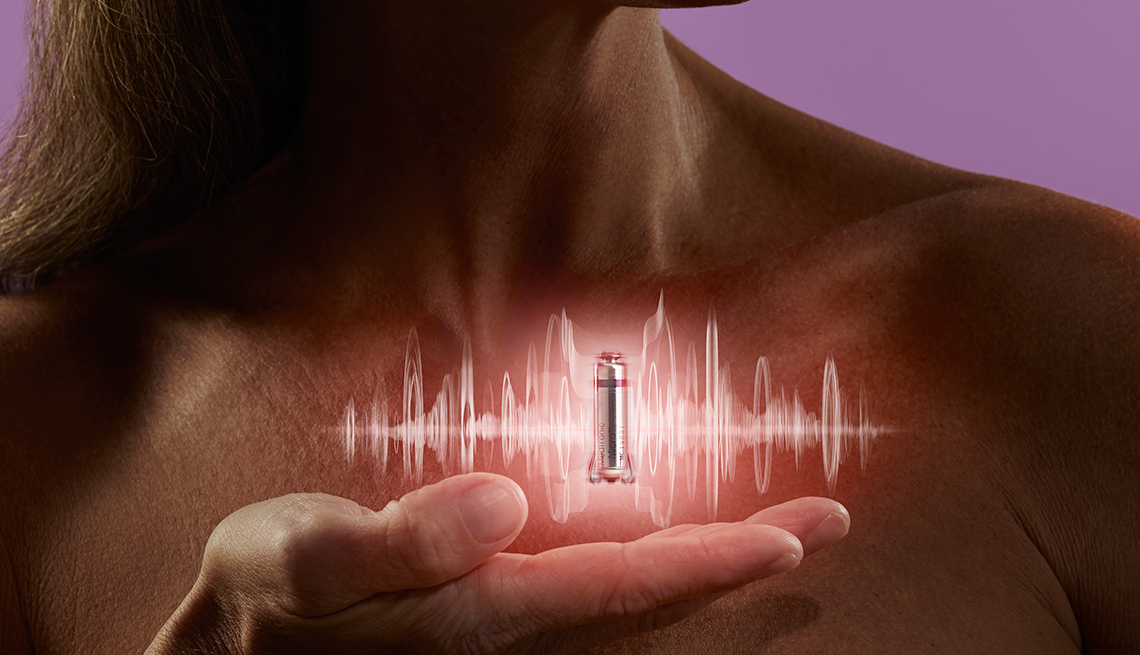 A medical breakthrough, this tiny wireless pacemaker may give heart patients the energy to be more active.

En español l From a wireless pacemaker the size of a vitamin pill to a DNA test that can identify life-threatening bacteria in minutes instead of days, these new advances are already transforming patients' lives.

1. A tiny wireless pacemaker that gives heart patients the freedom to dance again

"I used to be so exhausted by dinnertime, I could barely move off the couch," Mary Lou Trejo, 77, remembers. Now the Columbus, Ohio, woman mows the lawn and weeds her garden; she even recently painted her garage door. And it's all thanks to a wireless pacemaker that's the size of a large vitamin pill.

Unlike conventional pacemakers, which are implanted through the chest and have electrical wires that run through a vein to the heart, this tiny version requires minimally invasive surgery, explains cardiologist John Hummel of Ohio State University's Wexner Medical Center in Columbus, where he is leading a clinical trial of the device.

Being wireless, it can be threaded through an artery in the groin and then attached directly to the heart muscle. Unlike the traditional dual-chamber model, it is designed to stimulate just one chamber of the heart, so for now it's being used only in people with bradycardia, a slow, irregular heartbeat that can cause fatigue, dizziness, fainting and shortness of breath — all the symptoms that used to plague Trejo. Not anymore. "My daughter says I run rings around her now," she says, laughing.

2. A new immune- boosting 'vaccine' that could revolutionize cancer treatment

Ask 67-year-old Harold Steffen how much better he's feeling since he began an experimental pancreatic cancer treatment, and he'll give you this convincing example: He had the energy to go marathon shopping with his daughter as she hunted for a wedding dress last summer. "She looked at 65 dresses, and I hung in there for the whole thing," he says proudly.

Steffen, a retired computer programmer from Woodinville, Washington, had been undergoing chemotherapy for pancreatic cancer for three years. "It was having less of an effect," he says of the treatments. They were also leaving him exhausted both emotionally and physically.

That's when his doctor, Vincent J. Picozzi Jr., a pancreatic cancer specialist with Virginia Mason Hospital and Seattle Medical Center, told him about a new clinical trial testing immunotherapy, in which a patient's immune cells are used to attack the cancer. The two-pronged treatment works like a vaccine in getting the body to identify and attack destructive cells. First, two types of pancreatic cancer cells "teach" the patient's immune system to "recognize pancreatic cancer cells as bad," says Picozzi. Then a second treatment, an injection of the genetically altered bacteria Listeria monocytogenes, stimulates the immune system to fight those cells.

The treatment, given intravenously every three weeks, "is much milder than chemo," Steffen says. Even better: It has kept his cancer in check.

3. A hybrid hearing aid that offers hope when the volume starts to fade

This past spring, Abrol, 66, of Watkinsville, Georgia, became the second person in the country to receive a hybrid cochlear implant, a combination hearing aid and cochlear implant that Cleveland Clinic audiologist Sarah Sydlowski calls "a game changer" for patients.

Traditional cochlear implants are typically used on those with severe or complete loss of hearing. Instead, the hybrid device is surgically implanted in those who can still hear some low-pitched sounds but whose hearing "sharply drops off in higher pitches," making it difficult to follow a conversation or fully enjoy music, explains Sydlowski, audiology director of the clinic's hearing-implant program.

Approved by the U.S. Food and Drug Administration (FDA) in March, the hybrid implant treats sensorineural hearing loss — the most common form, which occurs when the cochlea (the inner ear) has been damaged by aging, heredity, illness or loud noise. Like Abrol, people with this condition often do not benefit from conventional hearing aids.

In fact, by the time she came to see Sarah Mowry, M.D., director of the hearing and balance center at Georgia Regents Medical Center in Augusta, Abrol couldn't hear well enough to talk on the phone and could only understand what someone was saying if the person was facing her so she could read lips. The hybrid device combines the functions of both a hearing aid and a cochlear implant to transmit sounds to implanted electrodes in the high-frequency part of the cochlea.

It usually takes patients a few months to get used to hearing with a cochlear implant, but Abrol surprised them all. Soon, she could more easily converse with friends, use the phone, understand songs on the radio. "This gives people the opportunity to socialize again and participate in things they enjoy," Mowry says.

4. A high-tech DNA test that can diagnose infectious diseases within hours

It had been a fabulous summer hiking in the Australian Outback, but by the time Andrea Struve returned to San Francisco, she was feeling very ill. The graduate student's muscles and joints ached, she had a fever, and she couldn't stop sweating. Doctors ran tests, but they all came back negative. Even her father, a doctor and diagnostician, couldn't figure out what was wrong. Struve finally enrolled in a new trial that uses a breakthrough type of diagnostic computer software to help sort through millions of bacteria DNA fragments in just minutes. Instead of looking for only one disease at a time — the equivalent of finding a needle in a haystack — the software goes through the whole haystack to see if any of the "needles" match the patient's blood sample, explains Charles Chiu, M.D., professor of laboratory medicine and of medicine, infectious diseases, at the University of California, San Francisco, who, along with colleagues, helped develop the new software.

UCSF researchers had successfully used the software, as part of their Next Generation Sequencing test for infectious diseases, to diagnose a 67-year-old man with a mysterious infection that turned out to be caused by a sand fly bite; they thought they could also help Struve.

The diagnosis: a rare occurrence in an adult of the herpes 7 virus. "Usually only kids under age 10 get it," says Struve. "I was just so happy it was something minor." Plus, unlike with conventional blood tests, which can take several days, even weeks, to yield results, Struve's diagnosis took 48 hours, with only 13 minutes needed for the computer analysis.

"Turnaround time is very important in infectious diseases. You can have a patient who can die within hours. You need to have a program that can analyze data within minutes to hours," Chiu says.

The test can also identify noninfectious causes of illness. "For example, it can show that it isn't an infection but an autoimmune disease," he says.

Chiu's goal with the new software is to make it as widely available as possible: "Two years ago this software didn't exist. Eventually, we would like lab technicians and doctors to be able to use it right off the shelf." 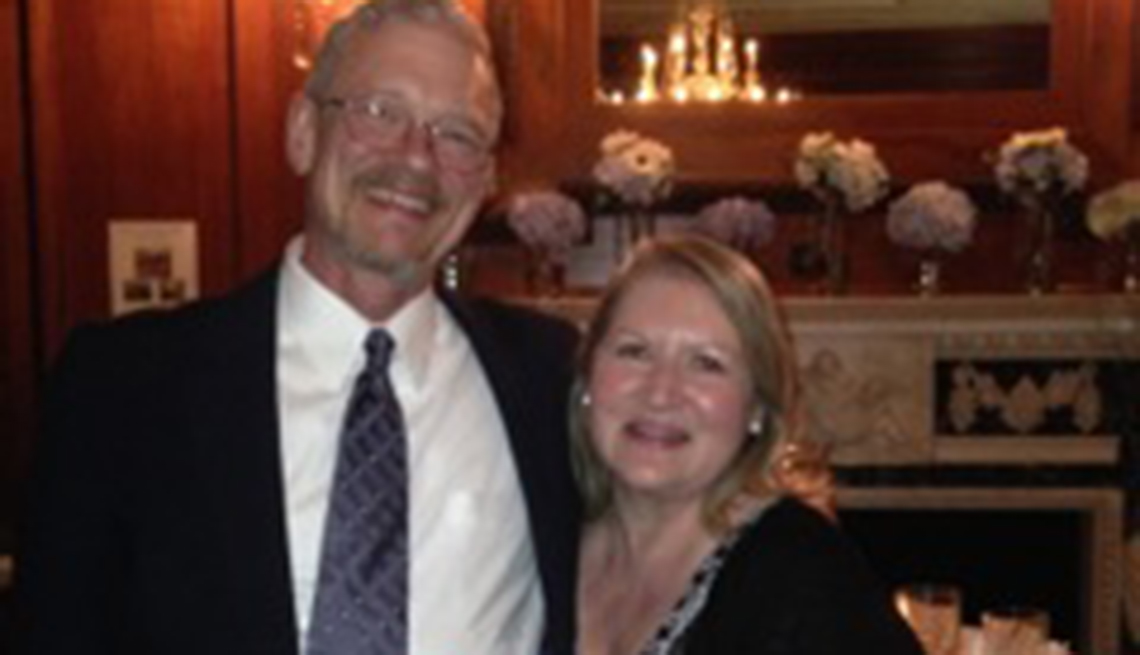 5. An unlikely miracle cure for patients who are suffering from a deadly intestinal disease

Catherine Duff was dying. The antibiotics she had been given to fight the infection and life-threatening diarrhea from Clostridium difficile bacteria (C. diff ) weren't working. Now 58, Duff, from Carmel, Indiana, was in renal failure, and her doctors weren't sure she could survive surgery to remove her colon. She had read about fecal transplants and figured it was worth a last-ditch effort. Four hours later, she says, "I felt 95 percent better. I wouldn't have believed it if anyone had told me beforehand."

Each year in the U.S., C. diff causes 250,000 infections requiring hospitalization, and 14,000 deaths, according to the U.S. Centers for Disease Control and Prevention. Antibiotics not only frequently fail to treat the infection; they can also make it worse by destroying some of the normal, helpful bacteria in the intestine, allowing even more C. diff bacteria to take hold. In addition, an aggressive new strain of C. diff has recently emerged that produces more toxins and is more resistant to medication.

A fecal transplant uses the healthy bacteria from a normal stool sample to reseed a weakened intestine so it can fight off infections naturally. Despite the yuck factor, fecal transplants have had what at least one researcher calls a "miraculous" effect in curing people with the debilitating effects of C. diff.

Up to now, transplants have been given via a colonoscopy — which requires daylong prep, anesthesia and an outpatient clinic — but researchers are working on newer methods that are easier, less costly and can be done in a physician's office.

Elizabeth Hohmann, M.D., associate professor of medicine and infectious diseases at Harvard Medical School, has been testing a frozen stool sample given through a tube in the nose or during a colonoscopy, as well as capsules containing frozen material that are swallowed with water, both of which have resulted in 90 and 91 percent success rates, she says. The procedure, she adds, has worked on children as young as 2 and adults as old as 90. "Some patients are too repulsed to try it. They say they'd rather die," she acknowledges. "But people who have had three, five, sometimes even 15 rounds of C. diff, they don't blink at something that will help them."

For Duff, who had C. diff eight times between 2005 and 2012, and underwent two fecal transplants, the experience was transformative.

After the last transplant, in 2012, she went on to found the Fecal Transplant Foundation, which helps patients find doctors who perform the procedure. Physicians and researchers are also hoping the FDA will change some of its restrictions on the procedure, making it easier for patients to get insurance reimbursement. "In 2010 when I had C. diff, my insurance paid $275,000 just for my [antibiotic] Vancomycin for a year," says Duff. "A colonoscopy fecal transplant is between $1,000 and $1,200, plus $250 for a frozen stool sample. Why wouldn't insurance companies pay for a fecal transplant when its efficacy is no longer in question?"

Candy Sagon writes about health for AARP Media. See more of her health reporting on the AARP Blog.