A new study shows that a common antibiotic can help reduce the frequency of flare-ups — severe coughing, wheezing, increased mucus — in patients with chronic lung disease.

For four years researchers in Denver followed more than 1,000 patients with an average age of 65 who had chronic obstructive pulmonary disease, or COPD. The patients had all experienced flare-ups in the previous year or were on oxygen. Half the group got a daily dose of 250 mg of azithromycin (Zithromax). The other half received placebos. 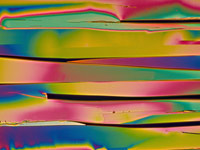 Researchers measured the time it took for patients to experience an acute flare-up. Those taking the antibiotic went an average of 266 days without a flare-up, while the average for those on the placebo was 174 days.

About 12 million Americans have COPD, a lung disease caused by smoking and environmental factors that weaken the lungs and make it difficult to breathe. Emphysema and chronic bronchitis are the two main forms.

The flare-ups, a symptom of the disease, require medical attention — at least a phone call to a doctor — and each one reduces lung function in patients with the disease.

Patients who have these flare-ups or are on oxygen because of the disease can improve their quality of life by taking the antibiotic, says the study's lead author, Richard Albert, M.D., chief of medicine at Denver Health and Hospital Authority, a nonprofit clinic in Denver.

Past research suggests that azithromycin is effective against inflammation, which is linked to flare-ups, as well as bacteria. But studies had mixed results in using antibiotics to reduce flare-ups of COPD.

The previous largest study followed only 109 patients, "not large enough to make a definitive decision," Albert says. The new study, he says, is the largest by tenfold.

"It's an important finding," says Norman Edelman, M.D., chief medical officer of the American Lung Association, who was not involved in the study. The flare-ups, he explains, make breathing even more difficult for these patients. "Most of us believe that preventing exacerbations will slow progression of the disease," he says.

The study was published in the Aug. 25, 2011, issue of the New England Journal of Medicine.

Also of interest: Flying and emphysema. >>