Our Social Security Resource Center can help you make the most of this vital program. Visit today. 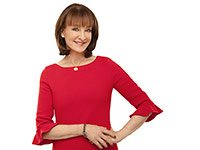