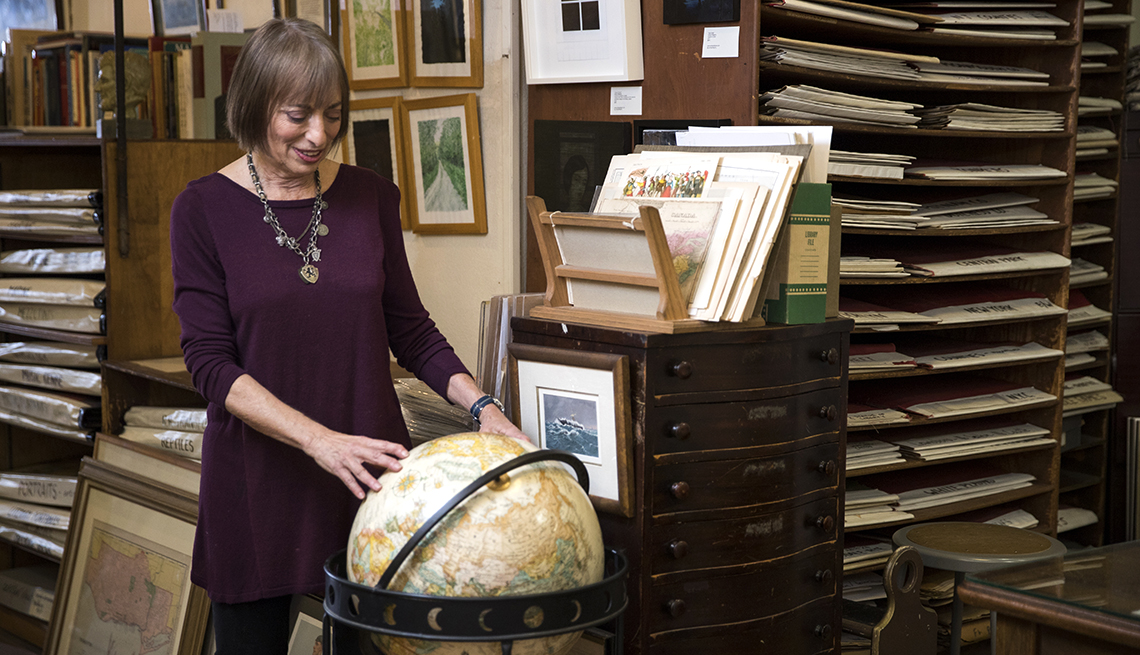 Photo by: Victoria Will

Novelist Catherine Hiller looking at a globe of the world.

Like many of my peers, I never learned to locate the countries of the world, and I've always felt disadvantaged when I read about nations I can't place. So last year, I decided to memorize the locations of all 195 countries.

The difficulty of the task was part of its appeal. The aging mind needs challenges, and I knew that this exercise would test my memory — and hopefully strengthen it. My spatial ability is poor, but psychologist Carol Dweck has shown that mental abilities are not fixed: We can improve them if we believe we can. Dweck calls this attitude a growth mind-set.

Armed with my own growth mind-set, I started with the Middle East. It's always in the news, so at least the names were familiar, but I had a hard time anchoring down their places. What I'd learned on Monday, I forgot by Wednesday, so every day I had to go over it all. For 10 minutes each weekday, I stared at maps. Finally, I mastered the region's 17 countries.

On to Africa! It has 54 countries, most of which rarely appear in the news. Here, I used mnemonic devices. In southeast Africa, for example, I seized on “the 4 Z's" — Tanzania, Mozambique, Zambia and Zimbabwe.

Then my first grandchild was born, and I had a new Z to think about: Zadie. For days I stopped memorizing countries and instead gazed at photos of the baby. When I got back to my Africa map, I'd forgotten Gabon, as well as the Republic of the Congo, even though it's right next door to the Democratic Republic of the Congo. Clearly, I would backslide if I didn't rigorously cleave to my practice.

Europe was next. Only after many days staring at Hungary and Austria did I recall that, at age 10, I failed my interview for the TV program Quiz Kids by being unable to name more than two landlocked European countries. Could this failure be the deep reason for my current obsession?

North America, with its three familiar nations, was a gift, and South America was also familiar except for Guyana, Suriname and French Guiana. But seven countries are squeezed into Central America, and then there are all the Caribbean island nations. The New World, I knew, would take a while longer. And on that thought, I took a 10-day holiday from maps and traveled cross-country to meet Zadie.

Being with my grandbaby was bliss. Once home, however, it took many days of study to get back to where I'd left off. Perhaps this task will last forever, I thought; perhaps for every country I learn, I'll forget another. And probably my mind would get less retentive with the years, until I might not even know the names of the continents — nor, indeed, the name of my own village.

On this somber note, I contemplated Asia. Meanwhile, parts of Europe were fading fast. Serbia, where are you? Slovenia? Slovakia? I worried I'd fail my final test. Then I reminded myself that the process was the point. Memorizing maps was my brain game. My friend Jane was taking drum lessons and going to physics meet-ups to maintain her brain. Surely I could tackle Barbados, Dominica and Grenada. And the 13 island nations off the east coast of Australia. (Sadly, soon there will be only 11, as Tuvalu and Vanuatu are being flooded by the rising seas.)

A few months had passed since I'd started my task, and I was finally ready to test myself. I filled in a series of blank outline maps I'd downloaded from the internet, hesitating here and there. It took almost half an hour. Then I checked my work.

To my chagrin, I saw I had nine countries wrong. This was disappointing, until I realized I'd also gotten 95 percent of the countries right. Ninety-five percent would have to do! I was, for the moment, elated. And my children were impressed. (Old dog, new trick.)

And now I'm ready to visit Zadie again, and I wonder what present to bring. Then I know. I'll arrive with a globe — so I can give her the world.

Catherine Hiller, 72, is the author of one memoir and six novels, the latest of which is The Feud.