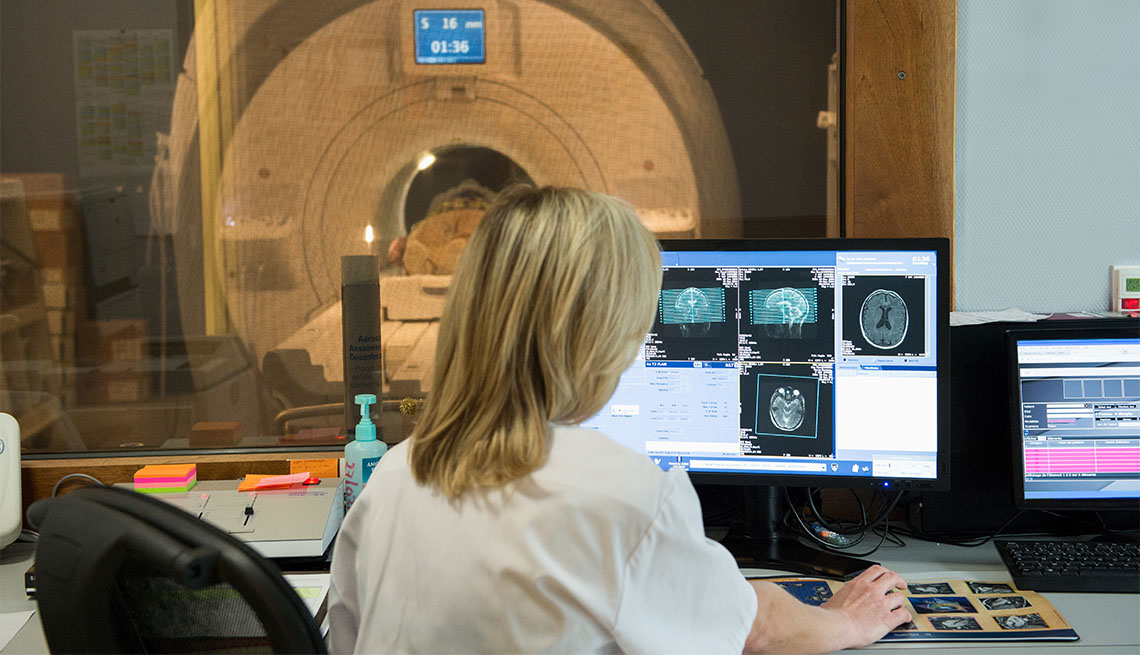 Memory and thinking skills slow with age, but now scientists are peeking inside living brains to tell if depression might worsen that decline — and are finding some worrisome clues.

Depression has long been linked to certain cognitive problems, and depression late in life may even be a risk factor for the development of Alzheimer's disease. Yet how depression might harm cognition isn't clear.

One possibility: Brain cells communicate by firing messages across connections called synapses. Good cognition is linked to more and stronger synapses. With cognitive impairment, those junctions shrink and die. But until recently, scientists could count synapses only in brain tissue collected after death.

Yale University scientists used a new technique to scan the brains of living people — and discovered that patients with depression had a lower density of synapses than healthy people the same age.

The lower the density, the more severe the depression symptoms, Yale neuroscientist Irina Esterlis said recently at a meeting of the American Association for the Advancement of Science. She studied a range of ages, including people too young for cognitive changes to be obvious outside of a brain scan.

"We think depression might be accelerating the normal aging,” she said.

Brain experts said the preliminary findings are a reminder of how important it is to treat depression promptly so that people don't spend years suffering.

"If your mood isn't enough to make you go and get treated, then hopefully your cognition is,” said Mary Sano, who directs the Mount Sinai Alzheimer's Disease Research Center in New York and wasn't involved in the new research.

Still, she cautioned that normal cognitive aging is a complicated process that involves other health problems, such as heart disease that slows blood flow in the brain. It might be that depression, rather than worsening synaptic decline, just makes it more obvious, Sano noted.