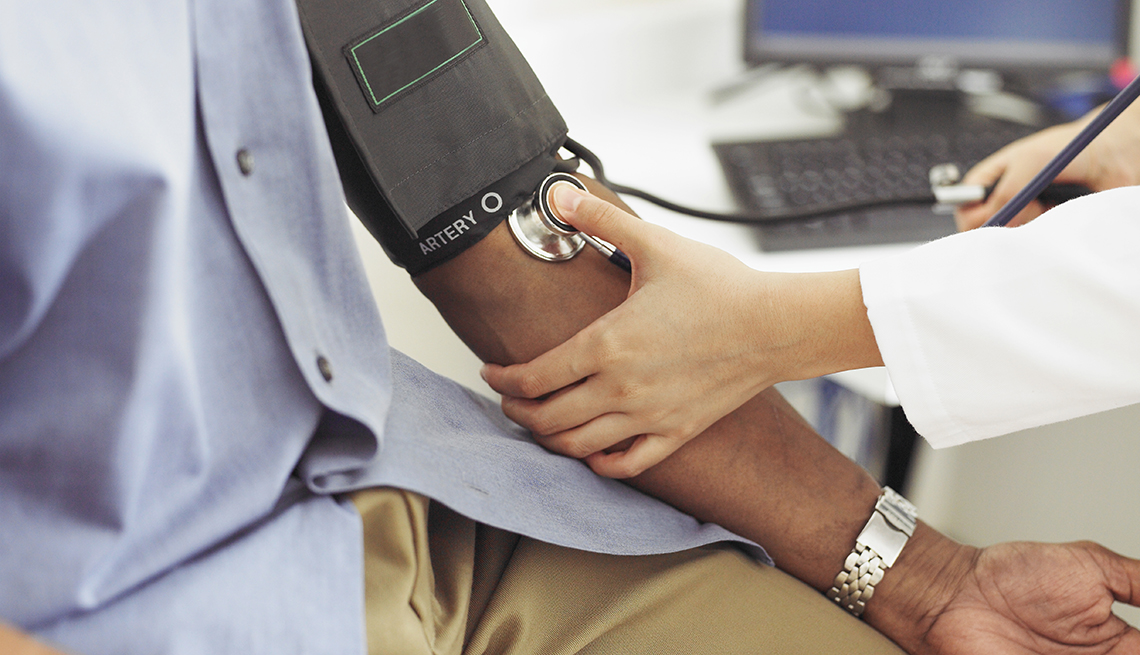 En español | Persuading older adults to do what they can to lower their blood pressure may help them stay sharp as they age, a new study has found.

Adults age 75 and older with hypertension who were able to lower their systolic blood pressure to 130 with medication developed fewer brain lesions that affect a person's ability to function than those who lowered their blood pressure to only 145, according to a new study published in the journal Circulation.

The study looked at so-called white matter hyperintensity lesions — or damage in the area of the brain responsible for transmitting information from one part of the brain to another. These lesions are more common with age. Ten to 20 percent of 60-year-olds have them, and they're present in most 90-year-olds, according to the American Heart Association (AHA). If these lesions accumulate in the brain, it can lead to “a whole bunch of functional changes,” including depression, dementia, and problems with balance and bladder control, said the study's lead investigator, William White, M.D., a professor of medicine at the University of Connecticut School of Medicine's Calhoun Cardiology Center. But the study found that lowering blood pressure may be the key to preventing them. The subjects with lower blood pressure developed 40 percent fewer white matter hyperintensity lesions than those with higher blood pressure.

"There's a lot of controversy” in the medical community when it comes to establishing a goal for blood pressure therapy in adults 75 and older, White said. He sees both patients and physicians using age as an excuse to let high blood pressure slide. Previously, and at the start of the study, adults 65 and older were considered to have hypertension if their systolic blood pressure was 150 and above. In 2017 the AHA and other collaborating organizations revised their guidelines and set the threshold for high systolic blood pressure at 130 for all adults.

Willie Lawrence, chief of cardiology at Research Medical Center in Kansas City, Missouri, and an AHA volunteer expert who is not associated with the study, said, “This is one more paper that adds support” that more aggressive blood pressure treatment is beneficial to brain health in older adults, and not just those under 55.

"We're all looking for something that we can do,” Lawrence added. “And what's becoming clear is that treatment of hypertension in elderly can delay cognitive decline, and that's really important."

In addition to brain benefits, the study found that the group with lower blood pressure had fewer cardiovascular events, including arrhythmias, heart failure and heart attacks.

Nearly 46 percent of American adults have high blood pressure under the AHA's new guidelines. The Centers for Disease Control and Prevention reports that just over half (54 percent) of those with high blood pressure have their condition under control.