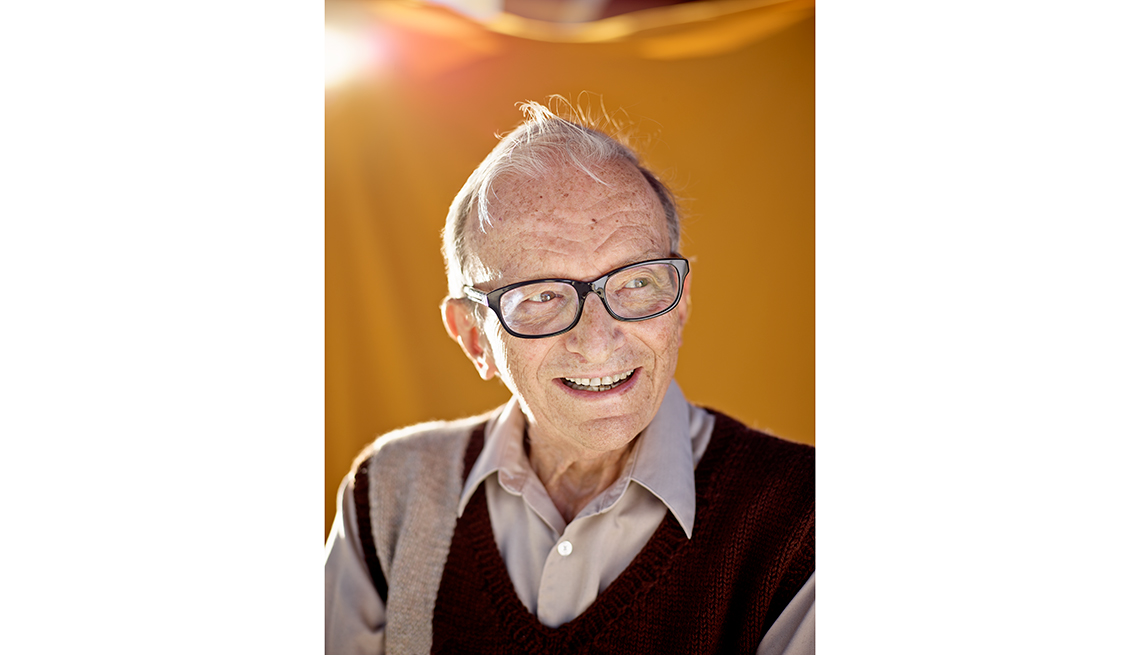 Your dementia-like symptoms may be reversible. They were for Milton Newman. What appeared to be the beginning of Alzheimer's was eventually diagnosed as NPH and successfully treated.

En español l With headlines trumpeting the rising rates of Alzheimer's disease, it's easy to get that distressing feeling that a misplaced coffee cup or forgotten dry cleaning might mean that you (or a loved one) are losing your mental edge or, worse, sliding inevitably toward dementia.

But you should know that more than 100 disorders — from the side effects of medication to urinary tract infections — can also trigger dementia-like symptoms. "Some of these conditions are not serious, but they're often missed or misdiagnosed in seniors," says P. Murali Doraiswamy, coauthor of The Alzheimer's Action Plan and chief of biological psychiatry at Duke University Medical Center. "Caught early enough, they may actually be reversible."

Here are eight common disorders that can masquerade as dementia, with information on what you can do about them.

1. Could it be normal pressure hydrocephalus (NPH)?

Milton Newman knew something was wrong. For more than 33 years he'd had a thriving dental practice in Peekskill, N.Y. But over a period of about 15 years, his memory became fuzzy and his ability to do simple things around the house deteriorated to the point that his wife, Phyllis, was afraid to leave him home alone. "That was a terrible period," Newman says. "I was a vegetable."

Are you sure it is dementia? Join the discussion

He saw a series of specialists and endured a battery of tests, but no one could figure out what was wrong. "They all said it was the beginning of Alzheimer's," says Phyllis. It wasn't until the couple sold their home and retired to Arizona that a new doctor recognized what was really happening. His problem wasn't Alzheimer's disease — it was normal pressure hydrocephalus, and it was largely reversible.

Following surgery, in which a permanent shunt was inserted into his brain, Newman started to feel like his old self. "It was really a miracle," says Phyllis. "I knew I had him back." The couple has since moved from Arizona to Florida to be closer to grandchildren, and celebrated their 61st wedding anniversary in December.

Why it happens: Newman's symptoms were caused by a gradual buildup of spinal fluid in the brain. The resulting swelling and pressure over time can damage brain tissue.

The symptom that's usually noticed first is a distinctive gait problem. "People shuffle slowly, their legs wide apart for balance," says Richard B. Lipton, director of the division of cognitive aging and dementia at Montefiore Medical Center in the Bronx, N.Y. Other clues: problems with thinking and memory; a lack of concentration; and urinary incontinence or a frequent need to urinate.

What to do now: See a neurologist for a complete physical and medical history. A CT scan, MRI or spinal tap can verify the diagnosis. A shunt surgically inserted into the brain can drain fluid and usually corrects the situation.

2. Could it be your medication?

For nearly three decades, Sidney Watson, 72, of Griffin, Ga., took a long list of drugs. Some lowered her high blood pressure, calmed her asthma and eased the pain of osteoporosis; others quelled her deepening depression. Her longtime family doctor had prescribed them all and, good patient that she was, she took them all.

"But I kept feeling worse, not better," Watson recalls. "I had severe dizzy spells, I'd lose my balance and one time I couldn't find the post office." Each time she saw the primary doctor, he'd say, "Let's try this," and hand her another prescription. By the time she was referred to Armon B. Neel Jr., a geriatric pharmacist and AARP medication expert, she was taking 17 different drugs.

"It was no surprise to me that she was so sick," says Neel. "No one had bothered to check what she was taking, let alone how each drug interacted with others." Today Watson takes five pills a day — two are vitamins — and feels much better. "Dr. Neel helped me see that the doctor was treating the disease, not the patient," she said. "I'll never take another medication without asking a lot of questions first."

Why it happens: Because the body metabolizes and eliminates medication less efficiently as we age, drugs can build up and cause memory glitches and other side effects that look very similar to Alzheimer's disease and other dementias.

What to do now: Tell your doctor about every drug you take, including supplements. If troublesome symptoms develop after starting a medication, you may be having a bad reaction. Don't just stop taking your meds, but ask your doctor about options. The American Geriatrics Society publishes the Beers Criteria, a list of drugs that should be used with caution, or not at all, by older people.

3. Could it be depression or another mental health disorder?

"Depression, either caused or exacerbated by stress and anxiety, is a serious illness that affects mood, memory, reasoning and behavior, particularly in older people," Lipton says.

Why it happens: When someone is depressed, regions of the brain crucial for memory, thinking, mood, sleep and appetite are impaired, says Majid Fotuhi, founder of NeurExpand Brain Center in Columbia, Md. How to tell the difference? A depressed person would express sadness and say, "I don't know what's the matter with me" or "I can't concentrate." Someone with Alzheimer's-related depression may not realize he or she has memory problems and might not want to start new activities, but wouldn't necessarily feel sad.

What to do now: Get evaluated for depression by a psychiatrist, neurologist or geriatrician affiliated with a memory disorder clinic or major medical center. Depression isn't something you can "just snap out of," but it can be treated successfully with medication, regular exercise, cognitive therapy and stress-reduction techniques such as meditation, yoga or prayer.

4. Could it be a urinary tract infection (UTI)?

UTIs are often missed in older people because seniors rarely have the typical symptoms of a high fever or pain. Instead there may be memory problems, confusion, delirium, dizziness, agitation, even hallucinations.

That's what happened to 80-year-old Dorothy McGlinn from the Chicago area. One morning, her husband noticed that she was speaking strangely. Over the next week, she began to make no sense at all. She was in a lot of pain, couldn't get out of bed and seemed to be getting worse by the minute, so her husband rushed her to the hospital. "When I arrived at the hospital, she didn't recognize me," says her daughter, Mary Meyer. "We were panicked." They were lucky. Doctors quickly realized that Dorothy was suffering from a UTI. She was put on an antibiotic and improved dramatically within 24 hours.

Why it happens: Due to an overall weakened immune system as well as weak bladder muscles, older people may not empty their bladders completely. As more urine is held, bacteria can build up in the bladder, leading to infections that interfere with the brain's ability to send and receive signals. Confusion and delirium may be the only sign of the infection in older people. Whereas dementia is often a long, progressive change, the mental changes brought on by a urinary tract infection will happen quickly and "often can completely resolve with treatment," says Tomas Griebling, vice chair in the department of urology at the University of Kansas School of Medicine.

What to do now: Most urinary tract infections are easily treated with antibiotics, lots of fluids, a healthy diet and rest.

5. Could it be your thyroid?

According to the American Thyroid Association, roughly 30 million people (most over age 50) have thyroid disease — and half of them don't even know it. They just feel sluggish, depressed, forgetful or anxious.

Why it happens: The thyroid, a small butterfly-shaped gland that straddles the lower windpipe, secretes hormones that keep every system in the body running smoothly. "Thyroid disorders develop slowly — one reason symptoms are often mistaken for normal aging," says Borna Bonakdarpour, a professor of neurology at Northwestern University's Feinberg School of Medicine and an investigator at its Cognitive Neurology and Alzheimer's Disease Center. Both too little and too much thyroid hormone may trigger dementia-like symptoms.

What to do now: See your primary care doctor or an endocrinologist for a simple blood test to measure thyroid levels. Thyroid problems can usually be treated successfully with medications but sometimes require surgery.

This essential vitamin — necessary for the development of red and white blood cells — is found in animal products, such as meat, poultry, eggs and milk. Unless you're a longtime vegan, you probably get enough from your diet. However, some people as they age become unable to absorb vitamin B-12, a condition known as pernicious anemia. The result: nerve damage such as numbness or tingling in the hands and feet, confusion, personality changes, irritability, depression and forgetfulness.

Why it happens: Pernicious anemia is an autoimmune deficiency that develops when the stomach stops making the substance necessary to properly absorb B vitamins.

What to do now: See your doctor for a complete physical and blood tests. Unlike other anemias, pernicious anemia does not respond to iron. But for most people, supplemental B-12, taken orally or by injection once a month, corrects the problem.

7. Could it be diabetes?

According to the American Diabetes Association, 25 percent of Americans over age 60 have diabetes.

Why it happens: Your body needs a certain amount of glucose (sugar) to keep blood vessels functioning properly. Too much or too little glucose damages blood vessels in the brain, robbing it of the energy needed to create new neurons. The result: memory problems, confusion, irritability, inattention.

What to do now: Reversal of diabetes-related cognitive symptoms depends on how severely the disease has affected the brain. "That's why it's so important to catch it early or prevent it in the first place," says Duke's Doraiswamy. It's crucial to carefully monitor blood sugar levels and insulin if you have diabetes. Losing weight, exercising and eating a healthy diet can make a big difference.

8. Could it be alcohol-related?

Why it happens: Besides destroying brain cells, heavy drinking can also lead to an unhealthy diet that deprives the brain of key nutrients, such as thiamine (vitamin B-1). Severe thiamine deficiency may also lead to Wernicke-Korsakoff syndrome (WKS), a chronic memory disorder characterized by confusion, memory loss, hostility and agitation.

What to do now: Depending on the damage, the effects of long-term alcohol abuse can sometimes be reversed. WKS can be treated with thiamine replacement therapy. If you suspect you have alcohol-related memory problems, seek help to stay sober.