En español | As a certified nurse practitioner working at a busy university student health center in Albuquerque, N.M., Barbara Krause had been intrigued by the promise of mindfulness meditation—a technique taught at more than 200 hospitals around the country as a way to combat stress and gain some relief from a busy mind. Studies have long found that the practice lowers blood pressure, diminishes the risk of stroke and reduces stress.

What Krause didn’t realize is that the science on meditation now says the ancient practice can actually cause physical changes in the brain that protect us as we age.

Scientists have been studying these changes in people who practice the kind of basic meditation that focuses on sensory awareness and breathing.

This type of meditation is common in Hinduism and Buddhism and is called various names — such as mindfulness or Zen — depending on which tradition you’re talking about.

Krause, 57, enrolled in an eight-week course of mindfulness-based stress reduction to learn how to tune out the mind’s internal chatter and truly notice what is going on in and around her. Through the class, she learned to connect with her breathing and become aware of physical sensations as a way of anchoring her awareness in the present.

Today, she tries to sit and breathe for 20 minutes at a time four or five times a week.

“It was a wonderful experience,” Krause says. “I’m very much a novice, but I’m enthused.”

Thousands of people are successfully using meditation to deal with stress, chronic pain, high blood pressure and other issues.

Meanwhile, neuroscientists are uncovering the changes in the brain that accompany these benefits. Their research relies on a concept called neuroplasticity—the idea that what we focus our attention on actually reshapes the brain in crucial ways.

The stress-busting effects of meditation may even protect our cells from damage associated with aging, as well as from autoimmune disease and other inflammatory conditions. A Harvard Medical School team reported in 2008 that it found these beneficial changes in the genes of people who regularly practiced meditation, yoga and other relaxation-inducing routines. 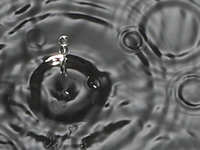 Meanwhile, Emory University scientists found in 2007 that those who meditated regularly seemed to avoid some normal age-related decline of gray matter in a part of the brain that helps control motor skills and learning.

The disciplined repetition of redirecting attention—the way Krause does—is what seems to drive the brain changes that can be seen in brain imaging studies. It’s much the same as what happens with a musician repeatedly playing scales or an athlete or dancer practicing a movement.

Joshua Grant, a scientist at the University of Montreal, has shown that longtime Zen meditators are less sensitive to pain than control subjects—and it may be because they have a thicker layer of gray matter in the anterior cingulate cortex, a brain region known to be involved in processing pain. Heightened or sustained brain activity may cause the cortex (gray matter) to get thicker, just as working out a muscle would make the muscle bigger.

As we age, we see a natural drop in that thickness, Grant says. But repeated experiments suggest that meditation preserves or even builds up the density of neurons in various regions, suggesting that those who meditate may actually be keeping their brains younger and healthier.

While Grant’s study involved people who had practiced Zen meditation for 1,000 hours or more, Fadel Zeidan, a psychological researcher, wondered whether a briefer meditation experience could have an effect.

“I was curious whether things can happen immediately,” says Zeidan. “We live in this drive-through society. We want things quick and easy.”

For three years, from 2005 to 2008, Zeidan tested the pain sensitivity of some small groups of college undergraduates at the University of North Carolina at Charlotte. He then gave them simple mindfulness instructions and had them practice for 20 minutes at a time on three consecutive days. He found that the students had a higher tolerance for pain than when they started.

“Pain is undeniable ... and it happens in the moment,” says Zeidan, a mindfulness practitioner. “Mindfulness teaches, ‘You can let it go.’ ”

The college students’ brief training also made them noticeably less anxious, Zeidan says. And they felt less pain even when not meditating. “We found out that meditation has a lasting effect on cognition even with short-term training,” he says.

In recent years, clinical psychologists have used this insight to develop mindfulness-based cognitive therapy, which has proved effective for helping people deal with anxiety and depression. It has even been shown to prevent a recurrence of depression.

In Albuquerque, Krause underwent her training with Michelle DuVal, who teaches classes at a local health center and at the Univerity of New Mexico. DuVal sees about 600 students a year, most of whom are in their 40s and 50s.

DuVal, whose father was a meditation teacher, had a high-pressure career as an independent filmmaker when she realized about five years ago that her life was out of control.

“I got really stressed and couldn’t handle it anymore,” DuVal recalls. “My dad said, ‘Why don’t you try meditating?’ I tried it and very quickly started realizing the benefit.” Last year, she took over for her father when he retired.

Although mindfulness meditation practices are often associated with Buddhism, DuVal says her teaching is not religious. “What it means to meditate itself isn’t religious,” she explains. “It’s something that you do with your mind, basically.”

Mindfulness meditation seems to have something for everyone, DuVal says. In a recent class, “some people were just stressed out at their jobs,” she says. “Other people are facing life-threatening illnesses. I had a woman with stomach cancer. I had a man who had broken his back in several places and was in chronic pain.”

Learning to adopt a mindful attitude “changes everything,” DuVal says, “because the whole world comes from your mind. We train them in putting their minds into the present, where stress cannot and does not exist.”

A key point is realizing that whatever we experience, “it’s not outside of us,” DuVal says. “It’s our relationship to things happening in our life that causes the stress. It’s how we look at them. How we think about them.”