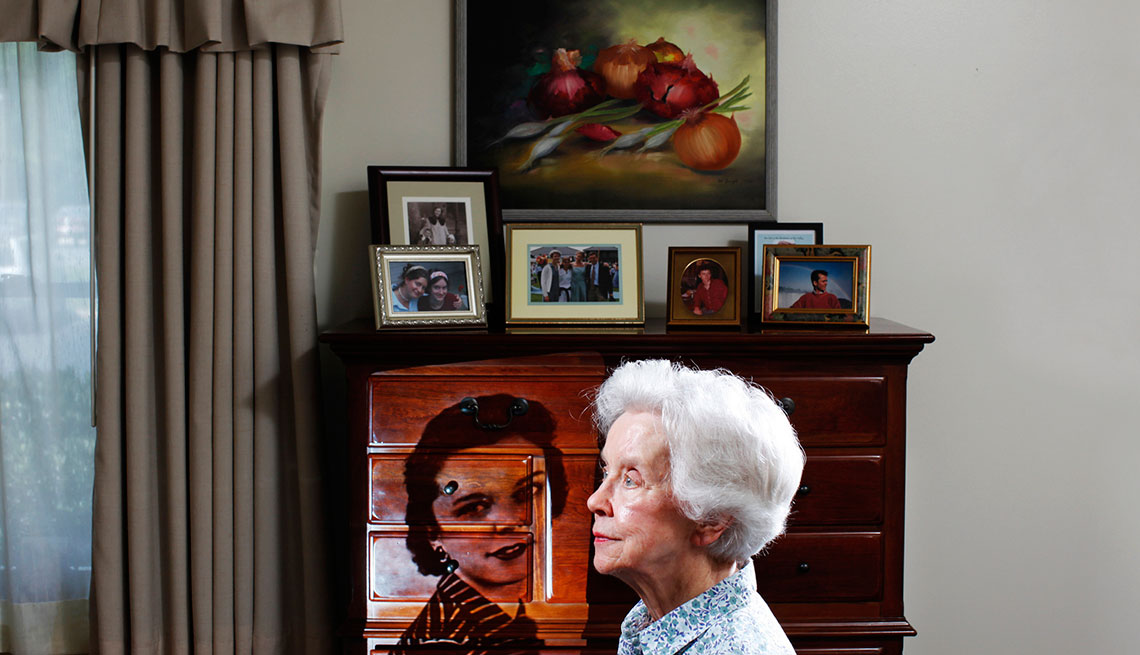 "My mother was very independent and loving. Her independence was a strength and reassurance for me." -Carole Lanham, daughter

Evelyn identified with Grace Kelly and Queen Elizabeth: regal women who chose to share their emotions carefully. She went to business school and had a career working at Sears. But Evelyn, a devout Baptist and Bible student, would rather have stayed at home caring for her two children, a wish she kept mostly to herself. "She chose not to show her emotion that much," recalls her daughter Carole. "She never let her sad feelings show, she would just get up and go." After retiring at age 55, Evelyn became volunteer director of her church library. When she was 77, her husband noticed that Evelyn's memory was failing, and that she was becoming alarmingly stressed out about it.

Today she lives in a memory-loss care home, although she still remembers family members. That's at least some comfort to her daughter, who saw her strong-willed mother as the bedrock of her life.  "My mother was very independent and loving; her independence was a strength and reassurance for me," says Carole. "She was very much in control of her world."
— Frank J. Yuvancic