But if you ask Kalahurka, 60, why he volunteers three days a week, he doesn't go gooey about saving the world.

For More on Boomers at 65

"I'm selfish," he says, "and I get something out of it." He enjoys socializing on his Meals on Wheels route. Reading aloud gives him practice for his part-time, paid work as a voice-over actor. And he just likes hearing "attaboys" from grateful neighbors.

With only about 30 percent of boomers volunteering, Kalahurka can hardly be considered selfish. But leave it to boomers to redefine both volunteering and selfishness, just as they are reinventing retirement and creating second acts in life.

Selfish has long been the charge against what some call the "worst generation." Typical is this rant by Paul Begala, political strategist and now TV commentator, who worked for the first boomer president, Bill Clinton: "The Baby Boomers are the most self-centered, self-seeking, self-interested, self-absorbed, self-indulgent, self-aggrandizing generation in American history," Begala wrote in Esquire in 2000. "At nearly every critical juncture, they have preferred the present to the future; they've put themselves ahead of their parents, ahead of their country, ahead of their children — ahead of our future."

Begala, who will turn 50 this year, is hardly alone in calling out boomers. From the "greatest generation" to "millennials," few besides boomers stick up for the 77 million Americans born between 1946 and 1964. Boomers get the blame for everything from disco to the stock market collapse, from global warming to higher taxes.

Boomers are a large and diverse group, so it's hard to generalize, but let's just stipulate that they haven't embraced civic engagement the way they have Botox and Viagra.

The past doesn't predict the future, of course. As the first wave of boomers hits 65 this year, they have, in the words of Bruce Springsteen, "one last chance to make it real." Or maybe even more than one.

Someone turning 65 this year can expect to live to 83, and many will see their 90s. Boomers still have time to reclaim their idealism and redeem themselves in their own eyes and perhaps the eyes of the world. 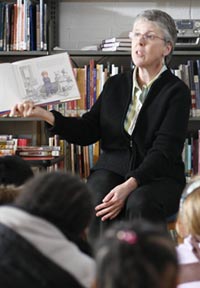 Occupation: Librarian for children and teens.

Groove: She gave up a reporting job to spend time with her kids, then studies library science. She now works at a city library three blocks from home.

Advice: “[On 9/11] everyone else was going home to be with their kids. I wanted to do that, too. I feel really blessed. And I feel I'm having the second career my dad wanted.”

• Make a difference. Get out there and volunteer. Whatever your interest, there's an organization eager for your help. Even better, nonprofits are changing the way they operate to appeal more to boomers.

"If you have a passion, we have a purpose and a program for you," said Erwin Tan, M.D., director of Senior Corps, a program of the federal Corporation for National and Community Service. Senior Corps recently lowered its age from 60 to 55 to draw more boomers as senior companions, who help older adults with shopping visits and medical appointments; as foster grandparents who mentor youth; and as volunteers at Coming of Age, which supports social service programs and conducts workshops on job and volunteer opportunities.

"Boomers are the healthiest, best-educated generation to transition through middle age to retirement," said Tan, a geriatrician. "We need their skills and wisdom."

There's an added appeal to self-interest. The Edward M. Kennedy Serve America Act expands opportunities for boomers to participate in AmeriCorps and provides a scholarship benefit that can be used by the volunteer or given to a child or grandchild. AARP also launched Create the Good to facilitate volunteering.

Coming of Age used to be called the Retired Senior Volunteer Program. Megan McCarthy, who ran RSVP in San Francisco, said every word — retired, senior and volunteer — turned off boomers. They weren't volunteering.

"We're seeing a change in the conversation about retirement," said Andrea Taylor, director of training for Temple University's Intergenerational Center, which includes the Coming of Age program.

Taylor, now 64, said she plans to continue working. "We all do!" she declared with a laugh.

• Find an encore. Life's bumps — personal or economic — not infrequently upend our work, but boomers increasingly find rewarding second acts. "Encore careers" are paid or unpaid positions with social impact. They could go far in changing boomers' reputation as a group. Organizations that help boomers find their postretirement pursuits include Coming of Age and Civic Ventures, a San Francisco think tank that studies boomers, work and social purpose.

"With longer lives come second chances — time for individuals to learn life's lessons and redirect in a way that can bring greater contribution and meaning," said Marc Freedman, founder and CEO of Civic Ventures.

While some boomers go in new directions for their encore, others use skills they've honed for decades. After working for a telecommunications company for 33 years, the last 16 as a Washington lobbyist, Dennis Glaves retired to a waterfront house on an island near Beaufort, S.C. 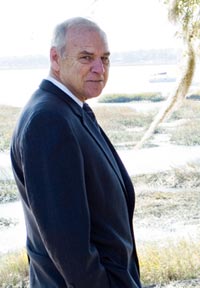 Groove: Worked for a telecommunications company for 33 years, the last 16 as a Washington lobbyist. Then he retired to South Carolna to relax and enjoy nature. Seven years after retiring, he found his encore job — advocating for conservation efforts.

Advice: “I think we all need to do more with conservation.” Besides, "it's fun."

At first, he savored his leisure time, taking his boat out fishing for shrimp, oysters and crabs, and spending long days cruising the Intracoastal Waterway. But Glaves, 65, soon saw the poverty and need in his new community. He began driving migrant workers from the tomato fields to doctors' offices, picking up day-old bread for the local food bank and driving to the state capital to lobby lawmakers for conservation efforts.

Seven years after Glaves retired, his volunteering for the South Carolina Coastal Conservation League led to a job with the league as a lobbyist. He doesn't earn as much as he did in Washington, but he enjoys working to preserve the beauty he moved to the coast to enjoy. Beyond that, he said, "it's fun."

For Karen MacPherson of Takoma Park, Md., the turning point was the 9/11 terrorist attacks. MacPherson had lived her childhood dream and become a reporter, working in Washington for decades. MacPherson was supposed to be off on 9/11, but she went to work. Then something dawned on her.

"As a reporter, you're taught to run toward danger. I didn't want to do that. I had two kids. Everybody else was going home to be with their kids. I wanted to do that, too," she said.

She began taking night classes at the University of Maryland and, after 5 1/2 years, finally earned her master's degree in library science. MacPherson, 56, landed a job as a librarian for children and teens at the city library only three blocks from home.

"I feel really blessed," she said.

• Be an activist. Pick a cause and go for it. Boomers came of age brimming with activism and idealism: marching for civil rights, galvanizing public opinion against the Vietnam war and embracing environmental activism. So start with voting. The 2010 midterm elections proved boomers' clout at the polls can be powerful: They made up 43 percent of the voters, by far the largest age group.

As a student, Eric R. Kingson worked in the civil rights and antiwar movements. Now, about to turn 65, he has turned his activism to Social Security. Kingson, a professor of social work at Syracuse University, is a cofounder of Social Security Works, a coalition of 230 organizations fighting cuts in Social Security.

"I've had more fun with this, and I've found it more engaging than anything I've done since then," he said.

Kingson believes boomers who were activists in the past and may have lost their change-the-world idealism now have a new opportunity. "I think, for boomers, legacy is extremely important," Kingson said. "What you leave are the people you care about and your impact on society. We're all likely to be thinking about that as we get older." 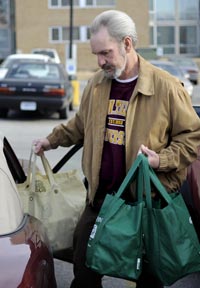 Groove: He started with Meals on Wheels and soon began reading books to nursing home residents; he also reads newspapers aloud for recordings for the blind.

Advice: “Go out and make every day another opportunity to help those around you. Your rewards will be greater than the effort."

Marsha Mercer, a boomer, is a freelance reporter who covers Washington.