Susan Onuma was at home in Maplewood, N.J., last Friday when one of the most powerful earthquakes ever recorded struck Japan and the tsunami sirens began sounding the ominous warnings of an impending catastrophe.

Without giving it a second thought, Onuma, 55, an international lawyer and former president of the Japanese American Association (JAA) of New York, started raising money for a nation that was so suddenly devastated by disaster.

As with last year's earthquake in Haiti and 2005's Hurricane Katrina on the Gulf Coast, this triple whammy — a 9.0 earthquake, a tsunami and now a potential meltdown of nuclear reactors — is bringing out people from all walks of life who want to help the shell-shocked Japanese.

But none have been more affected than Japanese Americans. 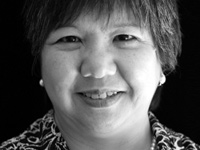 "When you see the [victims'] faces, because they look like you, you identify more with what is happening," says Onuma, who has family, friends and clients in Japan. She visits the country twice a year.

JAA is a not-for-profit charitable organization providing social services to the Japanese American community of 60,000 in the New York area. Its work is especially important as people here are trying to cope with events taking place half a world away in their families' homeland.

"If you watch the videos, it is so heart wrenching. In that sense, it's a general humanitarian reaction that you want to help," Onuma says.

Onuma is working with other Japanese American organizations that are planning fundraisers in the coming weeks.

And she is focusing particular attention on finding money and getting social services for the highly vulnerable rural elderly, many of whom are facing personal despair because their farms in the northeast Japan were flooded and their homes were destroyed.

The children of many of these farmers long ago moved to the cities, leaving their parents and grandparents to fend for themselves. "It will be harder for them to recover," Onuma says.

Despite an outpouring of assistance in just a few days, Onuma notes that there is still a sense among some people that Japan, unlike Haiti, can take care of itself. "Because it's not a Third World country, there's a perception of Japan as having a lot of money and therefore less may be given," she says.

As of today, U.S. organizations have raised a reported $24 million to aid Japan. (By way of comparison, more than $500 million was eventually raised in the United States for Haiti relief in the wake of the 7.0 earthquake that struck the island nation in January 2010.)

Floyd Mori, 71, executive director of the Japanese American Citizens League, has joined the relief effort. He is putting together a partnership with Direct Relief International, an organization that provides medical assistance for people affected by disasters. Mori says he is optimistic that Americans will rally around the Japanese.

"It will be rebuilt because Japan is a very developed country. It will take money, and it will take time," Mori says.

Fumi Matsuki, 67, a clinical social worker with the Japanese clinic of the Hamilton-Madison House in Manhattan, also says the support will be strong, but adds that the grief has been overwhelming.

"All of my clients suffered from the quake and wept. They are concerned about the nation. It was difficult to see whole areas of Japan disappear," Matsuki says.

Others see what happened in Japan as an opportunity for Japanese Americans to pull together and show their strength and unity.

"The news is horrible. People are in total shock, very depressed. It's almost as if the question is what you can do first," says Julie Azuma, 67, founder of a small business in New York that helps autistic children. "Most of our community has given to Haiti and Katrina. It is in keeping with the way we work."

Onuma is in it for the long haul.

"The last time we undertook such a big effort [relating to Japan] was after World War II, when we sent money and clothing to help the Japanese Americans," she says.

Experts are predicting it could cost $180 billion to repair Japan's infrastructure, economy and standard of living.

"We recognize this is not a one-time thing," Onuma says. "The recovery and rebuilding will take a long time."