En español | These fish are "super" because they're packed with disease-fighting nutrients. Add them to your diet and reap their health benefits. 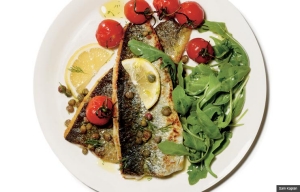 With 20 grams of protein per 3-ounce serving, trout boasts almost 1,000 milligrams of heart-healthy omega-3 fatty acids. A new study reveals that these good fats may protect against cognitive decline, according to Columbia University researchers.

Popular as fish sticks, pollock is just as tasty (and healthier) in fillet form. One serving supplies 73 percent of your daily need for selenium, a mineral that may lower your risk of developing type 2 diabetes by up to 24 percent, Harvard School of Public Health researchers showed.

Join AARP Today — Savings, resources and news for your well-being

This Southern staple offers 100 percent of the daily requirement for energy-supplying vitamin B12 (more than most cuts of beef provide), which is good news for the up to 30 percent of adults 50 or older who are at risk of B12 deficiency. Adequate vitamin B12 intake may also protect against cognitive decline by slowing the rate of brain shrinkage, a 2011 study in the journal Neurology found.

Both the meat and the minuscule bones of canned sardines are edible, so one 3-ounce serving supplies more calcium than a cup of low-fat milk and nearly 30 percent of the recommended daily allowance for vitamin D. The two nutrients work together to decrease your risk of premature mortality by 7 percent, according to a new study in the Journal of Clinical Endocrinology & Metabolism.

This oily fish is one of the best dietary sources of vitamin D. "Vitamin D deficiency is common, particularly for those living in northern latitudes," says Rachel Begun, spokeswoman for the Academy of Nutrition and Dietetics. Vitamin D also plays an important role in bone health, mood and immunity. 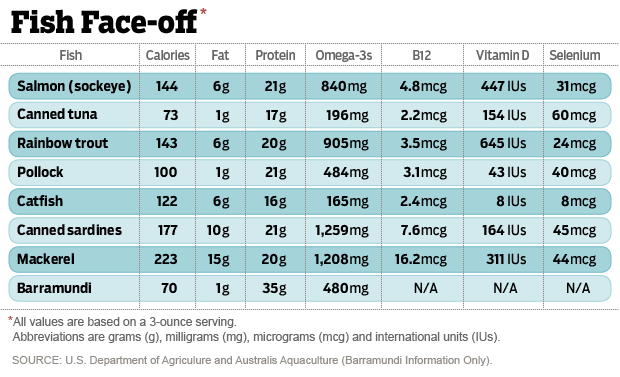 Member Discounts! Save on your automotive needs