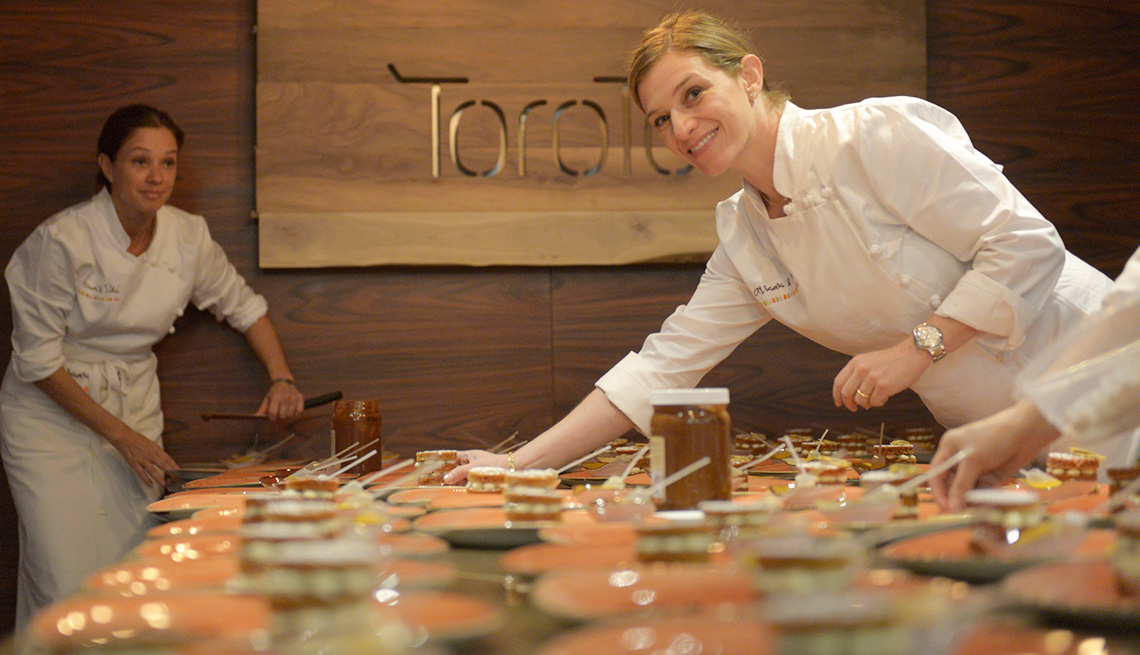 En español | Being an immigrant has defined who I am. But it was the nostalgia, the hankering, and the framing of all these preconceptions and misconceptions about Mexicans and Mexican Jews that made me want to share what Mexico is all about. Becoming a migrant threw me into the kitchen because, in the beginning, I did it to feel at home — not to be homesick.

Now that I have American kids, that experience has changed, and I've grown deeper roots in the United States. Since coming here with my husband in the 1990s, I have an immense sense of gratitude because we've had amazing opportunities. There are so many things that we've inherited from America — its values, its civic culture, its respect for institutions. We have so much to thank Mexico for — its culture, its cuisine, its values, its traditions, its love of family.

I always tell my kids that we are blessed in that we've inherited the cultural and historical wealth of not one but two countries.

We are doubly blessed, and we are also doubly responsible because we have to make not one, but two countries proud.

We have to show Mexico that they have good representatives of Mexicans abroad, and we have to make sure that we show the United States that we are good people and that we can also be amazing citizens.

I've grown up with an intense sense of gratitude toward Mexico, because Mexico opened its doors to most of the Jewish communities that had to become refugees because of persecution. On my grandparents’ side, it was from two waves: from Polish pogroms on my father's side and from the Second World War on my mother's side. I learned from my grandparents how to weave the cultural wealth that you inherit from your families and where you come from, and how to intermarry these with all the blessings that exist in the land that let you come in and make it your home.

I feel like the older we get, the more we want to connect with deeper parts of who we are and our family. I've tried to pass that on to my children, who are very conscious of being not only bicultural — American and Mexican — but also having that third Jewish layer. I grew up eating certain Mexican-Jewish foods, which I just thought were normal Jewish foods until I moved to the U.S. and realized that there was such a thing as Mexican-Jewish cuisine. For example, gefilte fish a la veracruzana. Gefilte fish, every Ashkenazi Jew knows how to make it. It is only in Mexico where you find the gefilte fish that's poached in spiced tomato broth with pickled chilies and olives and capers, and that's deeply Mexican.

I really could do a hundred more seasons of ‎Pati's Mexican Table and I would not cover all the incredible things that Mexico has to offer.

Being an immigrant to the U.S., and having had my grandparents be immigrants to Mexico from Eastern Europe, has given me this huge sense of gratitude and a sense of not taking any opportunity for granted.

I love it here. It’s become a second home. And when I’m in the kitchen, I feel free.

Pati Jinich’s Emmy-nominated public-television show, Pati’s Mexican Table, and her cookbooks, Pati’s Mexican Table: The Secrets of Real Mexican Home Cooking and Mexican Today: New and Rediscovered Recipes for Contemporary Kitchens, have brought her international acclaim. She and husband Daniel Jinich have three sons. Although her culinary career is now her life’s work, she has a master’s degree in Latin American Studies from Georgetown University in Washington, D.C., and attended L’Academie de Cuisine in Maryland. She is resident chef at the Mexican Cultural Institute in Washington.

José Andrés Is Trying to Make a Difference