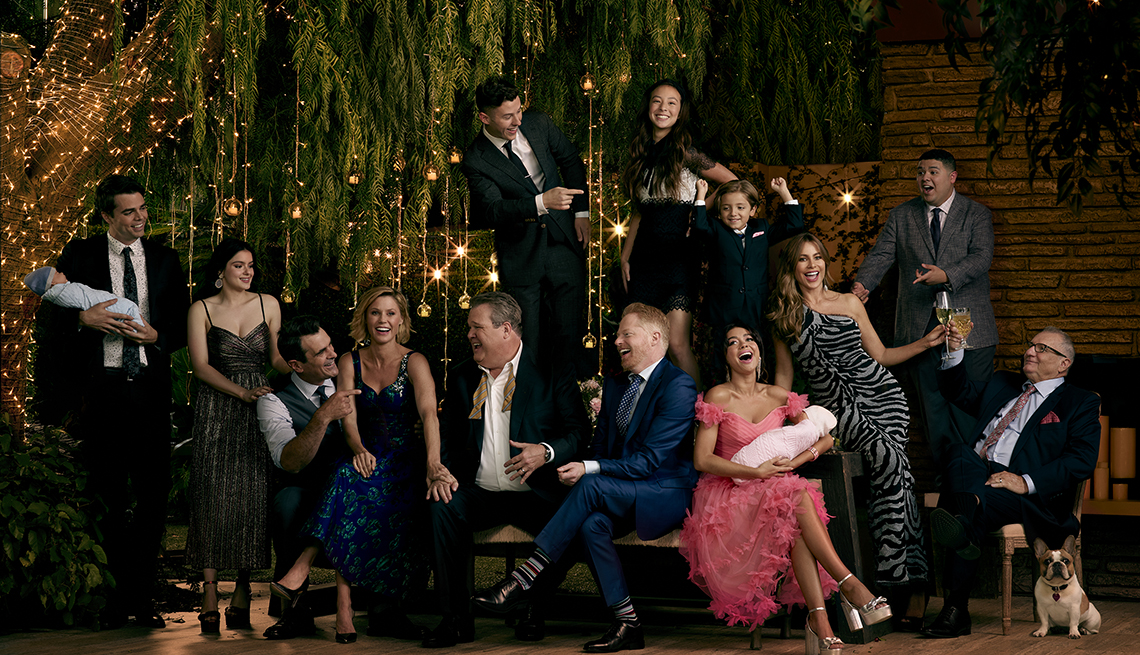 En español | We can't all be with our families during the coronavirus crisis. So thank goodness we still have Modern Family, winner of 22 Emmys, which airs its 250th and final episode on April 8 (ABC, 9 p.m. ET). For 11 seasons, every Wednesday night, we've welcomed the sitcom's extended clan of endearingly dysfunctional characters into our homes as warmly as if they were our own relatives — and we'll do so for years to come, thanks to syndicated reruns.

"I hope the show brought families together and made them laugh,” says Sofia Vergara, 47, who became a breakout star as the lovably feisty Gloria Delgado-Pritchett. “Despite everything that's going on in life, I really hope the show reminds people how important family is."

That it does. And here are five more reasons why we love Modern Family. 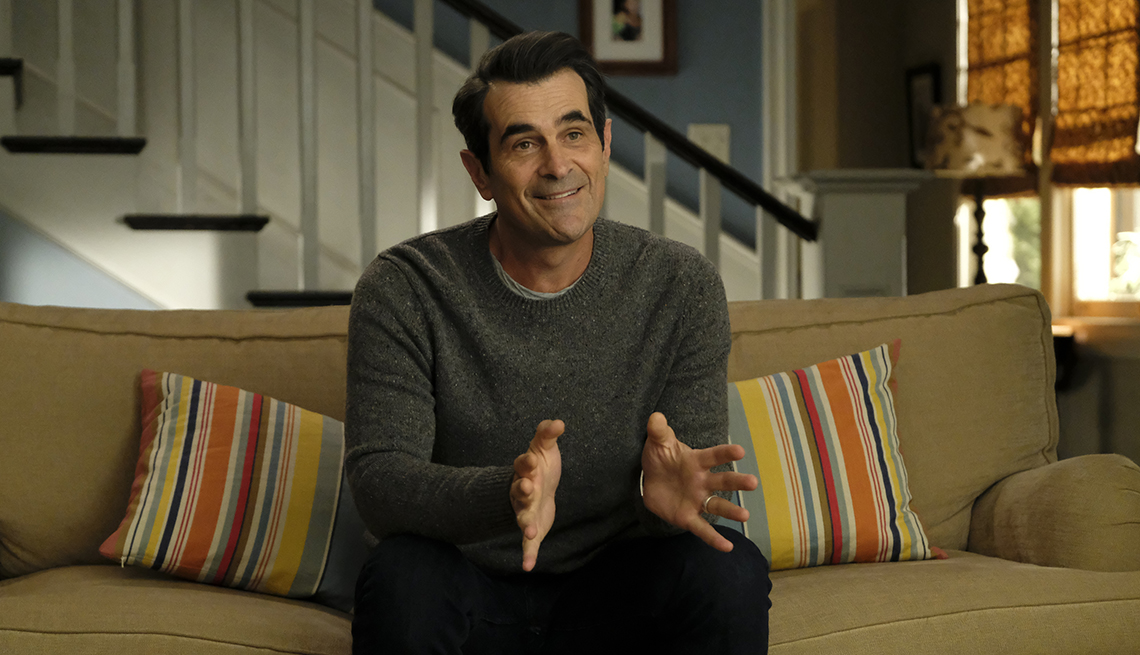 Ty Burrell, starring as Phil Dunphy, speaks directly to the camera in a Season 11 episode of "Modern Family."

It reinvented the family comedy

From Father Knows Best to Everybody Loves Raymond, the family sitcom has long been a staple of primetime TV. But with its single-camera, no-laugh-track format, Modern Family didn't look or sound like its predecessors. And by adopting the mockumentary technique of The Office, in which characters speak directly to the camera, this family seemed truly modern. “It took me a minute to get used to the style, but once I did, I just loved it,” says Ty Burrell, 52, who excelled with sly gags in the interview segments as Phil Dunphy, the not-as-cool-as-he-thinks-he-is dad. “It felt a little more sophisticated and surprising.”

So, too, did the show's characters. They included not only Phil's traditional nuclear family (his klutzy wife, Claire, is played by Julie Bowen, 50, a mother of three kids in real life as well) but also his divorced father-in-law, Jay Pritchett (Ed O'Neill, 73), who had remarried single mom Gloria, and same-sex couple Cameron Tucker and Mitchell Pritchett (Eric Stonestreet, 48, and Jesse Tyler Ferguson, 44), who adopted a baby daughter in the first episode. “Everyone was so different, and there were so many ways to mix and match the characters,” O'Neill observes. “When I read the pilot, I realized this was what could give the show what we call legs." 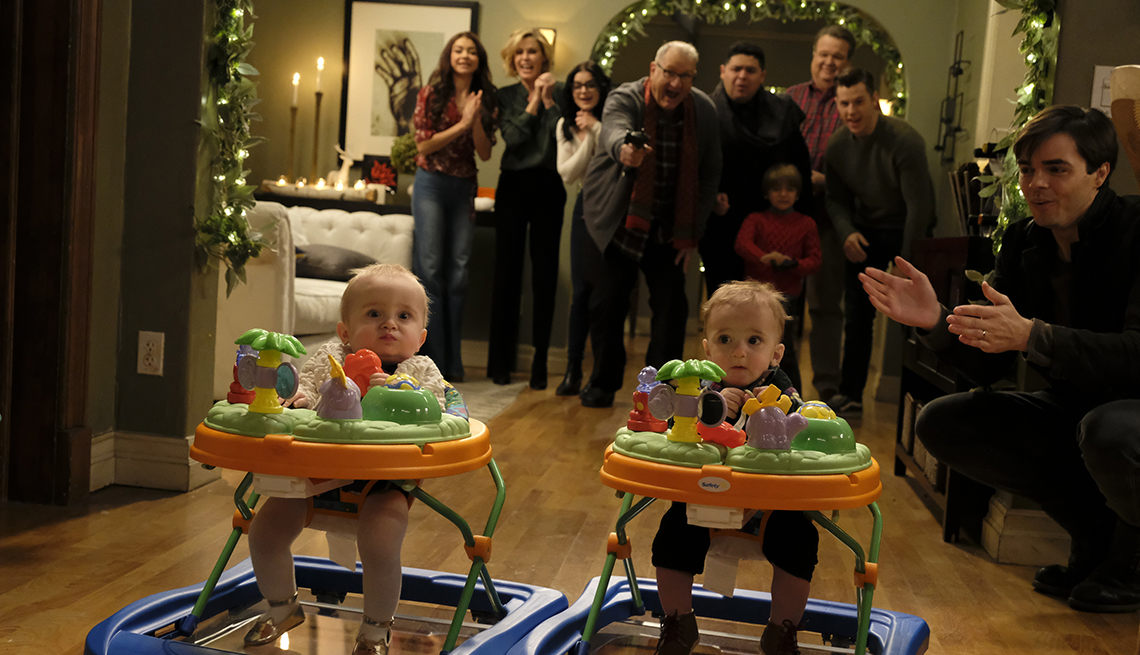 It showed you've gotta have heart

“When Modern Family premiered, there were a lot of shows that were super smart and very edgy and not necessarily leaning into the heart of the story,” says Ferguson, referring to the era when Tina Fey's showbiz satire, 30 Rock, ruled the Emmys. Stonestreet agrees: “Comedy had gotten a little snarky, mean and catty, and Modern Family was willing to be risky in that it was not afraid to pull on an audience's heartstrings."

Still, the series didn't suffer from Very Special Episode Syndrome — the sentimentality was rooted in reality and never felt manipulative. “That's what made America embrace this show more than anything — they were getting a good feeling at the end of episodes but not in some sappy way,” says the series's cocreator Christopher Lloyd, 59 (not to be confused with the Taxi and Back to the Future star of the same name). “We tried to have that sneak up on people, and the formula of earned emotion after a bunch of laughs was refreshing." 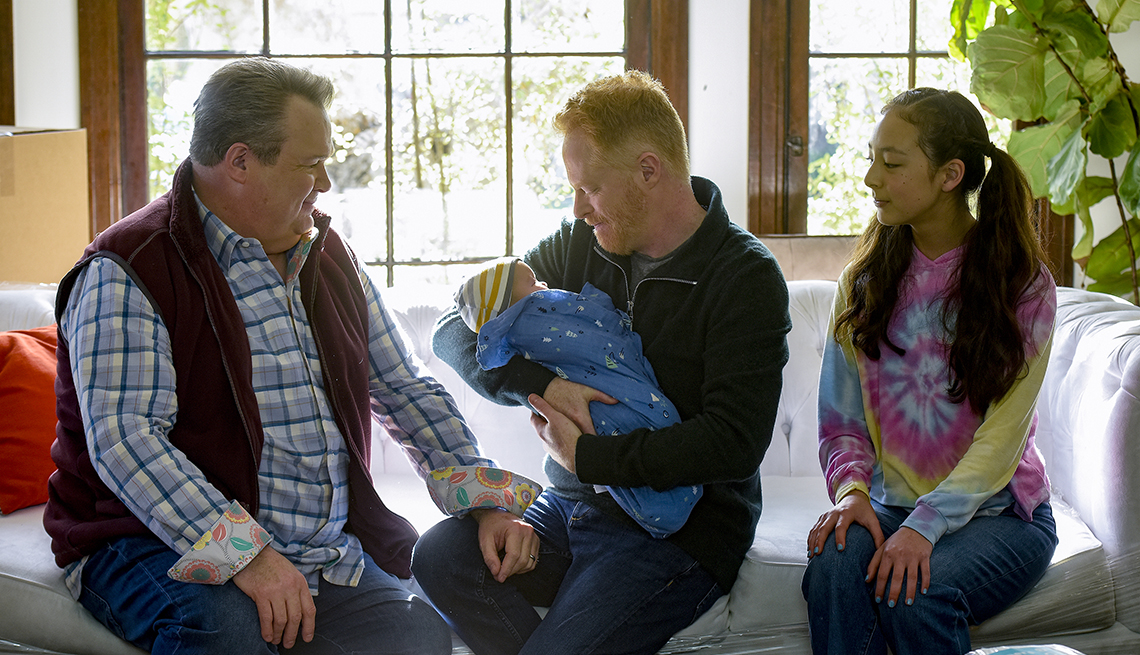 It helped change minds on an important social issue

Without being preachy, Modern Family presented an example of a loving gay couple raising a child. (Actually — spoiler alert — two, since they adopt a son in the series finale.) It's not a coincidence that only one year after Mitchell and Cameron had their wedding, gay marriage was legalized in the United States. “This is going to be remembered as a show that helped move the needle on gay rights when things needed to change,” notes cocreator Steve Levitan, 57. “I'm very proud of that."

For Ferguson, who wed Justin Mikita a few months before his on-screen wedding, the episode had an even deeper personal relevance. “That felt very important to me,” he says. “My husband and I had worked really hard for marriage equality, so it felt very big to have been part of that moment on television." 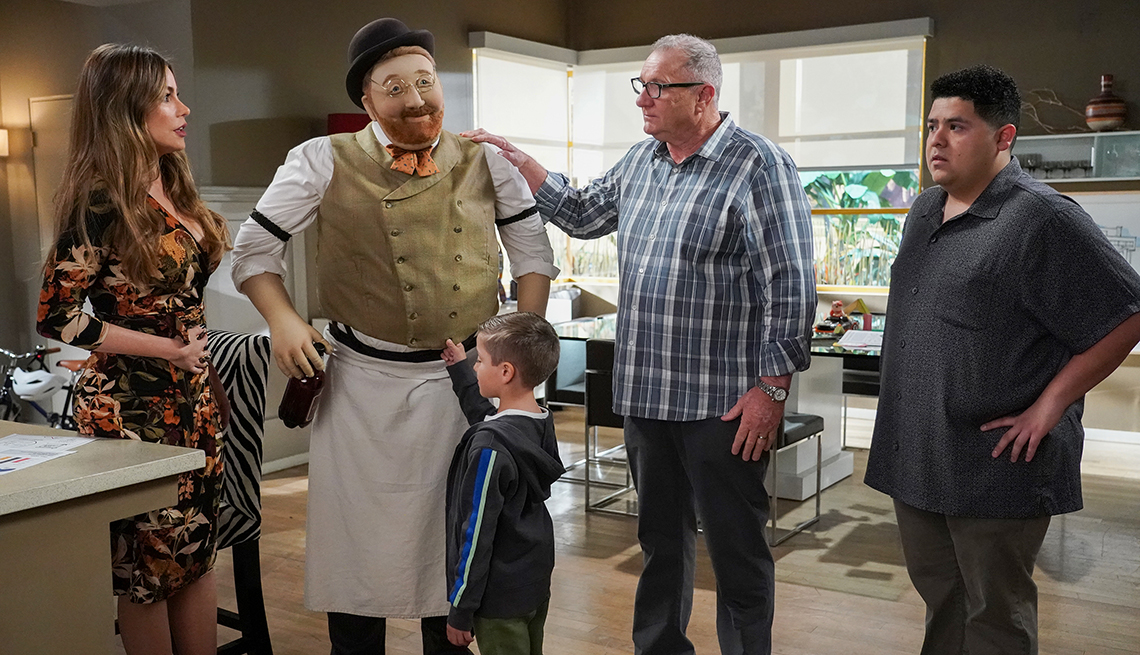 Show runners Lloyd and Levitan were both veterans of Frasier, the only show in TV history to win outstanding comedy series at the Primetime Emmy Awards for each of its first five seasons — until Modern Family came along. “It was spectacular. I certainly didn't feel like that was going to happen to me a second time,” says Lloyd. “There's nothing more rewarding than to have a show that you enjoy working on be both popular among the public and critically acclaimed. It usually is one or the other."

You don't have to tell that to O'Neill, who had an 11-season run on another family sitcom, Married… With Children, which was as critically reviled as Modern Family is revered. Although he loved the series, “that whole show played out on my character's couch,” says O'Neill, who starred as slovenly shoe salesman Al Bundy. “After 265 shows you were begging for mercy."

O'Neill's accomplishment of creating two indelible sitcom fathers is no small feat. “Very few actors have done what Ed has done, which is to have one iconic role and become known to everybody as that character, then take a nice break and do it again with a different character,” says Levitan. “That's a very short list, and it's a testament to Ed's talent." 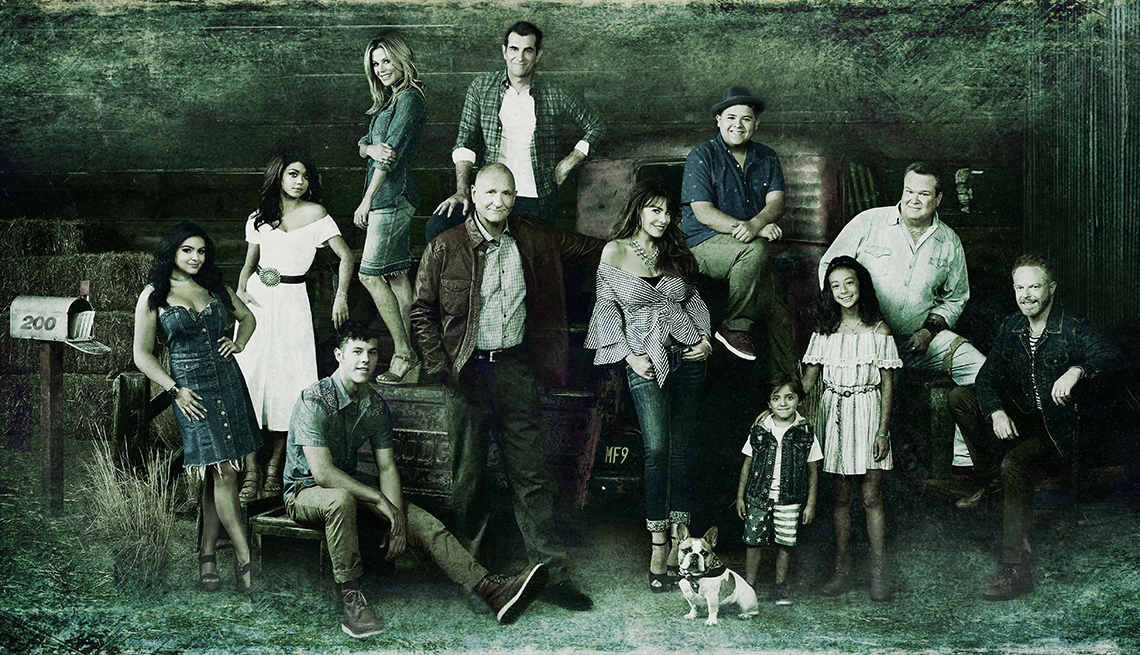 It will go down as an enduring classic

“People will continue to consume Modern Family in the same way we were consuming The Dick Van Dyke Show, Leave It to Beaver, The Andy Griffith Show and I Love Lucy when I was a kid,” Stonestreet marvels. “That's where we'll be. It's amazing to think that 11 years of work could potentially turn into 20 or 30 or 40 years of entertainment for generations of people."

That's because Modern Family is the best kind of TV comfort food. Anytime you turn it on, you feel like you're surrounded by people you love, and that's something we desperately need right now. “We've had a lot of viewers say to us they watched it when they were ill or that it helped them through a particularly tough time,” Burrell says. “That's how I watch comedy, too."

In the end, Modern Family will always be there to make us feel good, even when times are bad. “I hope people remember the extent to which the show made them laugh but also cheered them up in a genuine way,” Lloyd says. “You get to know these characters and feel like they're a part of your family, so when things happen to them, it moves you the same way things do when they happen in real life. We wanted it to be an emotionally rich experience.” Mission accomplished.