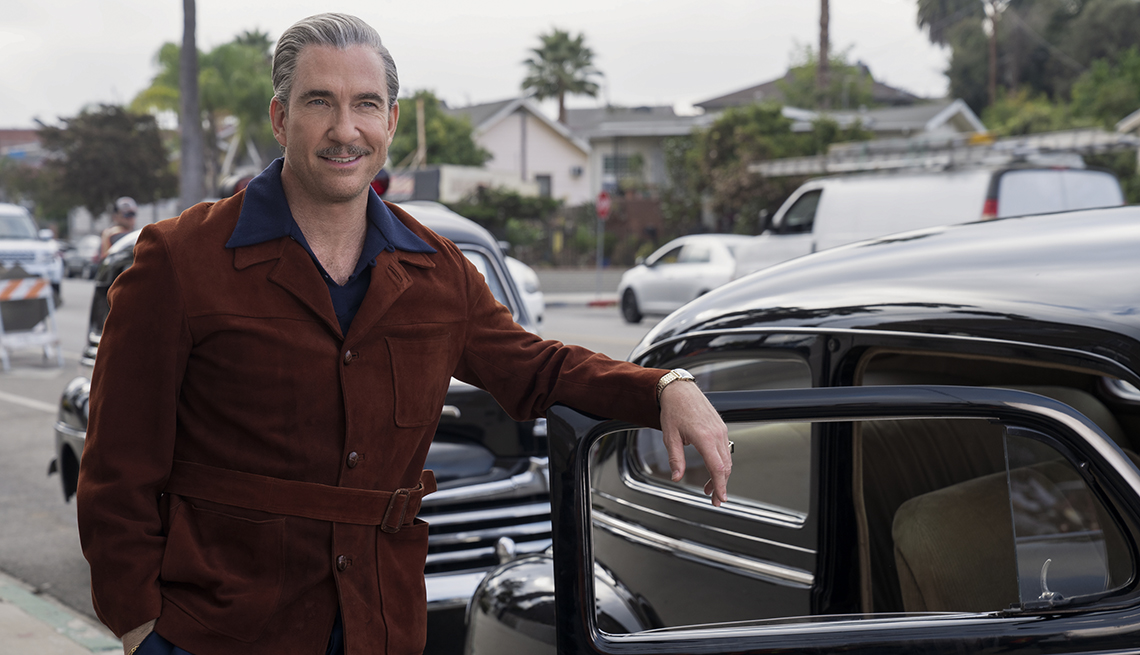 A character like Ernie comes along once in a rare while, and you fall in love. He's partly inspired by Scotty Bowers [who claims in his memoir that his Hollywood gas station was a front for an elite escort service for Tinseltown titans, male and female]. If Scotty Bowers and Clark Gable had a love child, it would be Ernie West. Ernie is kind of stolen from them, and I made up some stuff myself. It's always kind of a cocktail, isn't it? Each character is a mix.

His full head of gray hair

Ryan Murphy [producer of Hollywood and American Horror Story] wanted me to be all gray, with a crewcut. I was down with the all gray, but the crewcut I wasn't sure about. I showed him some pictures of Clark Gable and he went for it. I have a poster of The Misfits in my house. I look at him every day, so I think unconsciously he's always around somewhere.

The secret he keeps under his hat

I have some gray now, but not gray like Ernie. I don't think anybody knows, but Ernie's gray hair is a wig. It's actually a beautiful European woman's hair. They did a great job, didn't they? It looks very real. 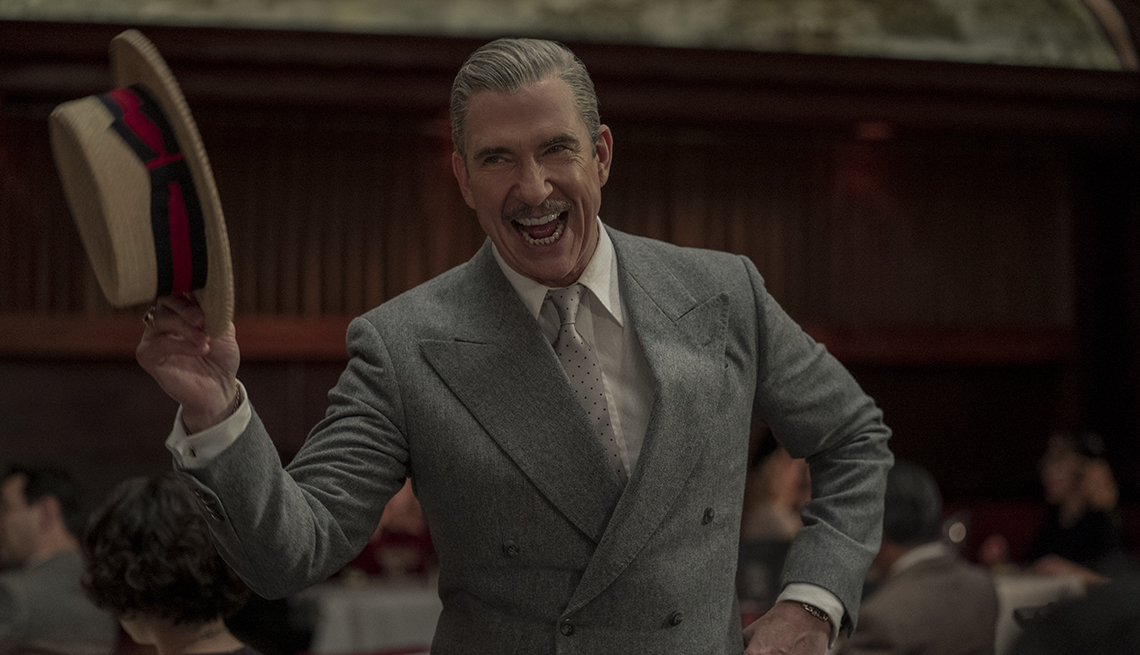 Falling in love with Old Hollywood

Cary Grant and Humphrey Bogart and Clark Gable and Marilyn Monroe — I love that era of Hollywood. Everybody looked so impeccable back then. There was a glamour that we don't have anymore. Back then the movie star was everything. We [castmates Darren Criss, Jim Parsons, Holland Taylor, Patti LuPone, Mira Sorvino and Rob Reiner] captured a little bit of that in the show.

Is ‘Hollywood’ fiction or fact?

This show is revisionist history — “faction,” as Ryan calls it.

What part of Hollywood's story never happened but should have?

To have women [LuPone's and Holland's roles] who run a studio. To have people of color as movie stars in the ‘40s. To not have gays in the closet and be who they really were and not have to hide. If that had happened back then, it would be wonderful to see where we would be today.

No, I never have [as the show's ambitious star wannabes do in the opening credits]. I've been close to it, but I never climbed it. 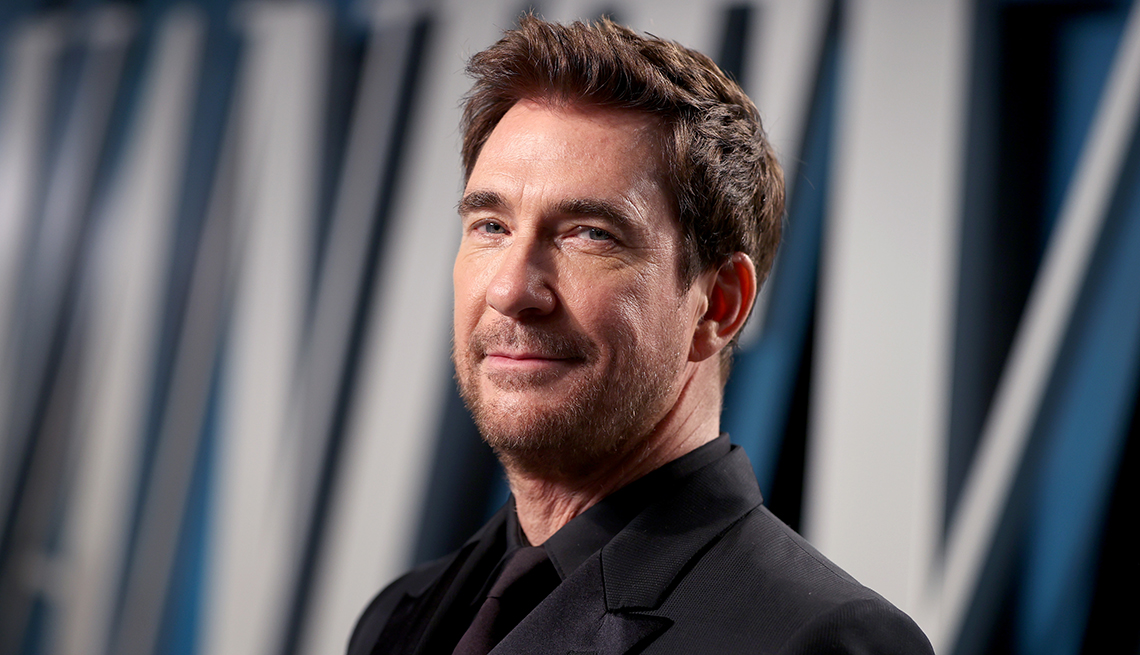 Top 3 acting inspirations: Peter Sellers, James Dean and Marlon Brando. “On the Waterfront was a seminal movie for me.”

It's this idea of being disposable — you just don't know when your number's up and the phone stops ringing. In the makeup trailer one day, they were talking about Veronica Lake, a tragic movie star who didn't get work and then was waiting tables. You're left with the ghost of the past.

Only a handful of actors did it their way. Cary Grant woke up one day and said, “I'm not Cary Grant anymore,” and he walked away from the business. Or Gene Hackman or Greta Garbo, who said, “I want to be alone.” Most of us, we'll probably go out feet first.

How he spends time in quarantine

I've been writing my memoir. I've had time to do that on a daily basis because, obviously, there's not a lot to do. I've been using this time to really do a deep dive. Luckily, I have a little gym here in my house, and I take some classes online.

I had my daughter [Colette, 23] for about a month at home, and I was in heaven, because we don't get to spend that much time together. But then she left. That was sadness. [McDermott's other daughter, Charlotte, 14, lives with his ex-wife Shiva Rose, who played scandalous 1920s actress Louise Brooks in Return to Babylon]. Colette and I took a social distance walk the other day, and it was just so great — just to see her in the flesh. Nothing's like the real thing, is it?

Tiger King, like everybody else, Atlanta and the news. I watched an interview with Bill Gates — really interesting.

I don't know yet. I think it's going to be inch by inch for me, just kind of sticking my toe in the water and looking around and going, “Hello, anybody there?” It's really not like I'm going to go running in the world with my arms flying open greeting everyone. It's really delicate, isn't it?