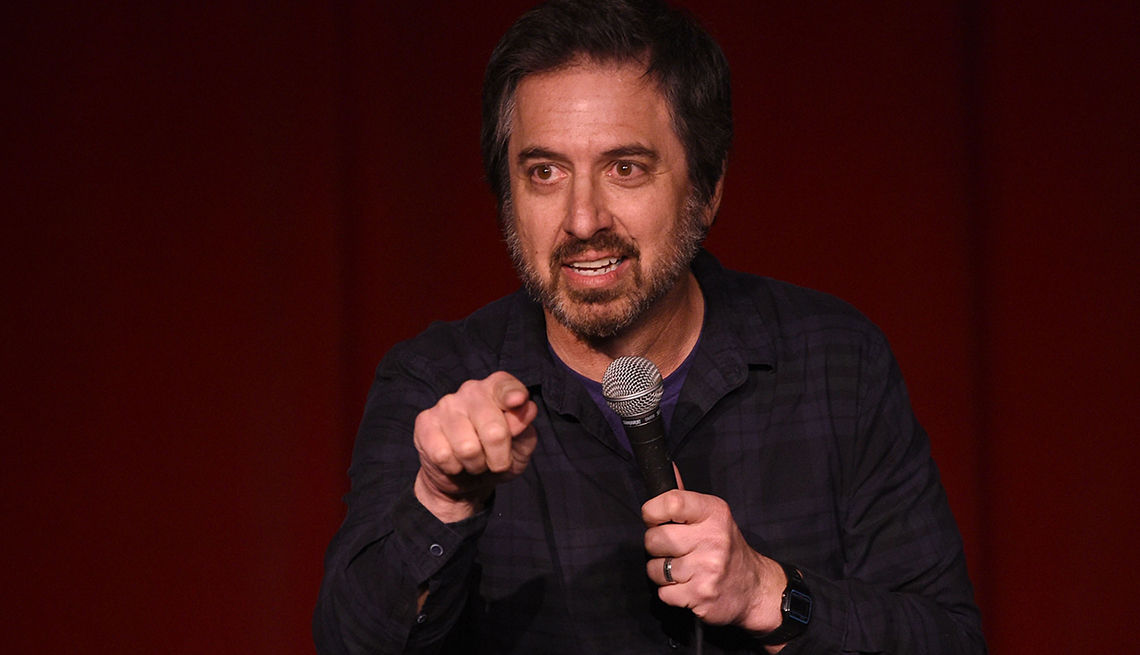 Ray Romano, 61, is getting serious. He still does stand-up comedy, like his new Netflix special Right Here, Around the Corner. But he's also become an acclaimed capital-A Actor. In the Netflix film Paddleton (released Feb. 22), he delivers a finely calibrated performance as a lonely bachelor who helps a cancer-patient neighbor (Mark Duplass) plan his assisted suicide (while tempted to thwart it). He also stars this year with Robert De Niro, Al Pacino and Joe Pesci in Martin Scorsese's hotly anticipated mob movie The Irishman, also for Netflix. Clearly, this guy is no joke.

What’s the best part of aging?

Things I worried about when I was younger, I stress over less. Some articles say the happiest people are 65 to 70 and older. Assuming they have their health, they seem to be the most content people. I guess they don’t really need to prove anything anymore. They accept who they are and enjoy life. Don’t get me wrong, I’m still neurotic and stressed. But less.

In your stand-up special, you joke that a drawback of getting older is you sometimes have to ”take a knee” during sex. Other than that, what’s the worst part of aging?

When I see my age in print, it seems like a different person. Mentally, I feel like I’m an immature 25-year-old jerk. Also, this business is a young man’s game. That doesn’t mean there isn’t creative work to do, but every project I take on, I go, “Come on, you’ve only got two years left before everybody stops answering the phone.” De Niro and Pacino are timeless. But that’s not Ray Romano.

But you’re working hard: stand-up, the superb Get Shorty series, renewed for 2019 and rated 97 percent on Rotten Tomatoes, the 2018 Oscar nominee The Big Sick, Paddleton, and your movie with De Niro and Pacino. Your reviews have never been better.

When I go on stage, there’s great energy and excitement. I don’t know — when you hit 70, does that last? Certain comedians hold up over time.

At 90, Don Rickles was going strong.

I would go see Rickles at any age. I won’t name names, but there are great comedians time catches up to. It’s not that they can’t do it. It’s just that times have changed, and their act doesn’t lend itself to being relevant anymore.

Why work so hard? Your net worth is nine figures. You say your wife wants you out of the house, but what drives you?

Just the creative bug. The juice. I don’t pick projects for the money. The joy from performing is still in me. I don’t know what else I would do. I would golf, but I suck at that, too. 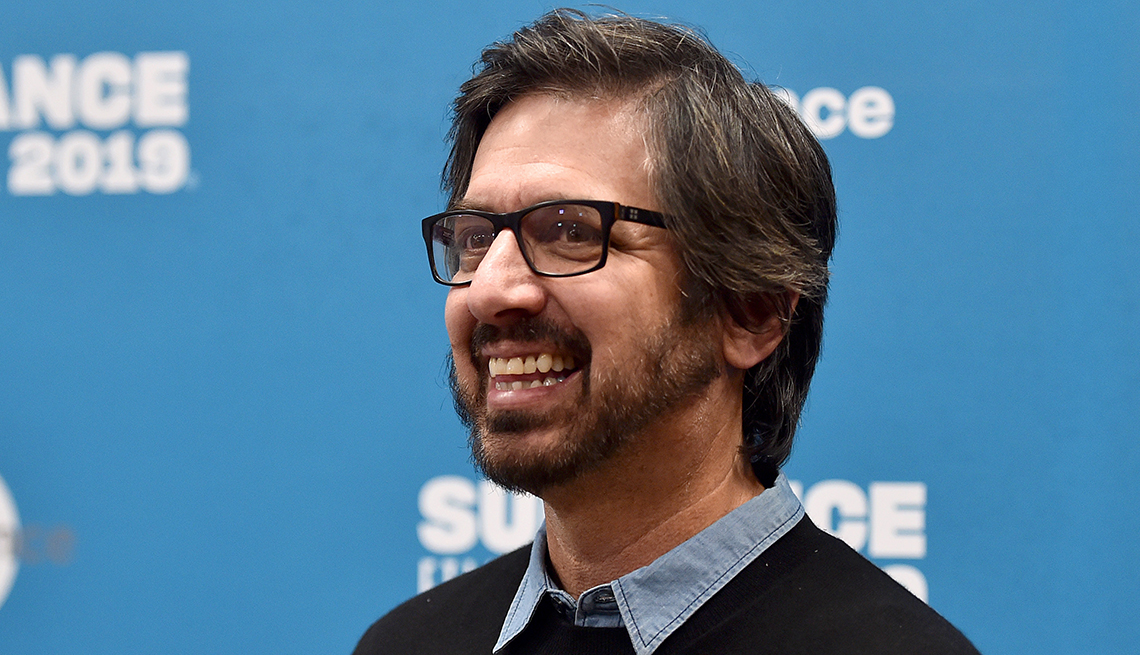 Ray Romano at the Sundance Film Festival premiere of his Netflix film 'Paddleton.'

What challenged you about Paddleton?

There was no script, just a 20-page outline. Improvising a scene was new to me. I knew it was going to get heavy. It scared me a little, but that’s good. I was willing to take this leap and try it. I was waiting four months for the rough cut. I thought, “Oh my God, it’s what I suspected, they realized it’s horrible.” So I emailed the director: “Hey, we gave it a shot. It’s an improv movie. That’s the risk you take.” But when I got the rough cut, I was just blown away by what they had done.

It’s a movie about friendship and death. Do you find yourself thinking about those topics nowadays?

Well, I’ve always thought about death (laughs). I’m a hypochondriac. Friendship, especially in this business, is tricky. I still have my friends that I had when I was growing up in Queens. After family, friends are the most important things you can have.

Is dying easy, while comedy is hard?

I don’t know if dying is easy, but I know comedy is hard. The beginning is the hardest part because you’re not good, and you have to learn how to be better in front of the worst audiences there are because you’re the guy going on at 1 in the morning. I gave it up twice, once for a year and once for two years, because I was so discouraged, and I went back. If you’ve got it, eventually it’ll come out, but it’s not handed to you.

You’re doing a lot of work for Netflix. Does it affect your performance, knowing some people will watch it on their phones?

No, but I hope people still go to theaters to see movies, especially comedies. The laughter of an audience, that’s like the score. Otherwise, it’s like watching a thriller with no music.

On The Irishman, who was the most intimidating: De Niro, Pacino, Pesci or Scorsese?

All of them (laughs). They’re in that club of icons. You have to pinch yourself. I can’t believe I’m in a Scorsese movie. I know Joe Pesci from golfing — we belong to the same course. De Niro is a quiet guy. I was scared to talk to him until I finally had the guts to start a conversation, and after that it was very comfortable.

Very gregarious. He gave me my favorite accidental insult. I wear a little fat suit for the scenes when I’m in my 70s, and in one scene Pacino was worried he didn’t know if we were supposed to be in our 70s or our 50s. He said, “I didn’t know you were wearing a fat suit for this scene.” And I said, “I’m not, Al (laughs). But thanks for letting me figure out what my new year’s resolution will be.” It’s like the male version of asking a woman when she’s due when she’s not due. Granted, we had just come from lunch, and I was a little bloated and sitting, but still…

The youngest of your four kids just turned 21. Are you worried about an empty nest?

I still have three at home. I lived at home until I was 29 in a 2,000-square-foot Queens rowhouse with one bathroom. My house is 10,000 square feet, with nine bathrooms. They’ve got a theater, a trampoline and a tennis court. My wife is constantly trying to instill independence into them, but she’ll probably miss them the most when they go. We go three days without seeing them anyway.

Do you think you’ll ever retire?

I hope not. If I do, I hope it’s voluntarily. If I have a passion for travel all of a sudden — don’t bet on that — then my wife’s dream will come true. But as long as I still have the bug in me, I hope I’ll be able to keep going.