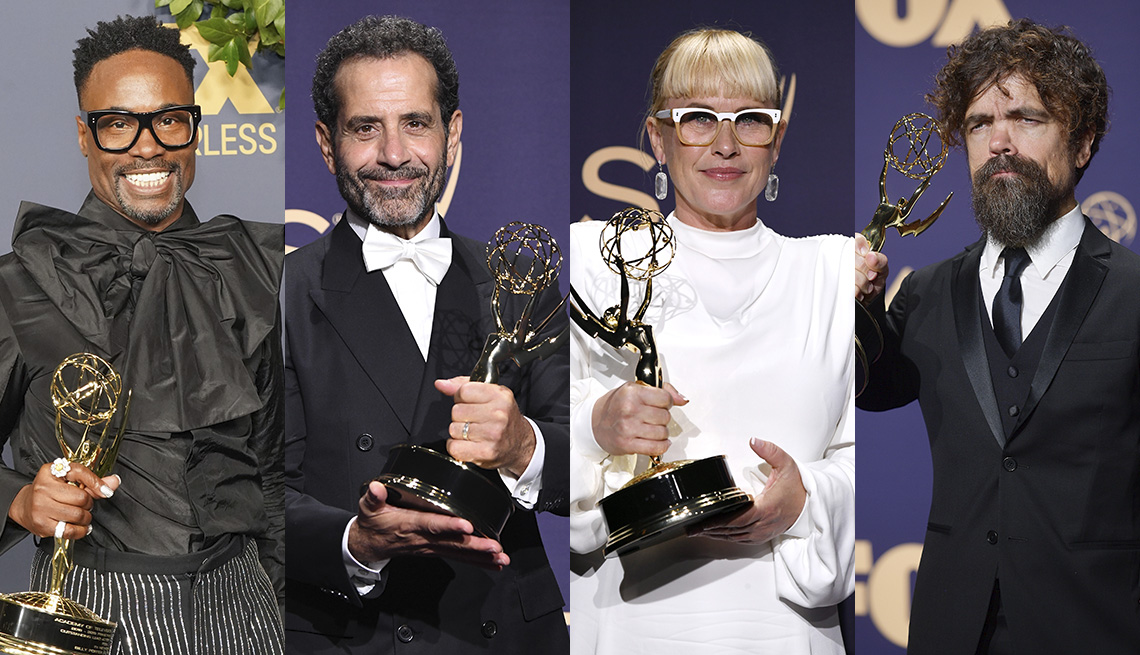 Four actors over 50 took home the gold trophy at the 2019 Emmy Awards on Sept. 22, twice as many as last year. Patricia Arquette, who was nominated for playing two middle-aged characters based on real people, won for playing a deranged mother afflicted by Munchausen syndrome by proxy in The Act. She was also nominated for playing the prison worker who helped two convicts, both of them her younger lovers, go fugitive in Escape at Dannemora.

"I'm 51, and inside I still feel like I'm 20,” Arquette has told AARP. “I'm actually getting the best roles of my career, oddly, at an age when traditionally, women are basically put out to pasture. So I'm hoping that things are changing and that there will be more stories written by people who are older, stories about people who are older.” She has won two Emmys, two Golden Globes, two Screen Actors Guild Awards and an Oscar — all but one after the age of 47. She prefers roles in ambitious, intelligent dramas appealing to a grownup audience. “A lot of parts for 50-year-olds, or even young women, are pretty simplified: You're the pretty girl, you're funny and supportive or you're a wife. Selfishly, as an actor, these are much more interesting parts,” she told awards expert Steve Pond.

Billy Porter, 52, became the first openly gay black man to win an Emmy for drama series lead actor in Pose. Since he's already a Tony and Grammy winner for playing the lead in the Broadway musical Kinky Boots, and Hollywood loves the idea of the “EGOT” — denoting winners of the Emmy, Grammy, Oscar and Tony — his odds of earning an Oscar one day just improved.

Jane Lynch, 59, won comedy guest actress for The Marvelous Mrs. Maisel, and Cherry Jones, 62, and Bradley Whitford, 59, won awards for drama guest actress and actor, both for The Handmaid’s Tale.