Hell no, the circle won't be unbroken — not with Dolly Parton, Merle Haggard, Kris Kristofferson, and about 100 other immortals helping Ken Burns present the history of country music in the 20th century. In eight two-hour episodes, you'll hear the Carter Family, the Judds, and everybody important in between.

This time, L.A. Law veteran Jimmy Smits, 64, plays a feisty Memphis attorney fighting for the little guy, and sometimes against his estranged daughter and legal partner (Caitlin McGee). They're both determined to win landmark civil rights cases, even though she's barely speaking to him, considering how he treated her mom.

Can a plus-size Detroit compression-sock salesman (Mike & Molly's William Gardell, Jr.) find happiness with his cardiac nurse (Folake Olowofoyeku), a Nigerian immigrant not easily swept off her feet? Yes, if the producer is The Big Bang Theory's Chuck Lorre, and his cowriter is Nigerian-British comedienne Gina Yashere.

A tough-guy NYPD detective (Lou Diamond Phillips, 57) knows his team's genius psychologist (The Walking Dead's Tom Payne) is an expert on serial killers — because the guy's father (Michael Sheen) is a serial killer who advises him on catching the killers at large. Sure, he murdered 23 people, but he's a doting dad who just wants to reconnect with his son.

Judges on TV series are usually soberly reserved, but newly appointed L.A. County Judge Lola Carmichael (Simone Missick) wears her heart on her sleeve. She's emotionally impulsive and physically clumsy, but she's got a powerful grownup mentor: Judge Judith (CSI's Marg Helgenberger, 60), who was shattering glass ceilings when Lola was a tyke. It looks like this show is trying to do for courthouse people what Grey's Anatomy did for hospital workers.

In the most AARP-friendly new show of the year, Everybody Loves Raymond's triple Emmy winner Patricia Heaton stars as Carol, a retired teacher whose kids (and ex-husband) are grown and flown. So she decides at age 50 (even though Heaton is really 61) to become the oldest medical student around, competing with interns half her age and mentored by supervising doc Kyle MacLachlan, 60. Heaton was itching for a new challenge after her real kids left home and her show The Middle was over. “If you find yourself with an empty nest or retired,” Heaton tells AARP, “look inward [to ask] ‘What is my passion?’ or look outward and ask, ‘What does my community need that I can provide?'"

The West Wing veteran Bradley Whitford, 59, who's having a career renaissance (The Handmaid's Tale, Get Out), plays a former Princeton music prof who unexpectedly finds himself the choir director of a rural church whose members could not be less like his Ivy League self. Inspired by the showrunner's choirmaster grandpa, whose life really was saved by such a job, it boasts the music director of Glee. 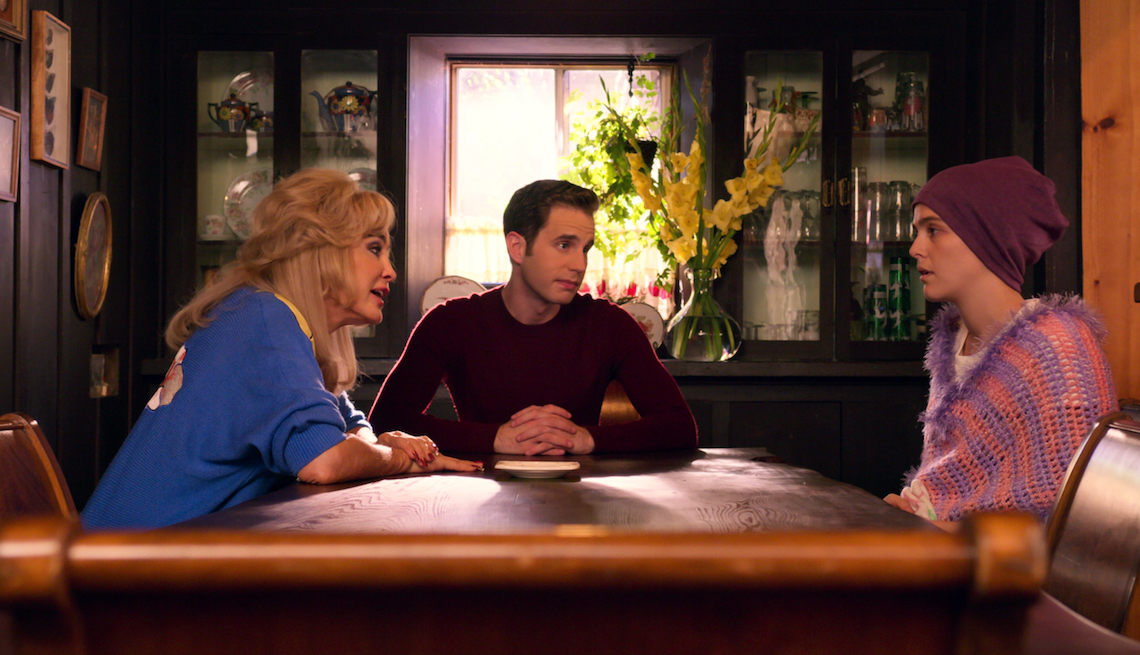 Likely another hit by American Horror Story creator Ryan Murphy, it's a scathing comedy about a ruthless teen (Ben Platt) out to be president of his school, then America. Gwyneth Paltrow plays his plutocrat mom, and Jessica Lange, 70, plays another student's scamming mom. Bette Midler, 73, January Jones, and Dylan McDermott, 57, also star. “You have three lesser Picassos in your housekeeper's room in your house,” an adviser tells the teen politico. “Annie Leibovitz took your family Christmas card photo. You have a 4.3 GPA. You're untouchable!”

An only child (Brittany Snow) finds out she's not an only child, because her fertility doctor dad (Timothy Hutton, 58) artificially fathered over 100 kids, and now she's got to form a new family with her newly discovered half-sisters, a recovering addict (Emily Osment) and a single mom (Megalyn Echikunwoke).

Inside the Actors Studio (Ovation, Oct. 13)

After a quarter-century and 20 Emmy nominations, founding host James Lipton, 92, hands the interviewing duties over to a rotating cast of hosts including Jane Lynch, who interviews David Oyelowo; Alec Baldwin, who interviews Henry Winkler; and Kelsey Grammer, who interviews his old Cheers and Frasier boss James Burrows. Every Sunday at 12 p.m. ET in August and September, Ovation will air one of Lipton's classic interviews (with George Clooney, Robin Williams, etc.).