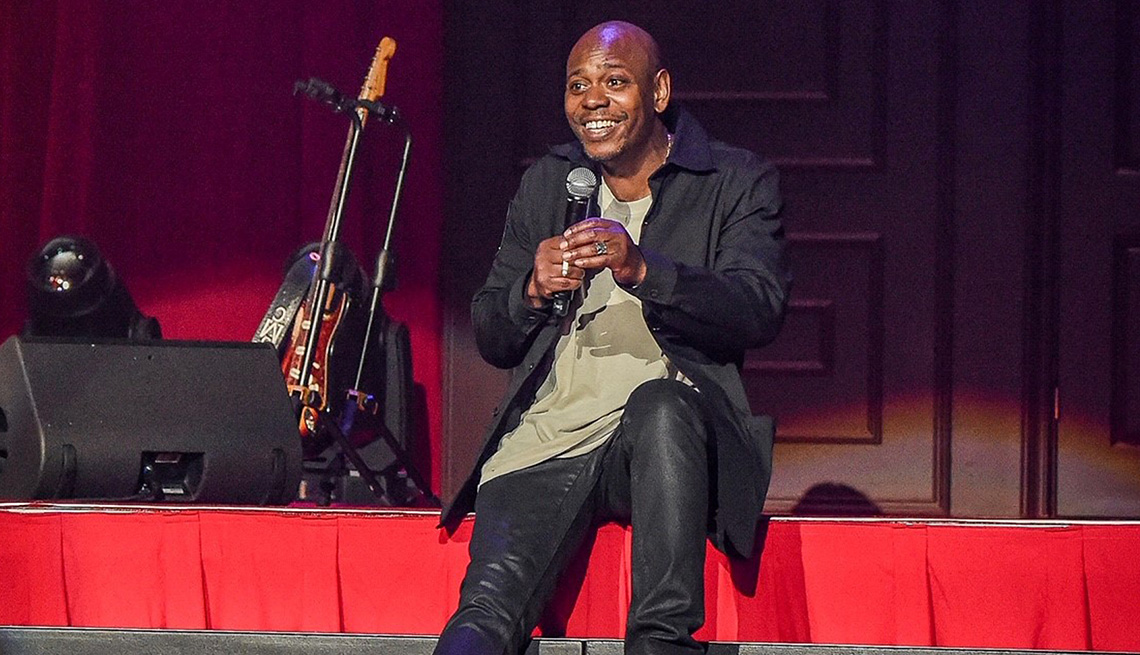 Chappelle is a longtime awards magnet. His Chappelle's Show on Comedy Central fetched three Emmy nominations and was the top-selling DVD of any TV show ever produced, and he won Emmys for hosting Saturday Night Live and for his 2017 special called Dave Chappelle: Equanimity. In addition, his 2017 and 2018 comedy albums won Grammy awards. As an actor, he's appeared in You've Got Mail, Robin Hood: Men in Tights, The Nutty Professor, Con Air and Spike Lee's Chi-Raq.

For 48 years, the Kennedy Center has served as a center of and rallying point for American culture, supporting creative artists and arts education nationwide. It draws a physical audience of almost 2 million per year for over 2,000 music, dance and drama performances. Counting touring productions and broadcasts, it reaches 40 million people a year.