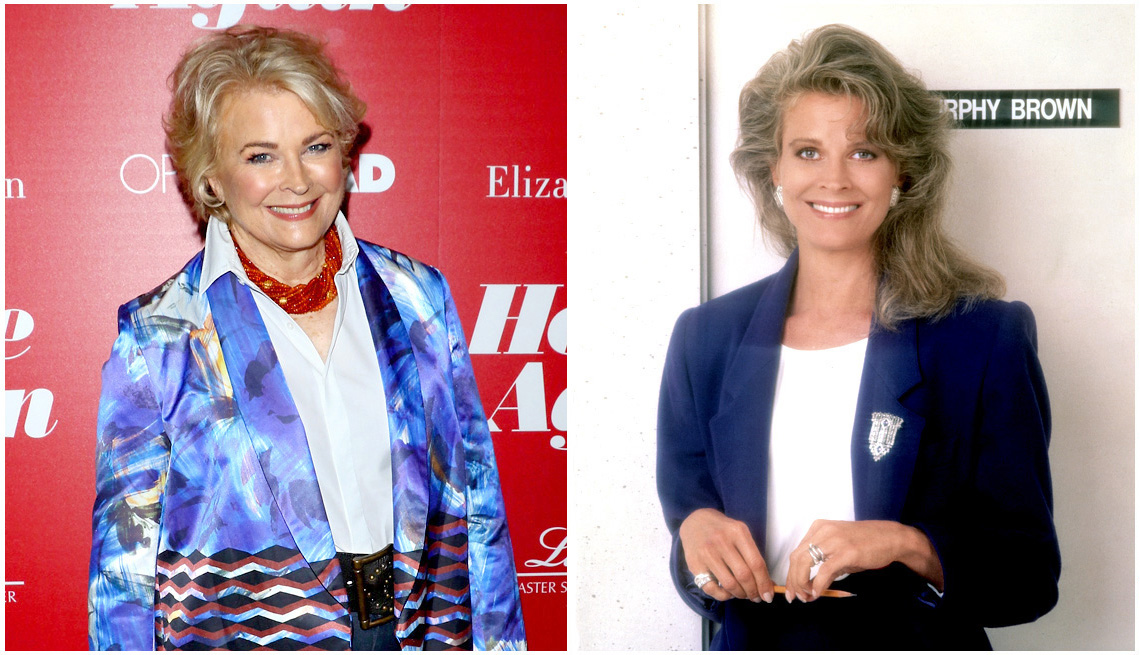 Candice Bergen, pictured in 2017 (left), more than 20 years after she left her hit TV show where she starred as Murphy Brown (right).

Thrilled by the recent, terrific reboots of TV classics Roseanne, The X-Files, Will & Grace, Queer Eye and One Day at a Time? Looking forward to the April 13 Lost in Space reboot with Parker Posey, 49, as Dr. Smith? Not discouraged by the mediocre reboots of Dynasty, Full House and MacGyver? Then you’ll want to know about the 10 planned rebooted shows that we’re most eager to see. Here’s what’s in the pipeline.

Roseanne’s return thrilled Trump voters, so maybe Murphy Brown, 1988-98 doyenne of fictional liberal TV newswomen, will draw the other half of the nation’s eyeballs when it airs on CBS in 2018-19. After all, only 25 million watched Roseanne’s return, while 70 million tuned in when Murphy tongue-lashed Dan Quayle for criticizing her single motherhood. Will there be jokes about the real-life date that star Candice Bergen, 71, once had with Trump? Also back: Murphy sidekicks Corky, Frank and Miles (Faith Ford, Joe Regalbuto and Grant Shaud). 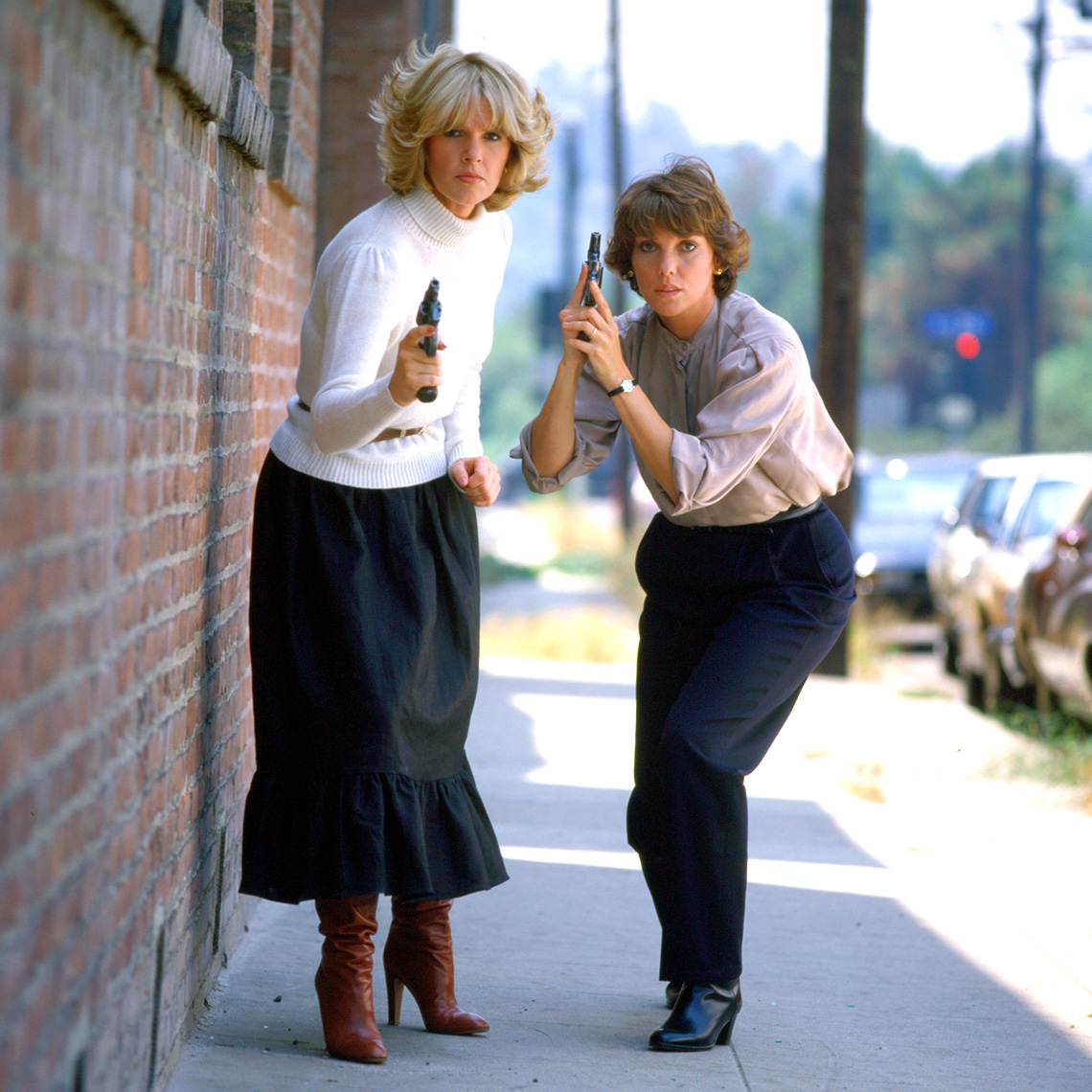 The 1981-88 female cop show was supposed to star Ann-Margret, Raquel Welch and then Heather Locklear, but a writers strike ruled out rewrites, forcing the studio to go with a more feminist show starring Sharon Gless and Tyne Daly. Now the dynamic flatfoot duo are Sarah Drew (Grey’s Anatomy) and Michelle Hurd (Hawaii Five-O, yet another reboot), working not for NYPD but LAPD under boss Ving Rhames, 58. Daly has said that both she and Gless were considered washed up in Hollywood when the show originated — when she was 35 and Gless 38: “We were basically old news as actresses because of our age. But we became famous instead.” (Daly’s 2017 Spider-Man flick earned about $1 billion.) May this pilot become a series so the same thing happens to Drew, 37, and Hurd, 51.

Frankly, Grasshopper, we wish the 1972-75 original with David Carradine pretending to be a Chinese kung fu monk in the Wild West had starred the guy who pitched this idea to Hollywood, actual Chinese kickbox philosopher Bruce Lee. And we wish Bruce’s son, Brandon, who played Carradine’s son in Kung Fu: The Movie in 1986, had lived to make a series out of it. What piques our interest is that in this Kung Fu pilot episode, the monk/martial artist is a woman, hunting the bad guy who stole her child in 1950s America. In any case, it will be nice to have a hero who heeds her monkish elders.

We’ve already seen the 1959-64 Rod Serling original, a four-part 1983 film version (worth seeing for the first part with Dan Aykroyd as a demon and the last, with John Lithgow on a demon-attacked plane) and TV reboots in 1986 and 2002 (with Forest Whitaker). This is the most promising new Zone series ever, though, because it’s from Oscar-winning Get Out auteur Jordan Peele and X-Men: Days of Future Past producer Simon Kinberg.

The original 24 episodes ran for only six months in 1962-63, but after an eternity of reruns (and a few reboots) since, the futuristic clan with a pup named Astro still feels like family. It’s hard to understand how ABC is going to turn the cartoon into a live-action show, set 100 years hence and filmed before a live audience, with sci-fi special effects somehow added to the mix. But if anyone can do it, it’s executive producer Robert Zemeckis (Back to the Future). 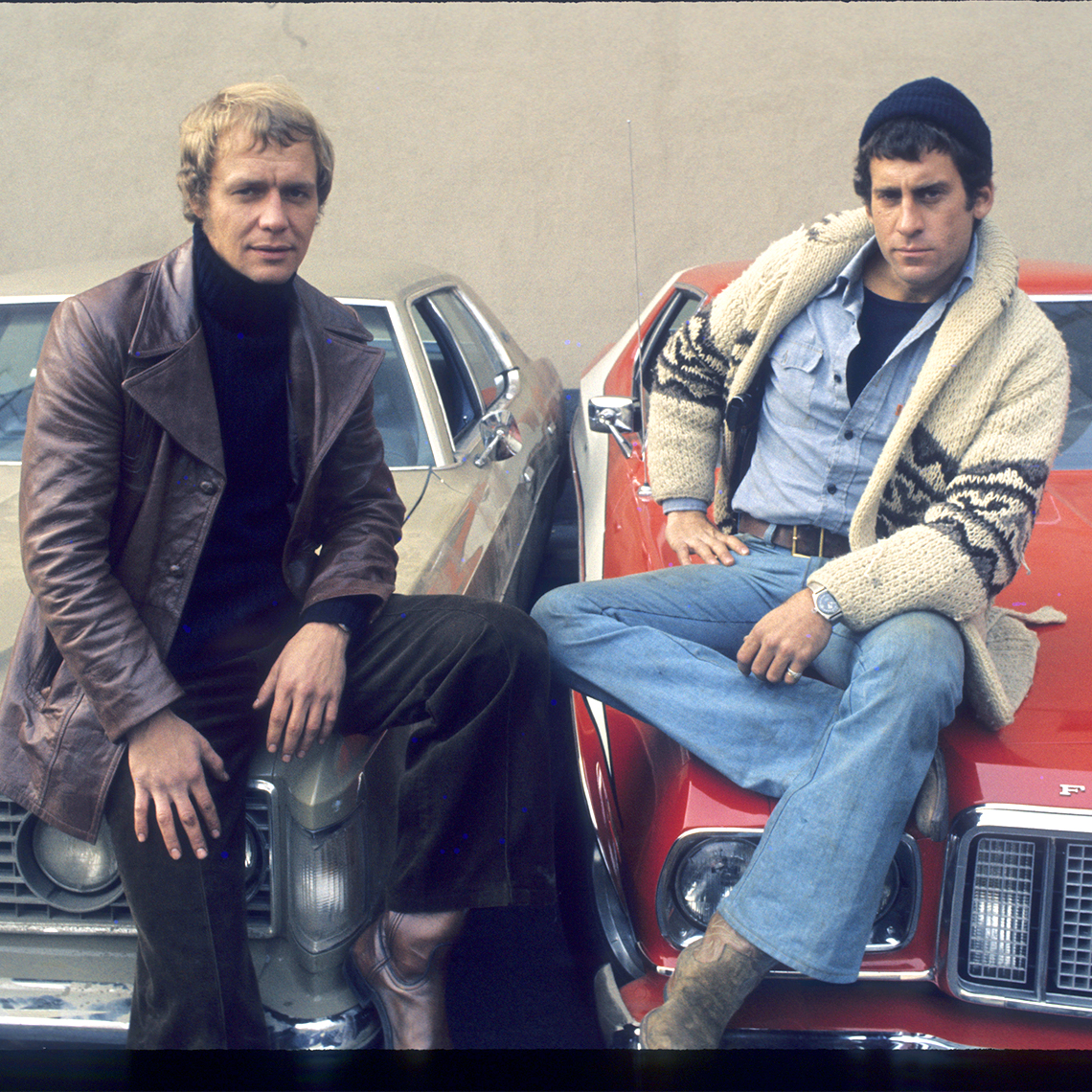 Since the 2004 movie reboot with Ben Stiller and Owen Wilson made $170 million, Amazon and Sony Pictures TV may have a hit on their hands with their in-development reboot of the 1975-79 police procedural starring David Soul and Paul Michael Glaser. It could be good, because it’s the first TV project of James Gunn, whose subversive Guardians of the Galaxy flicks are great superhero movies that spoof everything about superhero movies. And they made about 10 times as much money as the Starsky and Hutch movie. 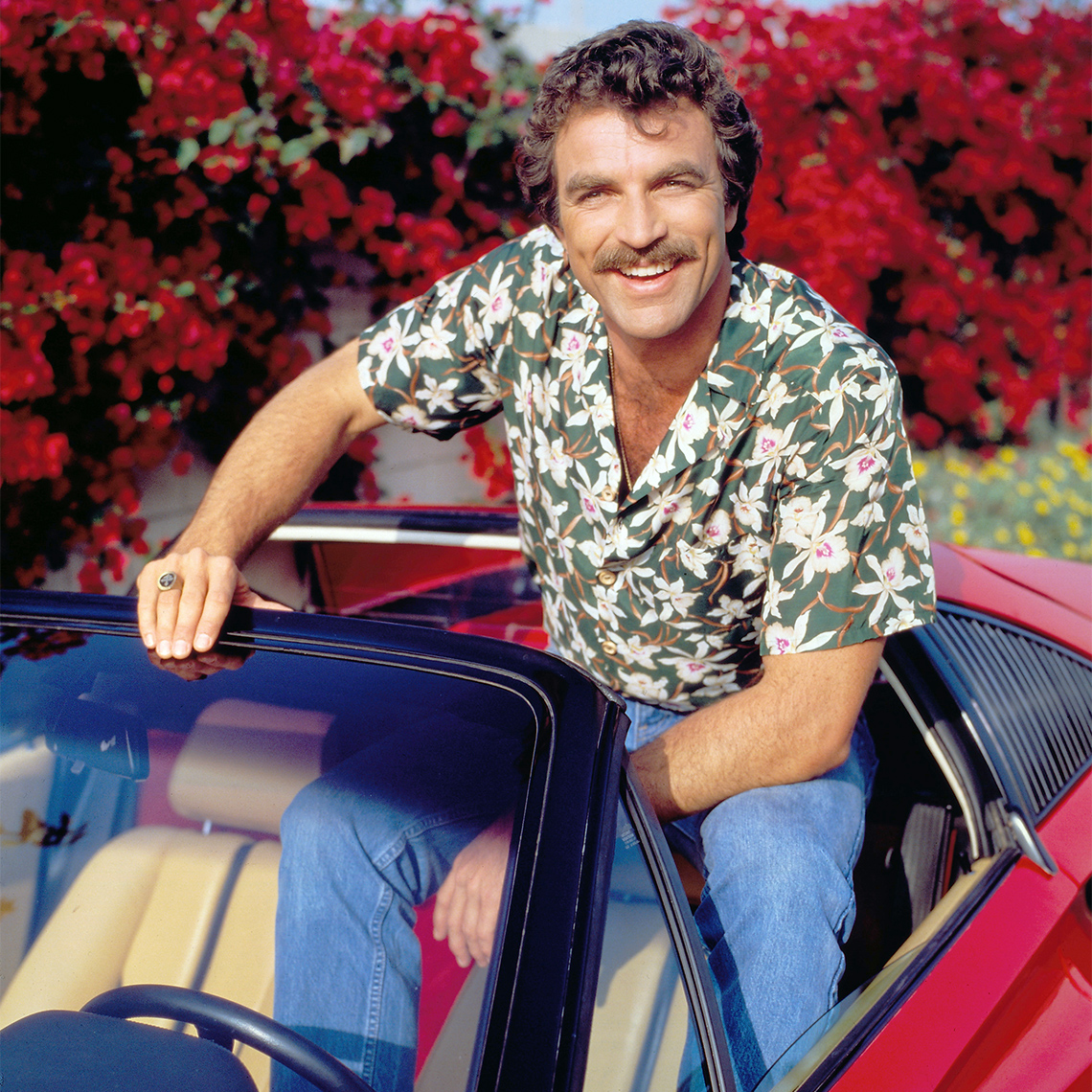 Last year, ABC and producer Eva Longoria commissioned a script for a reboot of the Hawaii-set 1980-88 hit starring Tom Selleck, now 73. We loved that idea, because Selleck’s Blue Bloods is the third-most-popular show among viewers over 50. That didn’t happen, but now there’s a CBS pilot for a reboot with Jay Hernandez (Scandal, Suicide Squad) as private eye Magnum, who’s back in lei-land after Navy SEAL duties in Afghanistan. The writer-producer is Peter Lenkov, the same guy who rebooted Hawaii Five-O and MacGyver. 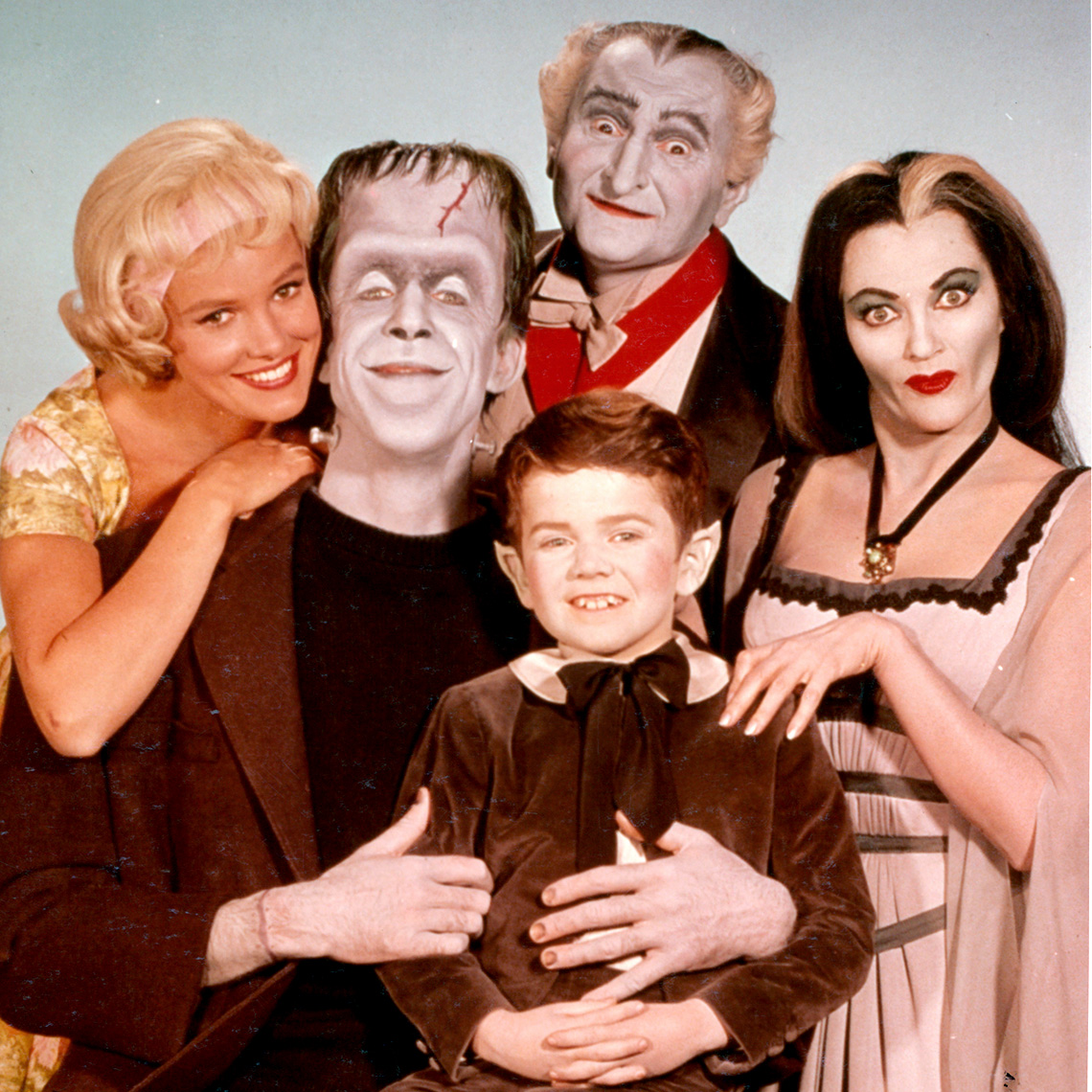 Pat Priest, left, was the odd girl out in the loving, all-American family the Munsters, with Fred Gwynne, Butch Patrick, Al Lewis and Yvonne De Carlo.

Sure, The Addams Family was better, but admit it, you miss this amiable 1964-66 monster hit starring Frankenstein-like Fred Gwynne and Al Lewis as a vampire grandpa. This NBC reboot could be better, since it’s produced by Seth Meyers and written by Jill Kargman, who lampooned her Upper East Side life on Odd Mom Out. She switches the Munster home from California to hipster-afflicted Brooklyn.

By the end of the 1984-89 series that defined its era, it was so overexposed that David Letterman joked about a memoir by one of its stars titled That’s Pretty Much the Last You’ll Hear About Me. But Vin Diesel and Chris Morgan, whose $1.5 billion Fast & Furious flicks give them clout, are rebooting the stylish narc show with a script by the guy who rebooted Stephen King’s The Mist last year. No telling whether it will bring back pink-and-yellow fashions and those once-newfangled “rock videos” we once loved. Seems like this pilot will become a series. We can feel it coming in the air tonight — oh Lord!

Believe it or not, Rockford Files creator Stephen J. Cannell’s 1981-83 series about a substitute teacher given a superhero suit by aliens is back in a pilot episode for ABC. This time, the star is not William Katt (Carrie) but a 30-ish woman who seeks meaning in life, loves tequila and karaoke, and vexes her traditionalist Indian American family. The original superhero suit had no user’s manual, so it was funny to watch Katt ineptly discover its powers (basically Superman’s powers, plus ESP, invisibility and supernatural gifts). All we can say is, if she has an FBI handler like the original hero, he or she had better be as sarcastic as Robert Culp was on the show.

Roseanne and John Are Back