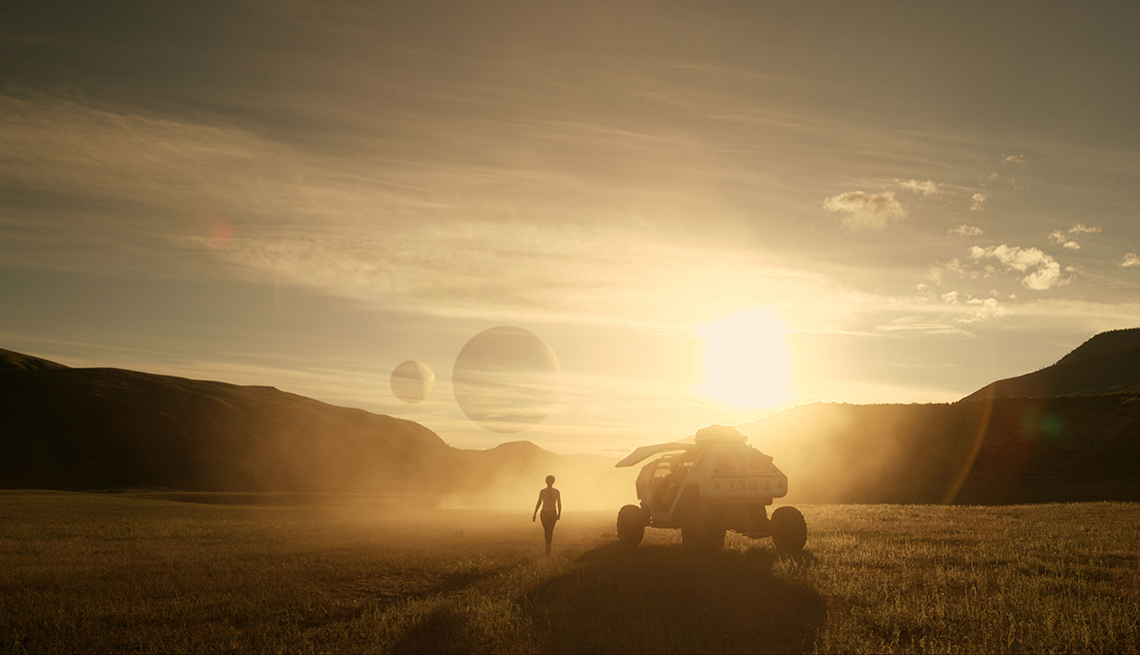 Netflix announced that its reboot of "Lost in Space" will premiere in April — for earthlings, at least.

Among possible places to catch a sneak peek at the upcoming Netflix reboot of Lost in Space, perhaps the least comfortable of all might be … in space. And yet, that’s exactly the chance the streaming service afforded the astronauts on the International Space Station. In announcing an April 13 premiere date for earthbound viewers, Netflix said that it had already provided a special preview of the new show to NASA. The agency transmitted the pilot episode to the space station for those aboard to watch during their leisure time.

The original Lost in Space chronicled the adventures of the Robinson family — dad, mom and three kids — whose space mission went awry, leaving them stranded on a strange planet. It aired on CBS for just three seasons, from 1965 to 1968, but left an indelible mark on pop culture — and on boomers for whom it became a childhood TV touchstone. A 1998 big-screen film featured an impressive cast that included Gary Oldman, William Hurt and Mimi Rogers, but mostly lived up to its title among moviegoers.

Netflix first announced its upcoming reboot back in 2015, so the announcement of a confirmed premiere date — all 10 episodes will premiere at once — was a long-awaited one. The new reboot is set in the year 2045 and stars Toby Stephens and Molly Parker as Mr. and Mrs. Robinson, and Parker Posey as the villainous Dr. Smith. Watch the preview below for a (non-interstellar) first look, and keep an ear out for the new version of the show’s most famous catchphrase, “Danger, Will Robinson!” — which actually was only uttered once in the entire 83-episode series' original run.