John Grisham Is Passionate About 'The Innocent Man'

The author talks new Netflix version of his book, selling gazillions of thrillers and being a grandfather 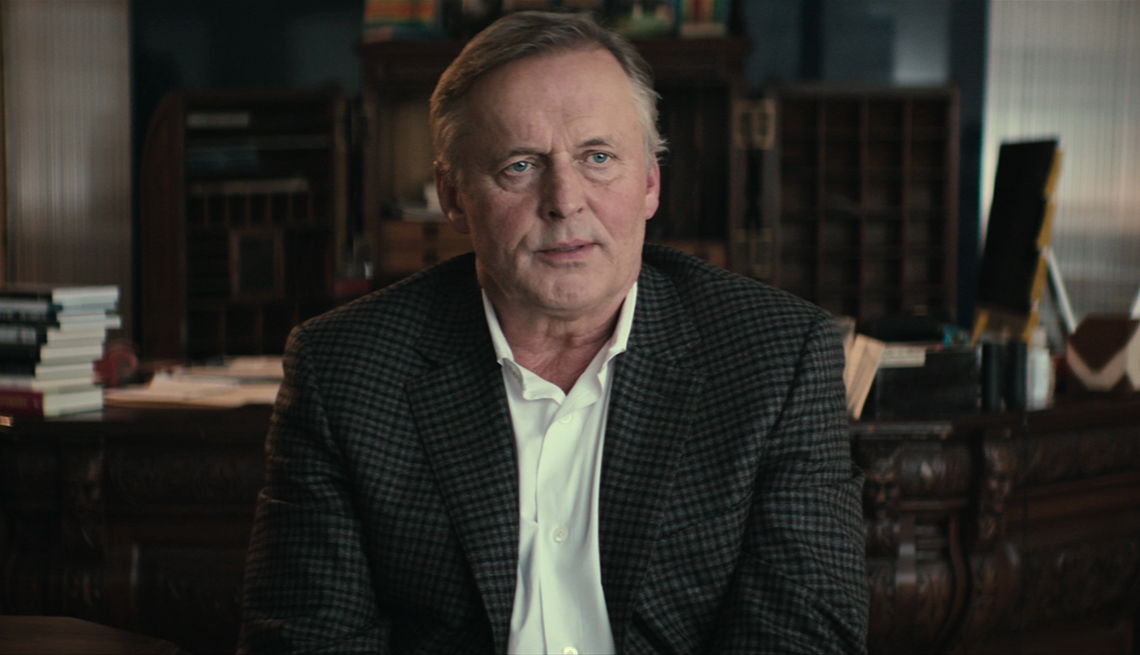 Mega-selling author John Grisham has no plans to retire. “When it stops being fun,” says the 63-year-old grandfather of two, “I’ll just quit.” But why should he?

Writing is Grisham’s second career — he gave up lawyering long ago — and he’s been writing prolifically since his first book, A Time to Kill, came out in 1989 (after being rejected by 28 surely still-regretful publishers). He vows to continue writing a book a year, “as long as I have the ideas, as long as I think the stories are good and the readers still enjoy the stories.”

Readers are definitely still devouring his stories, whether in print (more than 300 million copies of his books have been sold), at the movies (nine have been made into feature films) or on TV.

His only nonfiction work, 2006’s true-crime best-seller The Innocent Man: Murder and Injustice in a Small Town, just hit Netflix as a six-part documentary series. Critics are offering mixed reviews, some describing it as confusing and less gripping than hot true-crime series such as Netflix's big hit, Making a Murderer.

But Grisham found the story absorbing enough to detour from fiction for. “I’d never thought about writing nonfiction before I wrote The Innocent Man,” Grisham says. “I was having far too much fun writing the novels and fictionalizing real stories, but when I read the story of Ron Williamson and Dennis Fritz, I just knew I couldn’t fictionalize that, because nobody would have believed it — it’s such a bizarre story. The truth was good enough.”

A tale as dramatic as any of the author’s blockbuster thrillers, it explores how four men were implicated in the grisly murders of two women in a small Oklahoma town in the 1980s. Grisham's book and the documentary argue convincingly that all four are innocent: Two (Williamson and Fritz) have been exonerated; the others (Tommy Ward and Karl Fontenot) are serving life sentences but are working to get their convictions overturned. Grisham calls the sentencing of these men “a huge breakdown in our criminal justice systems.”

It's an issue close to his heart. The former Mississippi lawyer is a longtime board member of the Innocence Project (he often uses “we” when describing the organization's work), devoted to freeing the wrongfully convicted. “You have to wonder how many innocent people are locked up. There are a lot of them. And how do you get them out?” Grisham says.

He's happy to reel off the many ways he thinks the justice system could be reformed: “If we would abolish the death penalty, take that pressure off the system, it would save a zillion dollars. If we would decriminalize a lot of our drug laws and stop the mass incarceration of so many people for nonviolent drug offenses. If we would eliminate the election of judges, take politics out of the system…”

And that’s just for starters. “We’re proud of our progress,” he says, “but we have a long way to go.”

Grisham grew up in Mississippi, and went to law school at Ole Miss, but once he reached blockbuster-author status — with the publication of The Firm in 1991 — he and his wife, Renee, left their home in Oxford, Miss., for a quieter retreat. They’ve lived for decades on a sprawling farm in an 18th-century farmhouse outside of Charlottesville, Va., where Renee trains horses. “We try to keep life simple,” he says. A baseball fan since childhood, the author built and funds a multimillion-dollar baseball and softball complex for the community near his home.

They often spend time with their son, Ty, 35, a lawyer in Charlottesville, and daughter, Shea, a teacher, who has two young children, Oliver, 2, and Marco, born in August. The fact that the grandkids live three hours away, in Raleigh, N.C., is no obstacle. “We see them all the time,” Grisham says.

Family matters far more to Grisham than the opinions of those in the literary world, whose judgments he claims to ignore. “I don't really worry about what critics or people with literary pedigrees say about what I write,” he says. “Once you sell a lot of books, they dismiss you forever, so I’m not trying to please those people, because you can’t.” 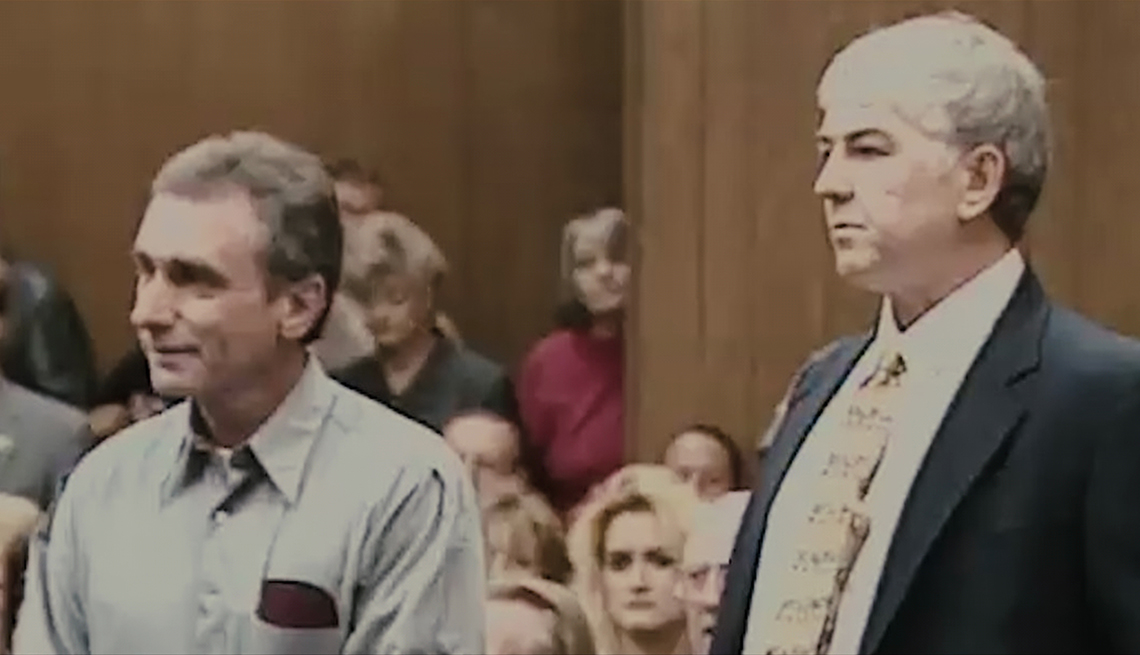 The Innocent Man recounts the case of Dennis Fritz (left) and Ron Williamson and their wrongful conviction for the 1988 murder of Debra Sue Carter in Oklahoma.
Netflix

USA Today's review of the author's latest, The Reckoning, probably sums up the critical conventional wisdom on Grisham when it notes, “Stylistically, Grisham’s writing is matter-of-fact, the opposite of dazzling. But have no doubt: He knows how to spin a yarn.”

The author, meanwhile, makes no apologies for catering to the mass market: “Writing is no fun if people are not reading what you’re writing.”

Grisham knows what his readers want — page-turning suspense — and he gives it to them like clockwork. For about half the year, starting around Jan. 1, he writes every morning for three or four hours. After that, he says, “your brain is pretty well mush and you need to go do something else.” He’ll often take a long walk, play golf or go to the gym for a workout.

Once he’s about halfway done with a book, he asks Renee to read it. “She makes a lot of notes, makes a lot of comments — sometimes welcome, sometimes not,” Grisham says with a laugh. He always completes his books by July 1.

It’s nearly the New Year, but he says he’s still mulling ideas for his next surefire hit. “I have two that I keep going back and forth with. I haven’t pulled the trigger yet.”