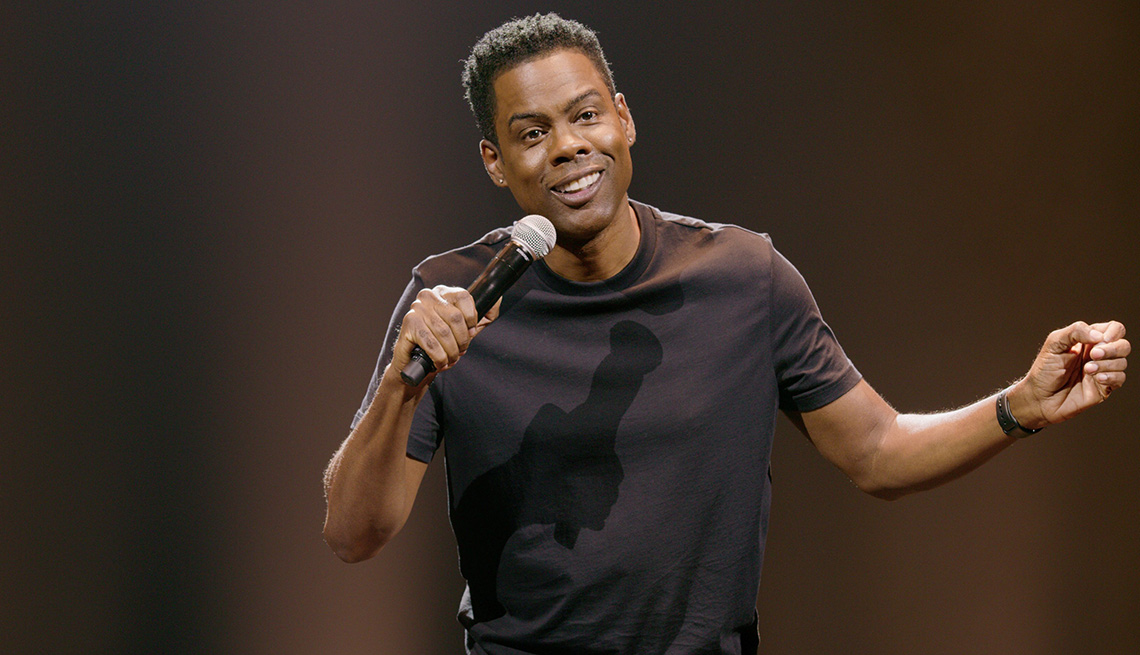 In his first new comedy special in 10 years, Rock touches on everything from relationships to racism.

The best gifts are the ones you don’t even see coming. Comedy lovers got a Valentine’s surprise when Netflix unleashed a new Chris Rock stand-up special — the 53-year-old’s first comedy special in a decade — as the clock struck midnight on Feb. 14.

The special, titled Tamborine, was shrouded in secrecy since the streaming service first announced a $40 million deal with Rock way back in the fall of 2016. The silence continued right up until the day of release: Netflix announced the special just a few hours before debuting it to subscribers in the wee hours of Valentine’s Day.

Rock shot to comedy stardom more than 20 years ago on the back of a string of groundbreaking HBO stand-up specials, beginning with 1994’s Big Ass Jokes and peaking with 1996’s Bring the Pain, which cemented his place among the leading comic voices of his generation. Tamborine marks his first non-HBO special, and his first TV special of any kind since Kill the Messenger aired on the pay cable network back in 2008. In the years since, he’s dabbled in the odd Adam Sandler movie, hosted a few awards shows (including the 2016 Oscars) and gone through a very public divorce.

That rocky breakup, from ex-wife Malaak Compton-Rock, is one of the subjects the comedian touches upon in the special, which was filmed last year before a crowd of just a few hundred at the Brooklyn Academy of Music. The smaller setting befits the more personal subject matter. Rock has never shied away from talking about his personal life in his act, but the added years and life experiences have brought increased introspection as well. He struts onto the stage and dives right into the jokes, easily re-engaging the audience in a conversation you’d never know has been stalled for more than a decade. Despite its Valentine’s release, this is hardly romantic subject matter, as Rock is harshly realistic about marriage and his inability to stay in his. But still: Fans should love having him back.