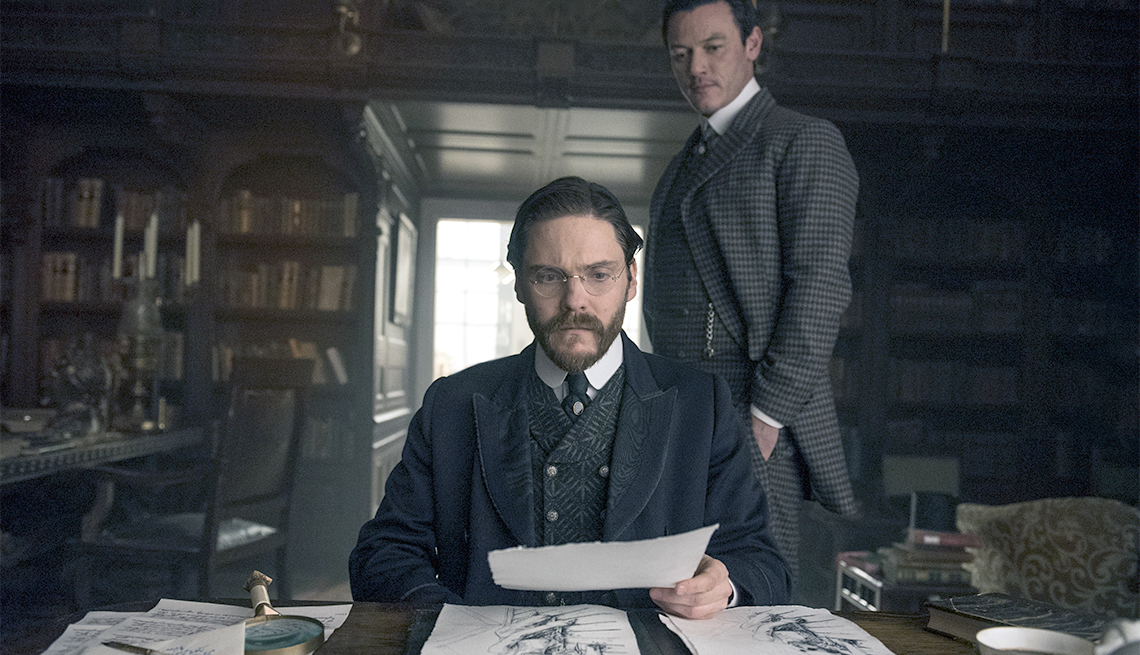 Daniel Brühl and Luke Evans in "The Alienist”

Where to Watch: TNT

History buffs have long revered The Alienist, Caleb Carr’s revered 1994 novel about a serial-killer-hunting psychologist (or “alienist,” as they were known, on the theory that insanity was an “alienation” from one’s true nature) from 1896. The book got snapped up by Hollywood even before it was published, selling millions of copies. But it never became a movie, because recreating Gilded Age New York was expensive, and its highly respected author, Carr, 62, hated all attempts to take its wealth of historical detail and brooding atmosphere and cram it into two hours of formulaic entertainment.

At last The Alienist is on-screen as a new 10-part miniseries, starting this week. It's a bold, reportedly $50 million epic like nothing you’ve ever seen on TNT, with lots of dramatic DNA from executive producer Cary Joji Fukunaga(who did the first, and only good, season of True Detective). It’s TNT's version of Game of Thrones or Boardwalk Empire, a bid for the big time, and it’s well worth watching. And its themes are amazingly more relevant to 2018 than they were to 1994.

The alienist hero, Dr. Laszlo Kreizler (Daniel Brühl of Inglourious Basterds) is a thorn in the side of the corrupt New York Police Department, always sneaking into investigations and spoiling the officers' fraudulent cases with newfangled techniques such as “fingerprints,” bone and soft tissue analysis, and deep speculative dives into the mind of the murderer. Nobody can worriedly furrow his eyebrows like Brühl and sell a line like, “Only if I become him, if I cut the child’s throat myself, if I run my knife through the helpless body and pluck the innocent eyes from a horrified face ... only then will I come to truly understand what I am.” Brühl, whose real-life wife is a psychologist, nails this role. 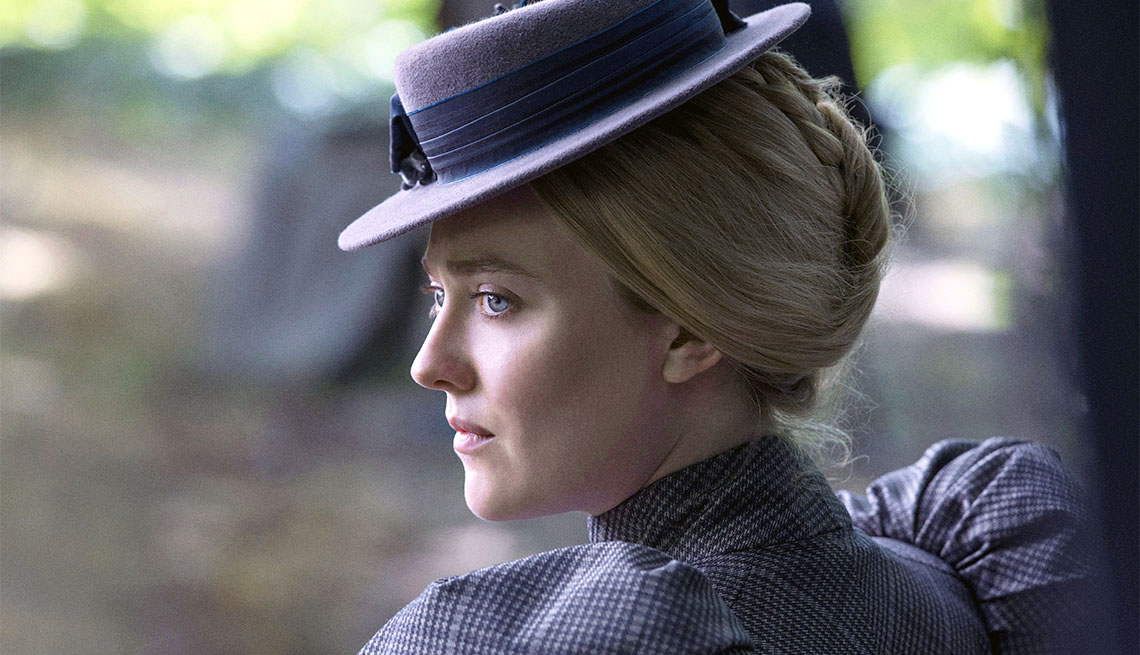 Dakota Fanning in "The Alienist"

Young boy prostitutes are turning up eyeless — and worse — all over town. Not that the cops care. The Alienist wonderfully conveys the cruel contrasts between high society — oysters at Delmonico’s — versus tubercular tenements, madhouses full of screams and nightmare brothels. It’s quite alien, and yet 1896 was the last time America’s economic inequality was as high as it is today.

Another timely aspect of the plot involves the blueblood police secretary Sara Howard (Dakota Fanning, who was born the year The Alienist was published). The first woman ever employed by the NYPD, Howard battles sexists in the office as much as the criminals she helps Kreizler track. Some things never change, and the current women's rights movement makes the show more vivid and topical. Luke Evans is appealing as Kreizler’s sidekick, John Moore, an illustrator whose skills render some of the victims' conditions in a way that is artful and period evoking. And the illustrations are easier on the eyes than when the camera gives us a look at the actual corpses, including a shot that lingers on an empty eye socket.

Adding a touch of light comedy are a pair of nerdy science-researching twins, Marcus and Lucius Isaacson (Douglas Smith of Big Love and Matthew Shear of The Meyerowitz Stories). Seeking to prove what kind of marks are left by a killer’s knife on an eye socket, they cleverly fetch a sheep from the market to demonstrate their theory of the crime.

The only iffy role is Brian Geraghty (Boardwalk Empire) as Teddy Roosevelt, who started out as a two-fisted police commissioner crusading to reform the department. He reluctantly goes along with the headstrong alienist's subversion of corrupt cop authority. Author Carr has called Geraghty "a very strange choice and wrong for the role in so many ways."

But TNT definitely got the casting of ex-police chief Thomas Byrnes right. He’s Ted Levine, 60, who’s no stranger to crime roles. He played mustachioed homicide cop Capt. Leland Stottlemeyer on Monk and Buffalo Bill in The Silence of the Lambs.

Critics only got the first two episodes for review, so all we know is that the 1896 crime wave will get gorier. (Cast members say the third episode is a cruel doozy.) The show lets the tension build as the viewer gets enveloped in the rich visual delights and nightmares of Manhattan. But even the biggest fan would have to admit that it takes its time to a fault.

If you miss the first episode, it might be wiser to wait and watch it on demand (for the many whose cable deal offers that option), just before next Monday's second episode, in which the plot finally revs up after the premiere episode sets the scene. However, even if you miss the first episode, you will have zero trouble understanding the second. And if you watch the second episode, you'll get hooked.