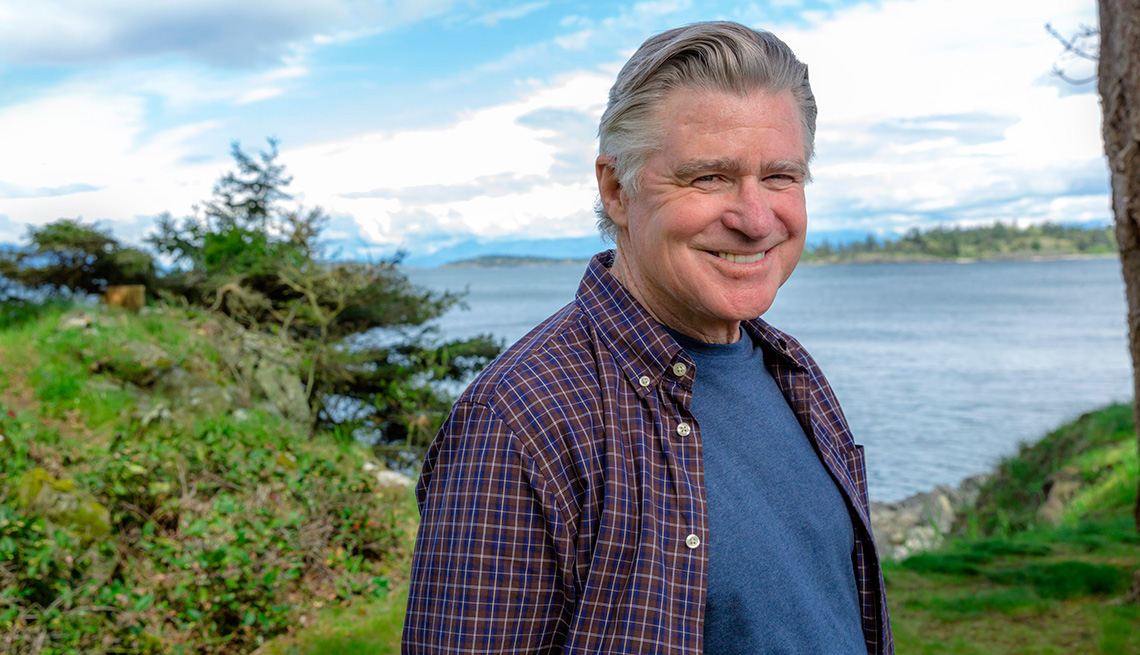 Eleven years after the tear-jerking, heartwarming finale of Everwood, Treat Williams, 65, is back on the small screen as a patriarch in Hallmark Channel’s Chesapeake Shores. On the show, which began its second season Aug. 6, Williams’ Mick O’Brien shepherds his children through the minefield of early adulthood.

While Williams was playing one of America’s iconic TV dads, his real children were becoming young adults — now 25 and 18 — and giving him a personal connection to his character and life experiences from which to draw.

“My children’s upbringing and the problems, the joys and the celebrations — all of those things are in my memory bank,” Williams says. “It’s with me every day.”

Mick O’Brien and his ex-wife, Megan (Barbara Niven), have five children: lawyer Abby (Meghan Ory), inn owner Jess (Laci J. Mailey), playwright Bree (Emilie Ullerup), Army medic Kevin (Brendan Penny) and law student Connor (Andrew Francis). They each have transitioned into a world where they make their own decisions. “That’s an interesting part of the journey with your children, learning how to step back and let them leave the nest and come back when they feel like it,” Williams says.

From helping Abby with her relationship with her ex-husband to cheering up Bree after her play is criticized to helping Kevin through the trauma of an IED attack, each of Williams’ scenes is coated in the distinctive Hallmark tenderness. The show is filled with the brand’s patented warmth.

"We’ve been working ... to get to that sweet spot of what [Hallmark] wants the show to be,” Williams says. “And I think we hit it this summer.” Viewers agree: Chesapeake Shores is the most-watched show in Hallmark’s history.

Williams is looking forward to going home to Vermont and flying his two planes — something he wasn’t able to do during shooting. And when he’s not streaking across the sky, he’ll be biking to work for the first time. He is starring in a production of his friend David Mamet’s American Buffalo at the Dorset Theatre Festival (Aug. 24-Sept. 2), playing a thief named Teach with a foul mouth. Dad would never approve.