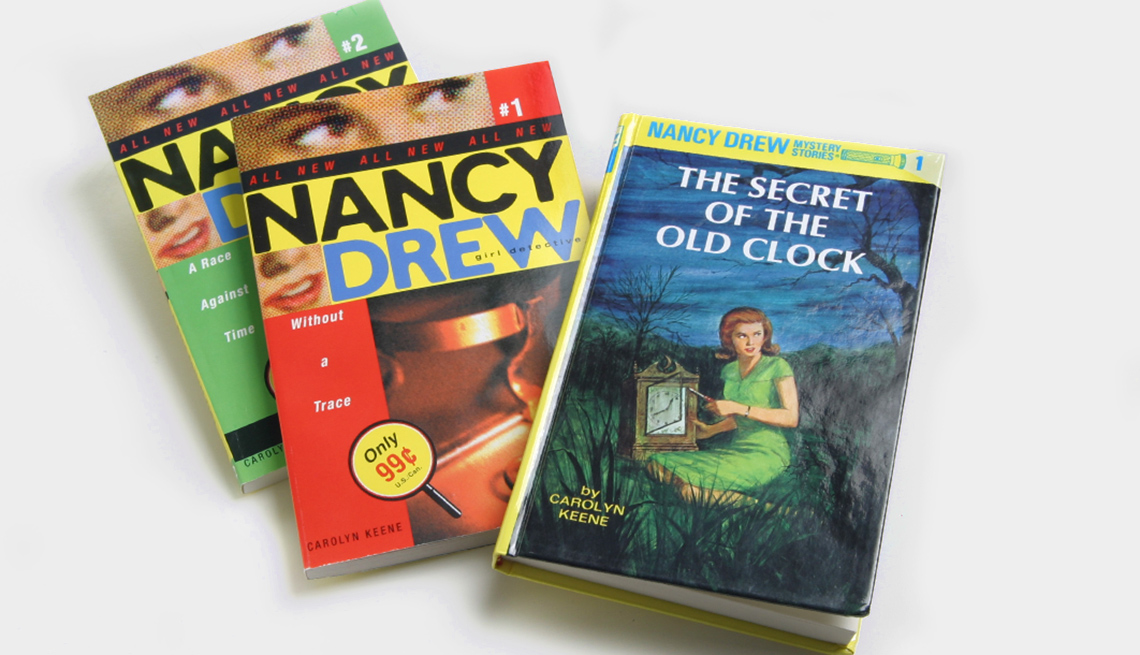 Nancy Drew is heading back to TV and this time the amateur sleuth is all grown up.

Hollywood's trade magazines are reporting that NBC is developing yet another new series inspired by the titian-haired teen detective — good news to those who grew up obsessed with the page-turning Nancy Drew mystery series which chronicled smart, independent and fearless Nancy Drew and her teen friends facing near-death scrapes and solving unsolvable mysteries, all with minimal adult supervision.

But before expectations get too high — will Nancy’s blue roadster morph into a snazzy convertible Mercedes? Will she and besties Bess Marvin and George Fayne do yoga in their downtime? — consider the twist: The new version reimagines the leading lady as the author of a famous female teen detective series. The actual author was a series of writers who used the pseudonym Carolyn Keene.

This Nancy Drew finds herself entangled in a real-life murder mystery and reaches out to those childhood buddies — now in their 40s and 50s — who are not too happy about the way their former friend portrayed them as sidekicks in her books. The series will revolve around the women, the renewal of friendships and the mysteries they solve together.

As cocreator Joan Rater told Deadline, "Their age is their superpower; no one notices them when they walk in. It’s a way for them to fly under the radar. They talk about how they feel unseen.”

Nancy Drew has already made several attempts at small-screen success. From 1977 to 1979 The Hardy Boys/Nancy Drew Mysteries was on ABC with Dynasty’s Pamela Sue Martin (later Janet Louise Johnson) in the lead role. In 2016, CBS made another stab at a reboot, this time a crime show based in New York called Drew, starring Sarah Shahi. The show made it as far as a pilot before it was dropped.

So if the new Drew is a world-class young adult writer and middle-age crime-fighter, what’s next? A show about former student nurse Cherry Ames as surgeon general? Why not?