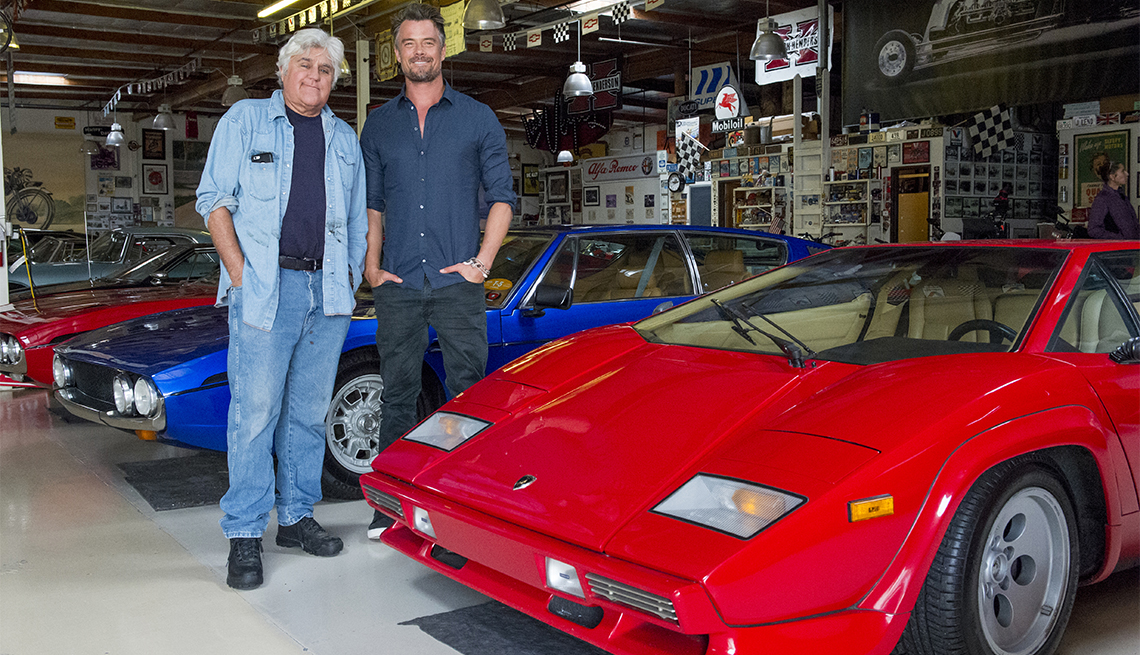 Before talking gears and gaskets with celebrities like George W. Bush and Josh Duhamel on the new season of Jay Leno’s Garage, the comedian filled us in on his own life — while driving home in a 2015 Shelby Mustang GT350R, one of 36 Ford built that year. “It’s a proper race car,” Leno says, noting the 526 horsepower.

Not that he’d use it. If his personal speed record clocks in at 278 mph (reached as a passenger in a jet car on the Utah Salt Flats), Leno’s as much a safety nut as a performance one. “I’m driving right now, and I look around, and most of the other cars are already driving themselves. The people are on their phones, doing their hair. I have more faith in the technology than the people driving.” 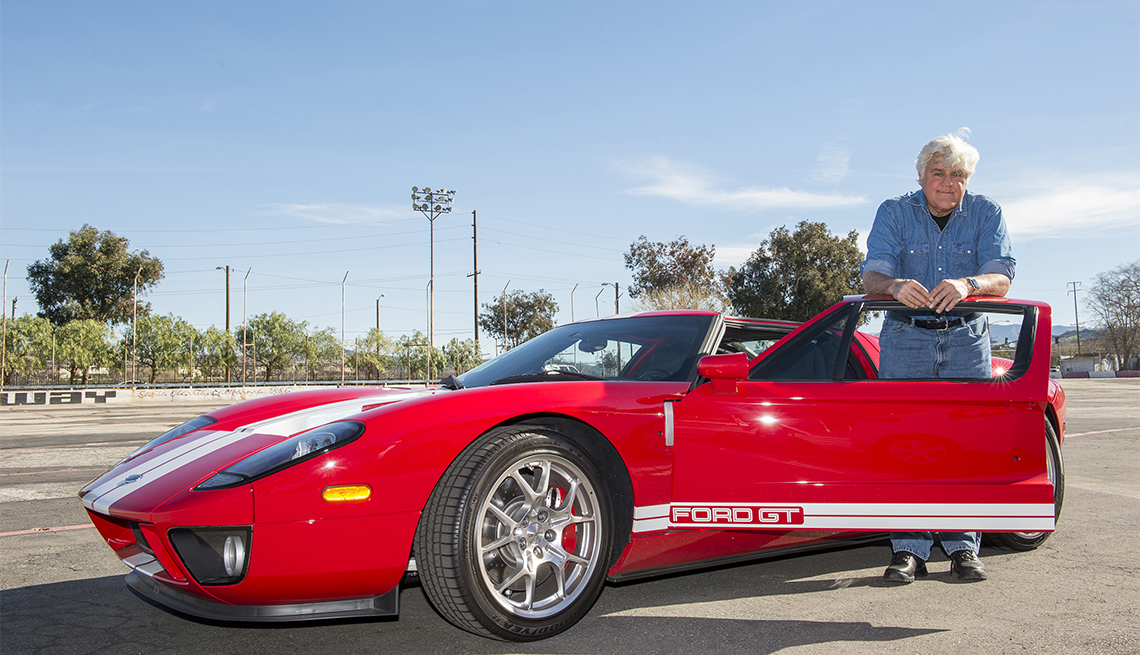 When he’s on a motorcycle, Leno continues, he finds today’s distracted drivers particularly scary. “Used to be you’d pull up to a stoplight and there’d be some acknowledgment — a nod, maybe — that you were there. Now, their face is in the phone.”

On his show, which is in its third season on CNBC and airs Wednesdays at 10 p.m. ET/PT, Leno can delve deep into the process of fabricating a new valve cover for a 1916 Owen Magnet or fixing a leaking intake manifold on a 63.5 Falcon.  “I enjoy the past,” he says. “But the future is where it is. There are no bad cars anymore. They have incredible safety. They don’t rust … I believe engineers will save the world.”

That same looking-forward mindset has Leno enjoying his nonretirement retirement today. He’s on the road constantly doing well-attended stand-up comedy, and in between those appearances pulls together Jay Leno’s Garage. And no, he says, he doesn’t miss his former late-night gig. These days, Leno says, lining up a celebrity for his show is easy — no negotiations with publicity agents, no pleas to avoid touchy topics. “I just want to talk cars. I don’t care about your cocaine habit. I don’t care about your marriage,” he jokes. 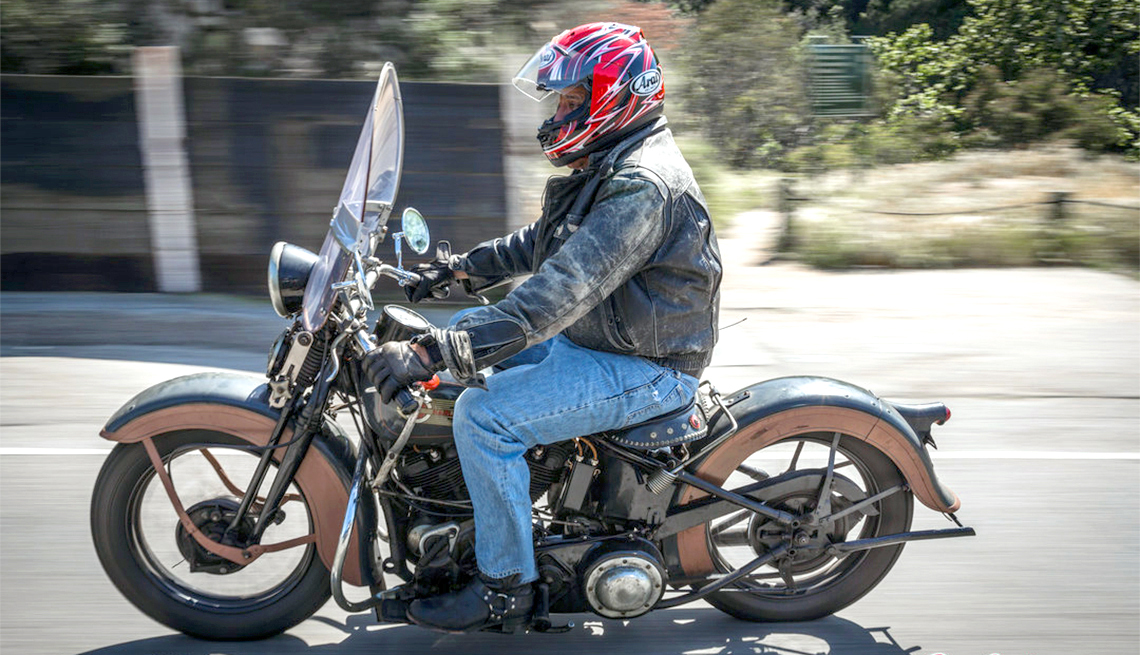 Jay Leno on a 1936 Harley-Davidson Knucklehead

And talk shop he does — about the 160 cars and 133 motorcycles housed in his Big Dog Garage, with the team of mechanics who get them up and running. And while his current show has evolved to be more celebrity-driven, it’s clear that the comedian is a hard-core automobile restorer in his own right and loves to shine a light on the skills of others.

The hands-on work, he says, provides a tangible result that he finds especially satisfying after a lifetime of chasing chuckles. “You tell a joke — some people like it, some don’t. When you have something that’s broken and you fix it, no one can argue that it’s not running.” Not that he can resist the punch line: “Doing things with your hands. It makes you appreciate how lucky you are to work talking.” 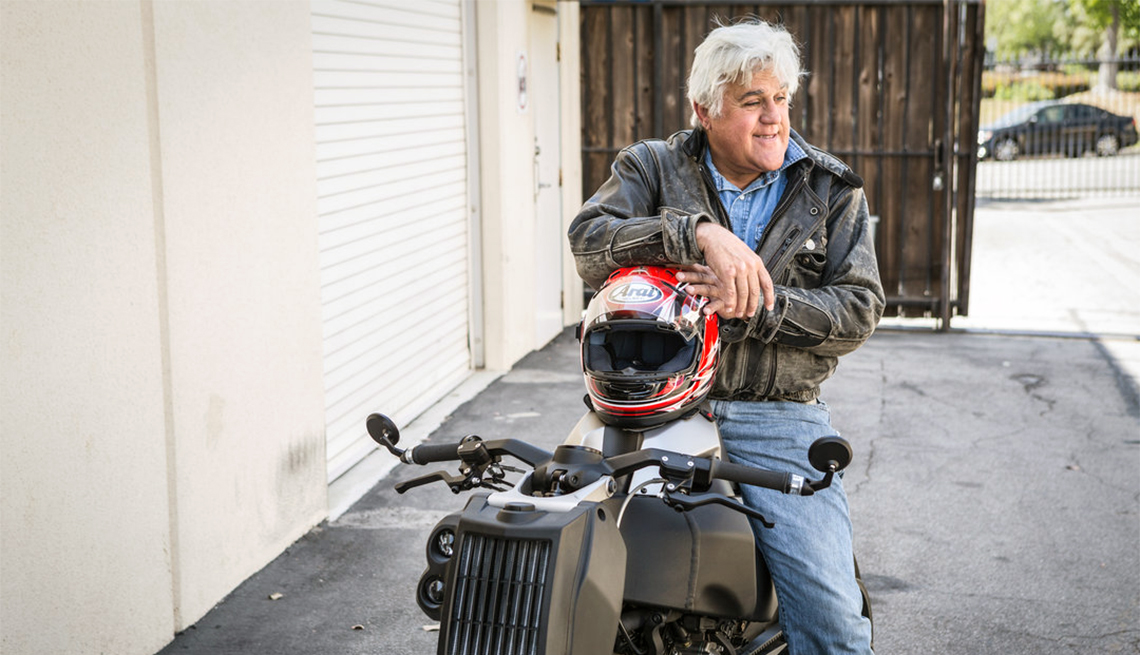 Jay Leno on the Ronin motorcycle

Given his encyclopedic knowledge of both celebrities and automobiles, we asked Leno to riff on which set of wheels he’d choose for each name we threw at him.

Miley Cyrus: “I’ve known her since she was, like, 9. A pretty practical girl with an environmental bent. A Prius.”

Helen Mirren: “She’s so classy. I’d put her in a Bentley.”

Donald Trump: “Something loud, garish, with the chrome redone in gold. Maybe one of those Excaliburs.”