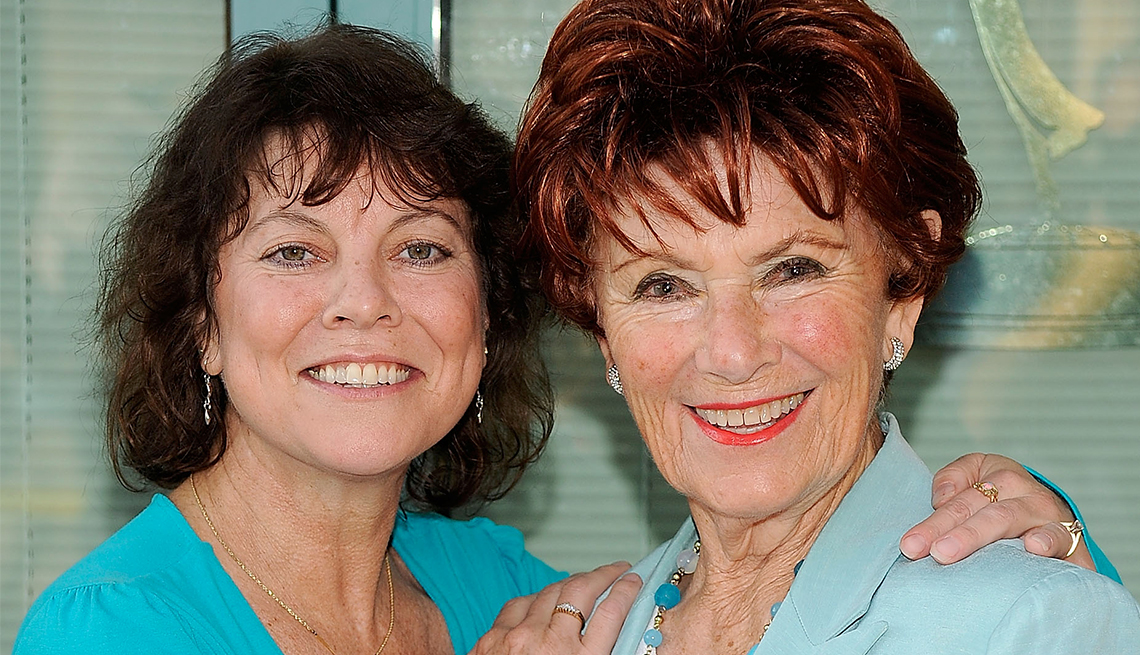 Erin Moran's husband, Steve Fleischmann, has opened up about the months leading up to the actress's death.

In a letter posted on Scott Baio’s Facebook page, he confirmed that she had died of cancer.

He recalled that Erin "woke up and had about a dime size blood stain on her pillowcase" right after they returned from a trip to celebrate their wedding anniversary in November 2016. As the days went on, they found more blood.

"I get a flashlight and say let me look. It was not her tongue it was her tonsil on the left side. I thought it was tonsillitis,” Fleischmann wrote. But a biopsy confirmed she had squamous cell carcinoma. She immediately started radiation and chemotherapy treatment.

But her condition grew worse. “It got so bad so fast. By the middle of February, Erin could no longer speak or eat or drink.”

You can read the full statement here.

Once known as America’s sweetheart, Erin Moran grew up in front of America, playing the feisty kid sister Joanie Cunningham on the megahit TV show “Happy Days” from 1974 to 1984. But offscreen the actress’ life wasn’t so happy, and she was found dead Saturday afternoon at the age of 56.

On Sunday, tributes poured in for Moran, who starred in her own “Happy Days” spinoff, “Joanie Loves Chachi,” alongside her fellow “Happy Days” costar Scott Baio in 1982 and 1983.

Henry Winkler, who starred as Arthur “Fonzie” Fonzarelli, tweeted: “OH Erin… now you will finally have the peace you wanted so badly here on earth …Rest In It serenely now.. too soon.”

And Don Most, who played the girl-chasing Ralph Malph, tweeted: “So incredibly sad to hear about Erin. A wonderful, sweet, caring, talented woman. I can’t really comprehend this right now. Very painful loss.”

Authorities in Indiana found Moran’s body after responding to a 911 call at 4:07 p.m. for “an unresponsive female,” according to CNN. According to a statement released by the Harrison County Coroner’s office on Monday obtained by WDRB News, an autopsy revealed that Moran “likely succumbed to complications of stage 4 cancer.” The statement added that “Standard toxicology tests were performed and the results are pending however no illegal narcotics were found at the residence."

Moran, a native of Burbank, Calif., leaves behind her husband of more than 20 years, Steven Fleischmann, but no children.

Moran was never able to recreate her success on “Happy Days,” although she scored bit parts on other series including “The Love Boat,” “Diagnosis Murder” and “Murder, She Wrote.”

Her most recent appearances were on VH1’s reality show “Celebrity Fit Club” in 2008 and in the low-budget film “Not Another B Movie” in 2010.

ABC News reported that Moran and Fleischmann lost their California home to foreclosure in 2010. Afterward, they moved into a trailer park to care for Fleischmann’s ailing mother. But then the two were kicked out of the trailer in September 2012 because of their wild partying, the Huffington Post wrote.