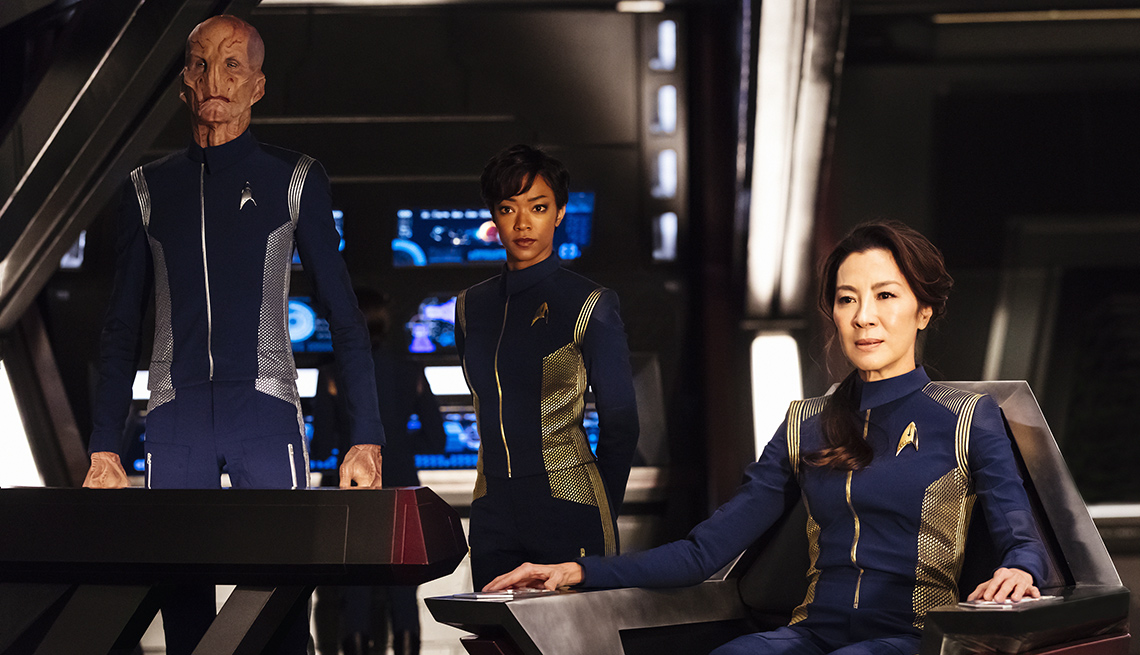 A little more than a half-century after the original “Star Trek” TV series promised “to boldly go where no man has gone before,” CBS is reviving the venerable science-fiction franchise with "Star Trek: Discovery," which premieres on Sept. 24 on streaming service CBS All Access.

The newest “Star Trek” — the first on the small screen since “Star Trek: Enterprise” was cancelled in 2005 — promises to be a striking departure from previous TV and movie incarnations of the show. CNET, a media news website, reports that it’s a prequel to the original series, taking place about 10 years before Captain Kirk, Mr. Spock and the rest of the Enterprise crew embarked on their mission.

The new series will star Sonequa Martin-Green of “The Walking Dead” fame as First Officer Michael Burnham, and Jason Isaacs (who appeared in the “Harry Potter” movie series) as Capt. Gabriel Lorca, commander of the Federation starship Discovery.  Other cast members include Michelle Yeoh (“Crouching Tiger, Hidden Dragon”) as captain of another starship, the Shenzhou. James Frain (“Orphan Black”) will portray a young version of Spock, and Rainn Wilson of “The Office” will portray villain Harry Mudd, a character who appeared in the original series.

Variety reports that the storyline will have the human characters coming into conflict with one another, and not just with aliens. In addition to the familiar Klingons and Vulcans, the series will feature a third alien species, the Kelpiens, who have hooves for feet and walk like gazelles.