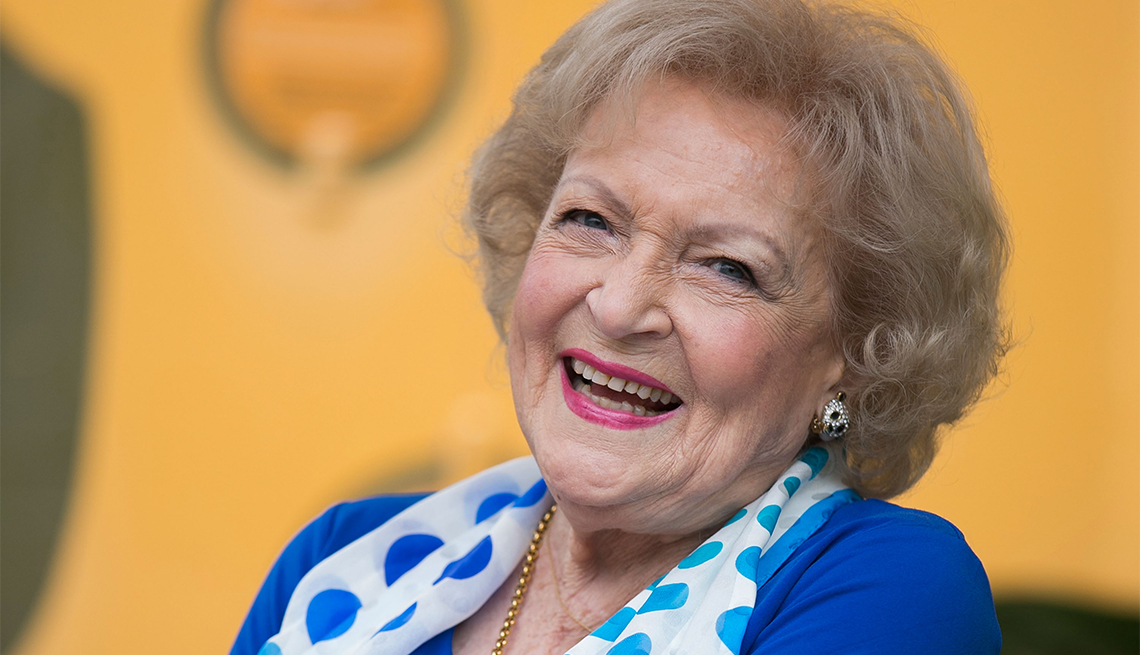 Betty White may turn 95 on Jan. 17, but by all accounts, her sense of fun hasn’t aged one bit. To celebrate, the legendary comedian and animal rights activist apparently plans to enjoy a vodka tonic while playing poker with girlfriends.

Only a few years back, America’s favorite Golden Girl participated in an AARP campaign that encouraged others to embrace their age, laugh lines and all. White said her mother never lied about her age and so neither does she.

The campaign, which told seniors to “get over” growing older, included a series of hysterical ads that had White ogling hunky young men and making prank phone calls like a teenager. “Being an AARP member doesn’t make you old,” she said.

White has defied old-age stereotypes for decades. She began her career in the 1940s on radio, but her most iconic star turns didn’t happen until after she turned 50, when she took on the roles of sex-crazed Sue Ann Nivens on The Mary Tyler Moore Show and the syrupy-sweet Rose Nylund on The Golden Girls.

More recently, this marvel of unwavering energy starred in Hot in Cleveland, a surprise hit on TV Land, as well as on a Candid Camera-style show on NBC called Off Their Rockers, in which older people played pranks on younger ones.

Her lengthy résumé has earned her recognition from Guinness World Records for having the longest-running TV career of any woman in history. And from her work with animals to her never-ending sense of whimsy, what’s not to love?

Happy birthday, Betty White! May you live to be 120.