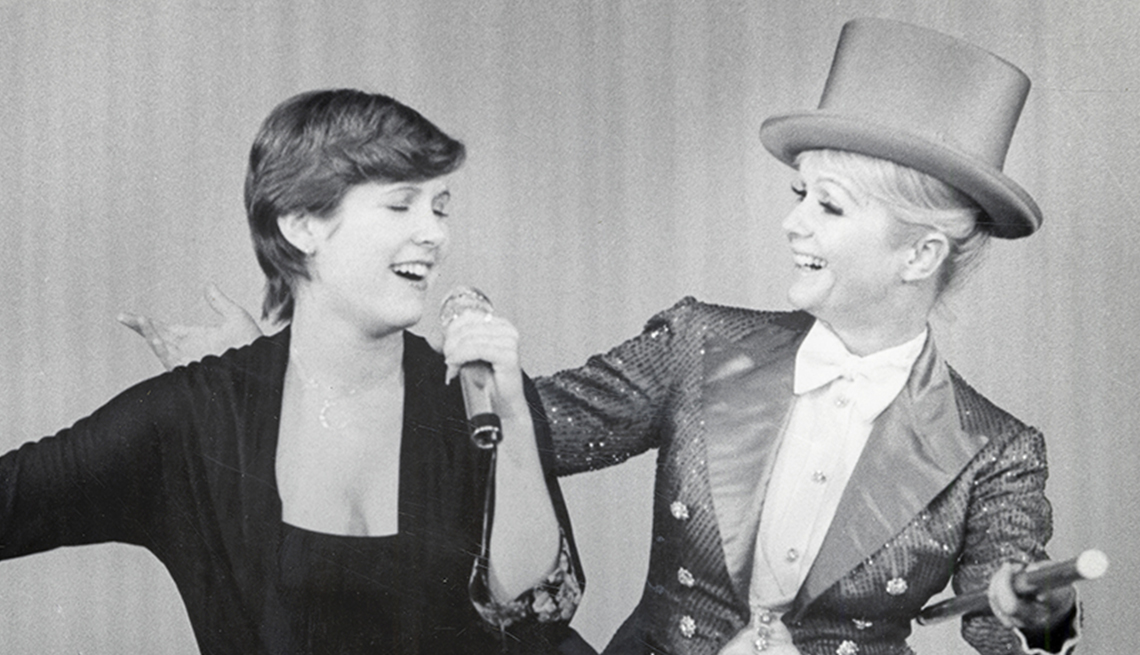 Carrie Fisher and Debbie Reynolds share how their individual trials and triumphs profoundly affected the other.

Following the sudden deaths of Carrie Fisher and her mother, Debbie Reynolds, on back-to-back days in late December, HBO will air a documentary about the pair’s sometimes turbulent, ultimately harmonious relationship on Saturday, Jan. 7.

The film was originally scheduled to air in March.

Bright Lights: Starring Carrie Fisher and Debbie Reynolds takes a free-form approach to its subjects, mostly asking them simply to talk about their storied lives. Reynolds recalls her days as a 1950s Hollywood starlet whose every move became tabloid fodder; Fisher revisits her very public childhood, her days as a 1970s Star Wars superstar, and her struggles with bipolar disorder and addiction.

Together, under the off-camera guidance of codirectors Alexis Bloom (PBS’s Frontline) and Fisher Stevens (The Cove), they explore how each woman’s individual trials and triumphs profoundly affected the other.

Fisher died of a massive heart attack at age 60 on Dec. 27. The next day, while planning her daughter’s funeral, Reynolds died of a stroke at age 84. The latter-day closeness of the two is heartbreakingly evident in the film as the two putter around in their two houses — situated on the same Beverly Hills estate, linked by a winding brick sidewalk.

Fretting about her mother’s fragile health, Fisher in one scene confides that she tried to talk Reynolds out of traveling to Connecticut to do a show: “But that is like throwing yourself in front of a tsunami. She’s tsu-Mommy.”

HBO’s Sheila Nevins, president for documentary and family programming, told The Hollywood Reporter she sees the film as “a testament of love.”

“The love of a mother for a child, especially an aging mother and a wounded child, is incredibly touching,” Nevins said.