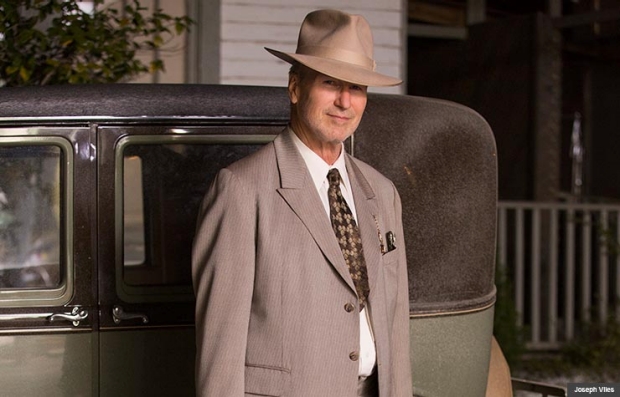 William Hurt is back in school. Having spent last spring in Louisiana filming Bonnie and Clyde, the new television miniseries that appears on three cable networks (A&E, Lifetime and History) simultaneously on Dec. 8 and 9, Hurt devoted this fall to classes in computer science and Buddhism at Columbia University's School of Continuing Education. 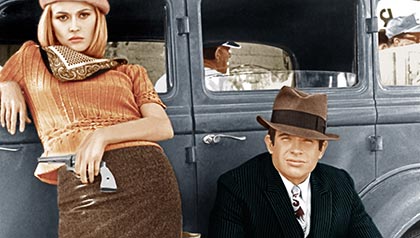 The sight of the bespectacled 63-year-old, a theology major at Tufts back in the day, sitting in a college classroom isn't quite as incongruous as it might be for other famous actors. Hurt, who won an Oscar as Best Actor in 1985 for Kiss of the Spider Woman and who has three other Academy Award nominations on his résumé, has always seemed the bookish sort.

In the miniseries, however, he plays a decidedly nonstudious type: real-life Texas Ranger Frank Hamer, who led the chase for the notorious outlaw couple and eventually tracked them to their bloody end. The role is expanded from the landmark 1967 Warren Beatty/Faye Dunaway film version of the criminals' story. In that movie, Hamer — played by Denver Pyle — was lampooned as a clueless lawman, prompting a defamation of character lawsuit and an out-of-court settlement with his family. 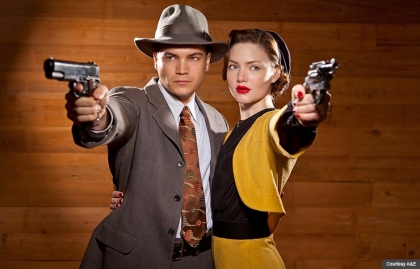 The new Bonnie and Clyde stars Holliday Grainger and Emile Hirsch in the roles of Bonnie Parker and Clyde Barrow. The stoic Hurt lends Hamer appropriate heft — the man exchanged gunfire in 100 shootouts and is in the Texas Ranger Hall of Fame, after all — depicting him as a worthy adversary for the gun-crazy Barrow gang.

The series also reunites Hurt with Holly Hunter for the first time since the two costarred in Broadcast News in 1987. Hunter, 55, plays Emma Parker, Bonnie's mother. Hurt plays down their reunion; the two don't share any screen time and they hardly crossed paths during filming, sharing just a few script read-throughs. Still, he allows that it was nice to have another seasoned vet among the fresh-faced cast.

"Holly and I are well-trained actors, so we had common ground," he says. "We could talk to each other about scenes. It's like docking a destroyer. You have to know what you're doing."

Last month, Hurt tackled another juicy small-screen role, playing physicist Richard Feynman in Science Channel's well-received The Challenger Disaster. He's also to appear soon in a pair of feature films: The Disappearance of Eleanor Rigby: Him and Her, a romance that drew big buzz at the Toronto Film Festival, and Winter's Tale, a romantic comedy opening in theaters on Valentine's Day. Clearly this is a man who means to continue working for some time to come.

He says he's after challenging roles. "I'm still doing new work," he stresses. "Otherwise it's just cashing in on things you did before. That's not me, and that's not what I'm doing right now. I'm still a living artist."