For grownup viewers, there's a lot to love on television this fall.

There are plenty of mature faces returning in favorite shows: Mark Harmon in NCIS, Julianna Margulies in The Good Wife, Ed O'Neill in Modern Family, Craig T. Nelson and Bonnie Bedelia in Parenthood, Dana Delany in Body of Proof, just to name a few.

You'll see some stellar guest casting, too. Tony Bennett will help launch the new season of Tom Selleck's Blue Bloods Sept. 23 and Peter Fonda will show up as a bad guy on Hawaii Five-0.

But some very familiar 50ish faces that you haven't seen on TV for a while will also be returning to weekly shows, most of them new. Take a look at who's back. 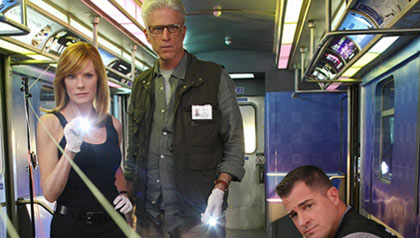 TED DANSON, 63: Cleverly cast as new supervisor D.B. Russell, Danson may be just the magic CSI needs to lighten and freshen the show in Season 12. He is charming as Russell, a happily married family man, on the CBS crime show. The Cheers TV comedy icon, who in Damages proved he's a dramatic actor too, doesn't need to take on another series, but he says he finds it a joy to go to work. 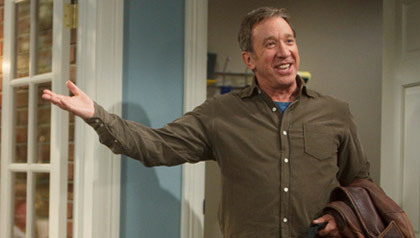 TIM ALLEN, 58: Allen's Last Man Standing on ABC has him as a guy's guy surrounded by females — his wife (Nancy Travis) and their three daughters. After some retooling, the show looks like a second generation of his popular 1990s comedy Home Improvement. Whether Last Man stoops to buffoonery (judging from the pilot, it could go either way) will depend on how sharply it is written. One good omen: The boss is Jack Burditt of 30 Rock.

Next: Kelsey Grammer and Dylan McDermott. >> 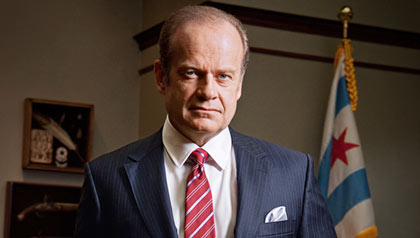 KELSEY GRAMMER, 56: Another alum of Cheers (and Frasier), Grammer is going the dark dramatic route this fall with Boss on the cable channel Starz. He plays a ruthless, manipulative Chicago mayor with a secret: only he and his doctor know that he has a degenerative brain disease. Grammer says working on the show is "the greatest time of my life creatively." 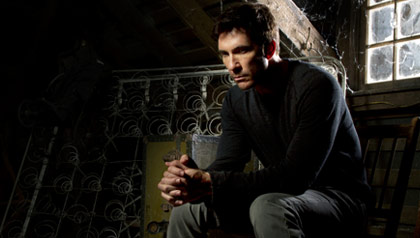 DYLAN MCDERMOTT, 49: McDermott shows us just how sexy a man of 50 can be (he turns the big 5-0 on Oct. 26) in FX's risky American Horror Story. It's a drama in which he and Connie Britton (Friday Night Lights) play a troubled couple who move with their family into a highly haunted house in L.A. Creators Ryan Murphy and Brad Falchuk (Glee, Nip/Tuck) call their breathtakingly paced show a psycho-sexual drama about marriage and infidelity.

Next: Jessica Lange and Madeleine Stowe. >> 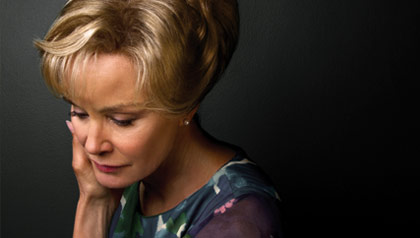 JESSICA LANGE, 62: The two-time Academy Award-winning actress steps into her first regular series role, so Lange's casting as Constance, the nosy neighbor in American Horror Story, has drawn even more attention to the gothic ghost story. Lange has already done great work on TV, of course, winning an Emmy for Grey Gardens. Expect executive producer Ryan Murphy to showcase her talents as well as those of the marvelous Frances Conroy, who has a supporting role. 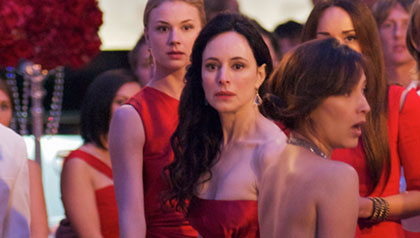 MADELEINE STOWE, 53: Stowe looks wickedly beautiful as the primary villainess in ABC's Revenge, a modern-day, gender reversing Count of Monte Cristo sort of stylish prime time soap set in the Hamptons among the wealthiest of the wealthy. Now living in L.A. after years on the Texas cattle ranch she and husband Brian Benben used to own, Stowe has revved up her Hollywood career. She's also written a big Western, Unbound Captives, that she expects to direct next year starring Hugh Jackman, Rachel Weisz and Robert Pattinson.

Next: Michael Emerson and Stephen Lang. >> 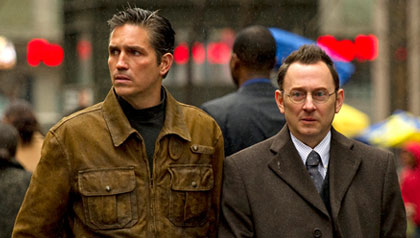 Michael Emerson, right, stars as Finch in Person of Interest.

MICHAEL EMERSON, 57: Lost's Emmy-winning Emerson plays a man of mystery in CBS' new Person of Interest, teaming up with a former special forces guy (Jim Caviezel) to stop crimes before they happen. In the J.J. Abrams-produced series, Emerson's computer genius billionaire character has figured out how to tell when people are planning very bad things. Thanks to omnipresent traffic cameras, cellphones and myriad other monitoring devices of today, he and his partner can also tell where people are at a given time. It's Big Brother stuff, for real. 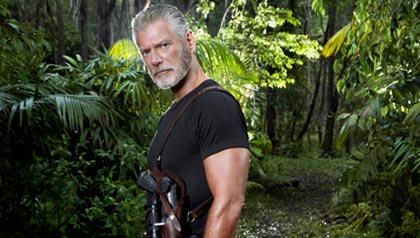 STEPHEN LANG, 59: The actor-playwright, who counts Stonewall Jackson in Gods and Generals, George Pickett in Gettysburg and Col. Quartich in Avatar among his many roles, now tries out his leadership abilities as head of the time traveler colony on Steven Spielberg's dinosaur show Terra Nova, a big Fox gamble. He calls his new character, Commander Nathaniel Taylor, an idealist with a heroic quality. Looks like he'll need it. 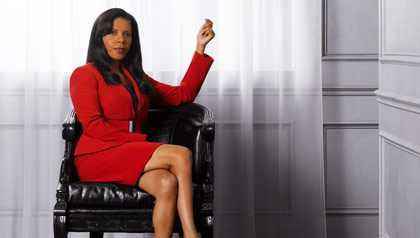 PENNY JOHNSON JERALD, 50: The Juilliard alumna who's done fine work in everything from The Larry Sanders Show to DC 9/11: Time of Crisis (as Condoleezza Rice) — and is etched into the memories of 24 viewers as ruthless Penny Palmer — becomes the new top cop on ABC's Castle. Captain Victoria "Iron" Gates is reportedly going to be more interested in her own career advancement than in doing any real police work, and she'll be tougher on Castle and Beckett (Nathan Fillion and Stana Katic) than her predecessor. 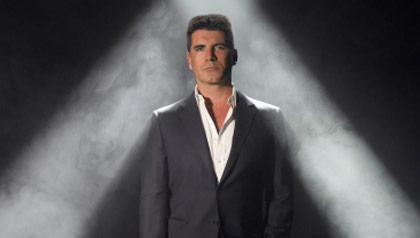 SIMON COWELL, 51: He's back! Fox forces can talk all they want to about the many and varied aspects of Simon Cowell's forthcoming American version of his British talent competition show X Factor. They can try to convince us it is different from all the other talent competitions populating the tube but it doesn't matter. What matters is that Cowell, with all of his "dark charm," as network president Kevin Reilly calls it, is back in the judges seat, complete with daffy sidekick Paula Abdul, and Fox has shaped its entire primetime lineup around the show.

Next: Hector Elizondo and James Spader. >> 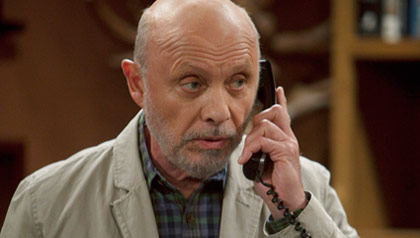 HECTOR ELIZONDO, 74: Elizondo plays Ed, owner of Outdoor Man sporting goods, for which Tim Allen serves as marketing director, on ABC's Last Man Standing. He tells us Ed is "a delight. It's a great opportunity to explore a character this eccentric. He's going through his past-mid-life crisis into another crisis." His character and Allen's are long-time friends, but in real life, Elizondo barely met Allen before beginning the show. "It took us about 30 seconds to get accustomed to each other," he says. 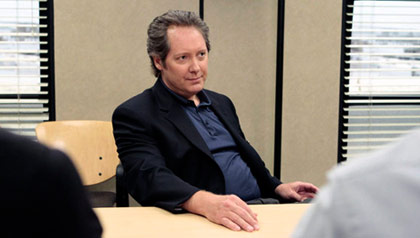 James Spader stars as Robert California in The Office.

JAMES SPADER, 51: Fans of The Office who feared the show might not survive the departure of Steve Carell were heartened to learn that James Spader's cocksure character, Robert California, Dunder-Mifflin-Sabre CEO, would be returning to the show as its new star. The three-time Emmy winner has said the evolution of his role into a full-time job came as a surprise to him, and he's looking forward to more surprises. His hair-raising creepy stare is featured in Season 8 promos and makes you want to see more.

Next: Robert Carlyle and Diane Ladd. >> 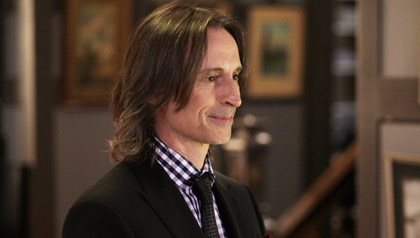 Robert Carlyle stars as Rumplestiltskin/Mr. Gold in Once Upon a Time.

ROBERT CARLYLE, 50: The Scottish actor, perhaps best known for his role in the movie The Full Monty, has vast range. In ABC's new Once Upon a Time he plays two roles: the fairly normal-looking Mr. Gold of our world and the snarling. scary, soothsaying Rumplestiltskin in Storybrooke, where all those fairy tales, it turns out, were true. Clearly, Carlyle is having a good time. With the creators of Lost behind it, the series is packed with mythology they're hoping will prove addictive. 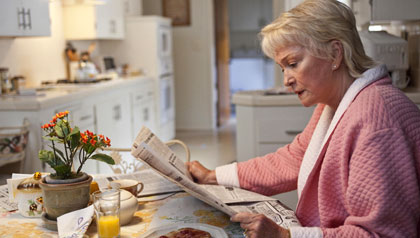 DIANE LADD, 78: The three-time Oscar nominee plays mother to her real-life daughter, Laura Dern, 44, in Laura's quirky HBO comedy, Enlightened. It has Laura as a corporate executive who has a breakdown, goes on a retreat and returns "healed" with a new ambition: to live an enlightened life and serve as an "agent of change" for the people around her, like it or not. Diane takes Laura in as a house guest after her crisis. Enlightened also features Luke Wilson in his first regular TV role, as Laura's husband.