The holiday season is over, but some nifty gifts are still ahead to perk up winter nights on our television screens. Unlike past years, when it seemed that midseason shows were hustled into place to fill gaps left by fall failures, this year the networks saved some of their best offerings for now. Here are a few we think worthy of your attention. 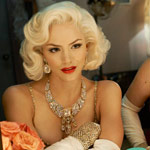 Smash — NBC, Monday. Called by TV insiders Glee for Grownups, it's the behind-the-scenes saga of the making of a Broadway musical about Marilyn Monroe. And plans call for the show-within-a-show actually to be mounted on Broadway if it succeeds. Debra Messing is a lyricist; Anjelica Huston plays a producer. Former American Idol contestant Katharine McPhee and Megan Hilty (Wicked) are the two young talents who desperately want to play Monroe. Premieres Feb. 6 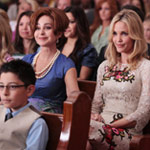 G.C.B. — ABC, Sunday. This Texas-sized comedic soap is just a hoot. Former mean girl Leslie Bibb returns home to her large-living mama (Annie Potts) after the scandalous end of her marriage. Now she has to face all those frenemies she treated badly in high school. Kristin Chenoweth is their rhinestone-spangled leader, who at one point declares, "Cleavage makes your cross hang straight." Heavens! Based on Kim Gatlin's roman a clef Good Christian Bitches, which the wealthy Dallas divorcee wrote to poke fun at the backbiting women in her world. Premieres March 4 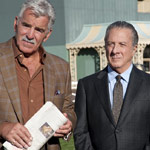 Luck — HBO, Sunday. The beauty and brutality of the thoroughbred horse racing world comes to color-drenched life in this drama from writer-producer David Milch (Deadwood, NYPD Blue) and director Michael Mann. Dustin Hoffman, in his first series role, is a wheeler-dealer fresh out of prison. Nick Nolte is a craggy owner with horse whisperer proclivities. Colorful characters abound. With a pace that sometimes meanders and a cryptic storytelling style, "Luck" contains some very tough stuff, as viewers who caught the December sneak peak are aware, but this inside track view promises to be worth the ride. Begins run Jan. 29 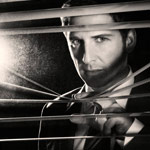 The Firm — NBC, Thursday. A series sequel to the book and movie that made John Grisham a literary star? Yes. This fast-paced thriller has definite grownup appeal, with compelling legal issues amid the action and suspense. Grisham himself is its hands-on executive producer. Smoldering "Sweet Home Alabama" star Josh Lucas handles the role of lawyer Mitch McDeere, who has been in the witness protection program with his family for the past decade, since helping the Feds nail a mafioso, and now thinks he is safe to come out. Jump in now; started Jan. 12 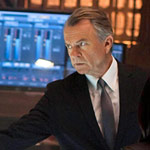 Alcatraz — Fox, Monday. The premise: 302 inmates simply vanished from San Francisco's notorious Alcatraz island prison in 1963 — and now they're starting to show up again, out on city streets, un-aged and dangerous. Sam Neill, 64, seems to be having a great time nibbling the scenery as a secretive government agent at the heart of things. We enjoy 70-year-old Robert Forster's portrayal of a former Alcatraz guard, assisting his police detective niece (Sarah Jones). Flashbacks to '63 are handled with care. On air now; started Jan. 16.

Next: Keifer Sutherland returns to TV in a new Fox series. >> 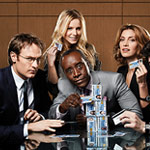 House of Lies — Showtime, Sunday. Don Cheadle as the debauched slick genius management consultant who is a miracle worker for greedy, soulless Wall Street giants. Kristen Bell as the colleague who rightly identifies his barely concealed constant fear. This dark comedy is timely, and it's filled with moments that are cringe-worthy for their ring of truth. Meaningless jargon at a corporate meeting, anyone? Filled with sex and profanity, Showtime style, this one is not for kids or those with gentle sensibilities. Ongoing; premiered Jan. 8. 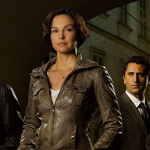 Missing — ABC, Thursday. Smart cookie Ashley Judd brings the big screen-style action and locales in her first series, starring as a widowed mother who takes off on a cross-continental search for her college student son after he goes missing in Europe. Of course, once you get a load of her snuffing out an attacker with a shard of glass and an improvised garrote, you realize she's no ordinary mom. She used to be a deadly CIA agent, and she still has the skills and the contacts. Premieres March 15. 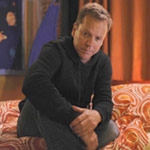 Touch — Fox, Monday. Keifer Sutherland is back to series TV with this creation about a widower who discovers that his mute, severely autistic son (David Mazouz) has the ability to "see" the interconnections of the universe and thereby predict the future. Touted as "a preternatural drama in which science and spirituality intersect," the series features Danny Glover as a professor who gets what's going on with the boy and his obsession with numbers. This show is getting a lot of press and premiered end of January but doesn't begin its run until March 19. 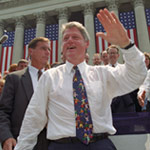 Clinton — PBS, Feb. 20-21. Our 42nd president gets the American Experience treatment over two nights next month and it's a stirring and heartrending trip back 20 years. Seeing Bill Clinton's story play out again through the lens of time, particularly in this election year, one is reminded anew of his supreme gifts as a politician, as a leader — and the infuriating needlessness of his fall when, as he put it, "I gave in to my shame." 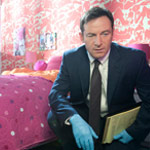 Awake — NBC. Jason Isaacs has turned in such memorable performances — as Irish mobster Michael Caffee on Showtime's "Brotherhood," for instance, and as evil Lucius Malfoy in the "Harry Potter" movies — we'd give his new series a try regardless of subject matter. But what subject matter! "Awake" has him as a police detective living in dual realities. In one, his wife survived a car crash but their son did not, in the other, his son survived, but his wife died. It's not "Inception," but like that film has a mind-bending, is-this-real aspect that will get you guessing. Premieres in March.