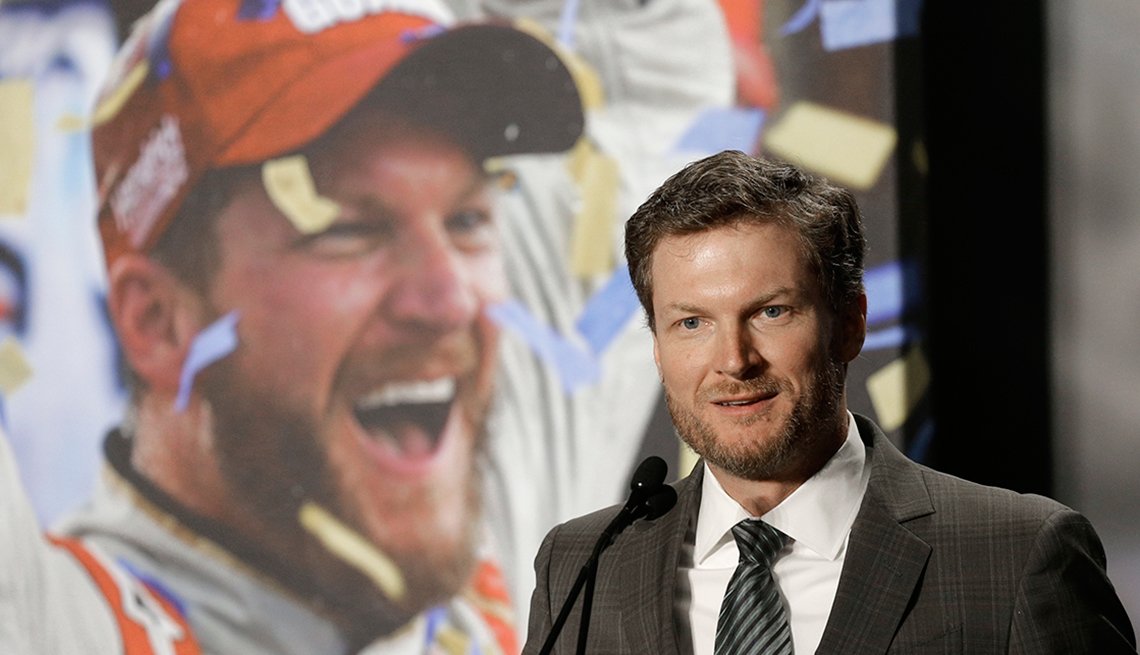 Dale Earnhardt Jr., one of the most popular drivers in NASCAR history, announced yesterday that he will take the final lap of his career at the end of the current season.

The news of Earnhardt Jr.’s retirement, at age 42, sent tremors across the sporting world and among NASCAR fans and brought waves of Twitter tributes from his fellow competitors.

“Proud of all @DaleJr has accomplished & what he's meant to @NASCAR. But more proud of who he is as a person,” tweeted longtime rival Jeff Gordon, who stepped away from the sport for good in 2015.

Tony Stewart, another rival and known for his fiery, competitive streak, echoed the warm sentiment on Twitter: “I'm proud of my great friend @DaleJr for everything he's done for this sport. I'm even more proud of who he is as a man. Love you friend.”

The well-wishes and congratulations for Earnhardt Jr. that poured in this week — even from fierce rivals like Gordon and Stewart — were a testament to his immense popularity, which helped drive NASCAR to unprecedented success during his career.

Many drivers might have struggled to live up to the legacy of following a world-famous father in the same sport  — Dale Earnhardt Sr. was one of the greatest drivers of all time, winning a record seven Winston Cups and 76 races over a storied career — but the younger Earnhardt embraced the spotlight that came with being a legend’s son.

He made his NASCAR debut in 2000, and if he never managed to equal his father’s success on the racetrack (though he did manage to outdo him at the Daytona 500, winning twice to his father’s lone victory), he may have actually surpassed his old man in fan sentiment. For 14 years running, Earnhardt Jr. has won the NASCAR Most Popular Driver trophy. Don’t expect him to relinquish the title in his final season.

Reportedly, the concussion that sidelined him for the final 18 races of the 2016 season was a large contributing factor in his decision to get out of the game for good. It was the second time he’d suffered a concussion in the past four seasons. No doubt his father’s untimely passing in 2001 at just 49, after a heinous crash in the final lap of the 2001 Daytona 500, factored into his thinking, as well.

NASCAR insiders expect Earnhardt to remain involved in the sport. During his injury-caused hiatus last season, he dabbled in TV work, and broadcast gigs as a race analyst are guaranteed should he wish to pursue them. He’s also a Twitter superstar, having amassed more than 2 million followers. And he’s announced that he still plans to rev it up in two races next year in the Xfinity Series, a lower-level NASCAR circuit in which he owns a team.

Earnhardt Jr.’s retirement likely won’t help the fortunes of NASCAR, which has seen its TV ratings and attendance dip in recent years. But with age and injuries mounting and his popularity still as strong as ever, he decided it was time to leave the steering to someone else.

“I just wanted the opportunity to go out on my own terms,” he told the New York Times.