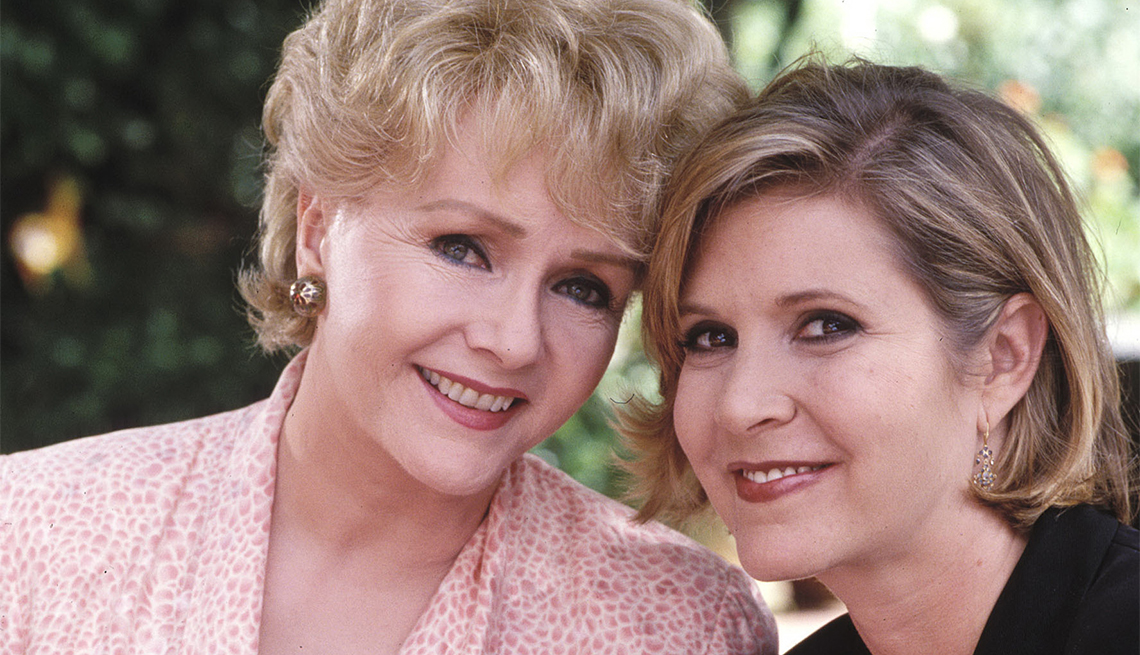 Debbie and Carrie Fisher died a day apart from each other in December 2016.

Carrie Fisher and her mom, Debbie Reynolds, will get a belated but “awesome” send-off on Saturday at a memorial service live-streamed from Forest Lawn Memorial Park in Los Angeles, said Todd Fisher, the son and brother of the famous duo.

The service, which will be open to the public on a first-come-first-serve basis in Forest Lawn’s 1,200-seat theater, begins at 1 p.m. PT. Those who want to view it online can do so at DebbieReynolds.com.

“The public is invited because that’s how my mother would want it,” Fisher told People magazine. “She was very connected to her fans and felt they were a part of her, so we’re opening it to the public.”

The service will feature a tribute song written by musician James Blunt as well as performances by the Gay Men’s Chorus of Los Angeles and dancers from the Debbie Reynolds Studio and dance school.

Fisher, who achieved fame in the 1970s as Princess Leia in the original “Star Wars” and developed a second career as a writer and script doctor, died on Dec. 27 after suffering a heart attack on a flight from London to Los Angeles. She was 60, and had suffered — very publicly — for most of her life with bipolar disorder.

Her mother, equally famous from a long career in such movie classics as “Singing in the Rain” and “The Unsinkable Molly Brown,” died of a stroke a day later at the age of 84. The two had shared a tumultuous but close relationship.

Todd Fisher, who was with his mother when she died, said they had just been talking moments earlier about Carrie. His mother had said, “I want to be with Carrie,” and a few moments later was gone, he said.

“That’s kind of a magical, beautiful thing. As much as it’s also hard, it’s what she wanted.”