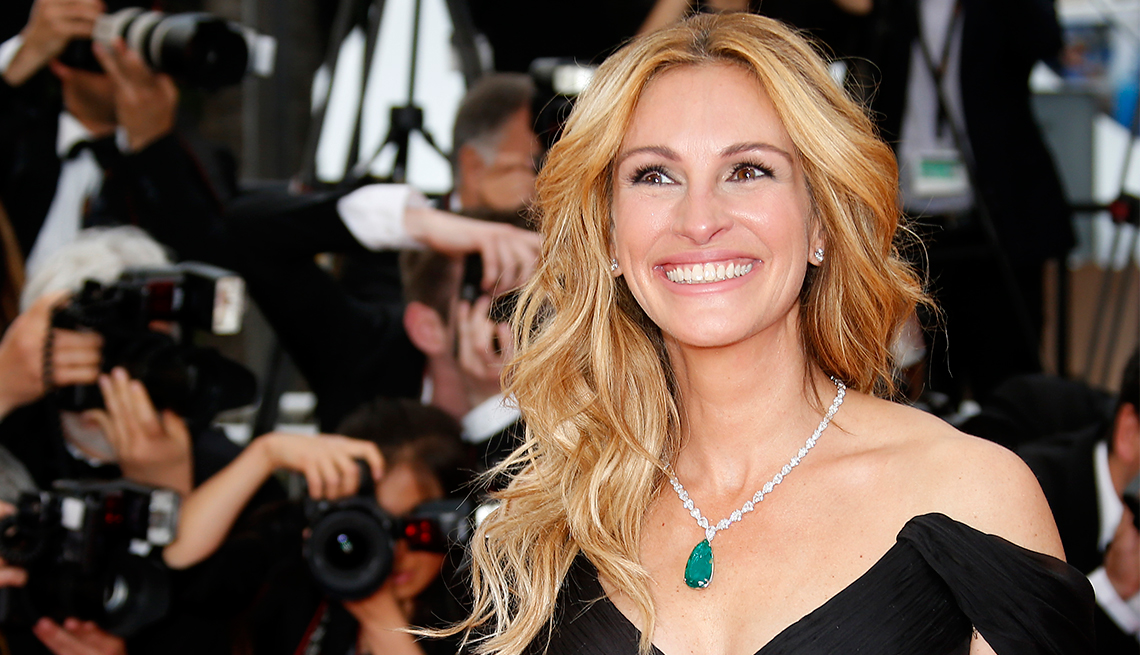 People magazine hailed Julia Roberts as “The Most Beautiful Woman” for its 28th annual “World’s Most Beautiful” double-issue, which hits the newsstands this Friday.

It’s the fifth time the publication has bestowed that honor on the award-winning actress, whose critical acclaim skyrocketed in the late 1980s and early 1990s because of her work in such films as Steel Magnolias and Pretty Woman.

Roberts, who will turn 50 in late October, listed dental care, physical activity, and skin hydration among her beauty secrets during a 2014 interview with Genius Beauty. On the top of her list, though, was happiness. “Julia says what we look like is a reflection of how happy we are,” wrote Daria on the Genius Beauty website.

The first time a 23-year-old Roberts appeared on the cover of People’s “World’s Most Beautiful” issue was in 1991, the year after she starred opposite Richard Gere in the romantic comedy, Pretty Woman, which earned Roberts’ her second Oscar nomination. She also received the honor in 2000, 2005 and 2010.

In the latest issue, Roberts talks to Jess Cagle, People’s editor-in-chief, and Andrea Lavinthal, the magazine’s style and beauty director, about her 14-year marriage with cinematographer Danny Moder, their children — twins Hazel and Phinnaeus, 12, and Henry, 9 — and more beauty secrets.

She told the magazine she believes the best is yet to come: “I think I’m currently peaking.”