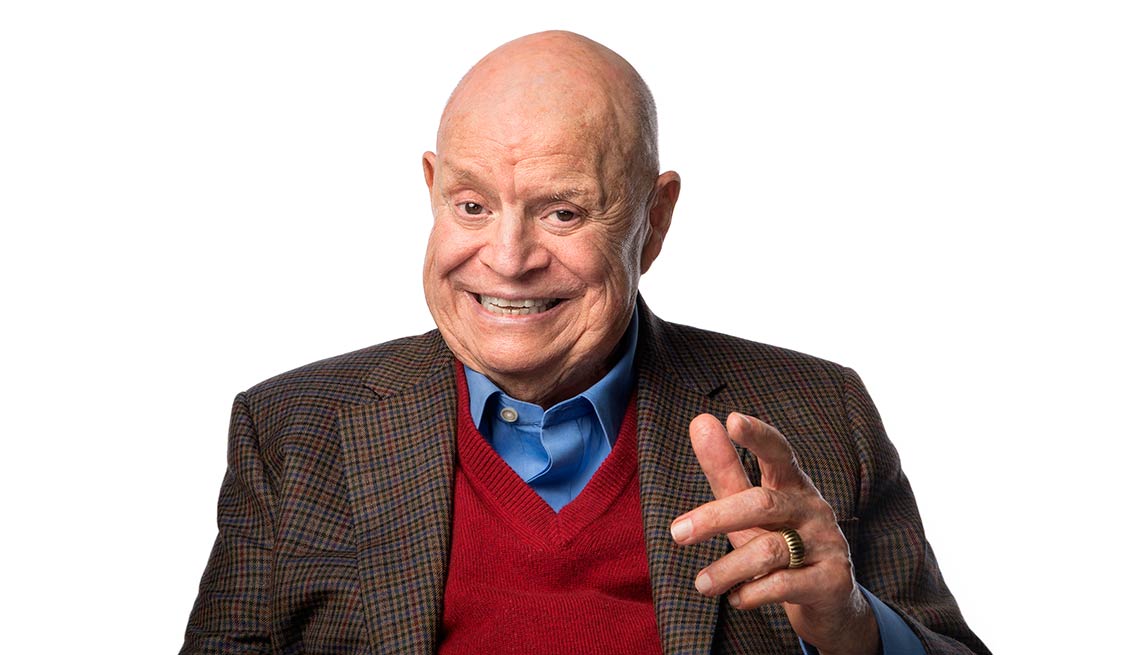 Don Rickles at 90 with mind and tongue remarkably sharp

My mother was a big influence. She kept pushing me because I was very shy and inhibited. And schoolwork was very difficult for me because I couldn't concentrate. I was failing almost every subject. To this day, I'm not too good at reading a book. But I was the president of my high school comedy group, and they treated me like a king.

When I was a younger guy doing comedy, it was a big struggle. Promoters canceled me out of clubs left and right when I called somebody a dummy or a yo-yo. Then they realized I was different. You'd have to live under a rock if you didn't believe that I was just ribbing all of us about our backgrounds, our faith, what have you. And I've always done it with kindness. People may say "insult," but when I rib people, I can look into their eyes and tell that they're enjoying it.

Either Sinatra loved you or forget about it. He treated me like his kid brother. He'd say, "You don't talk," and I'd say [loudly, rudely], "Frank, I'm TALKING." And everybody would fall down, including Frank. I could be very aggressive and funny and sit with him.

Our daughter, Mindy, is a stand-up comedian. She subconsciously knows a lot of things I do. For example, when she was young and dating, she went out with a guy. Later, she said, "Dad, he never called me back. I liked him a lot." I said, "What did you say to him?" When he picked her up, she said, "You gonna wear that tie?" I said, "You said that?" And she said, "Well, you say it!"

I didn't get married until I was 38. Girls were scared of me because I can be loud. Barbara, my wife of 51 years, is very low-key. She was my picture agent's secretary. I went in one day and said, "I'd like to see my agent," and she said, "What is it in regard to?" I said, "I'm a butcher. I have a meat truck outside." She said, "Being a wise guy will not get you in." She's very respected and a great adviser to me in my career. I'd be lost without her.

Out on a limb

I almost lost my leg a few years ago [after suffering necrotizing fasciitis]. I had a magnificent surgeon who got all of that poison out, but I could have lost my leg. I told him, "Don't worry, Doc. I know Johnny Depp, and he promised me a pirate movie."

At 90, I'm still working a couple of dates a month. My mind is very sharp on the stage, so why not? This may sound corny, but I do it because people — young and old — still come to see me, and they're very enthusiastic about my work. They treat me like the Godfather. It helps defy age to have dignity for yourself. And age gives you a bit of authority.

—As told to Alanna Nash