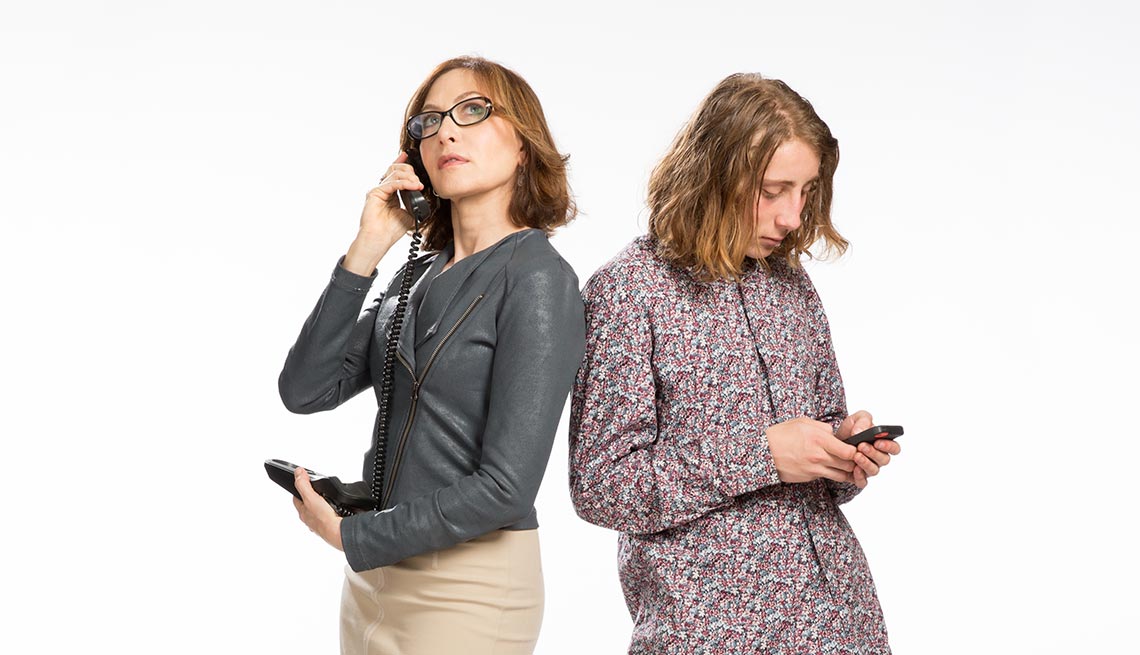 Annabelle Gurwitch is appearing in a one-woman show based on her New York Times best-seller, I See You Made an Effort: Compliments, Indignities, and Survival Stories from the Edge of 50.

On the day my son, Ezra, was born 17 years ago, I vowed I would never embarrass him with statements like, "Remember when pennies were made of real copper?"

For starters, the last time pennies were minted from 100 percent copper was in 1837. But you get my point: I would keep current with the times in order to stay connected with my son.

By doggedly listening to all the latest music, for example, I've learned not to say "Delicious!" when Ezra says he likes Lil Debbie. (My Little Debbie was a snack cake; his is an inked and blinged rap star.) And when he mentions his fondness for the Antlers or Deerhoof, I know from scanning his iPod that those are new indie bands, not signs he's turning venisarian.

Lately, though, I've been wondering if the enforced hipitude is worth it. Things changed the day Ezra asked me, "Mom, did you take your Mac to college?"

"The only apple on my desk back then was a McIntosh," I told him. "And there's no 'a' in 'Mc.' Steve Jobs would've known that if he'd stayed in college!"

"Did you get there by plane?" Then, a sly look. "Or weren't they invented yet?"

"Covered wagon," I shot back.

Since then, Ezra and I have waged a friendly rivalry over whose stuff — he warned me not to say "junk" — is better. I lost the argument that Pokémon is more stimulating than World of Warcraft, for example, but reduced him to tears by playing Paul Simon's "American Tune." (Let's see Lil Debbie do that!)

"Old phones were cooler," I challenged him recently.

"That round goes to me, Mom!" Ezra cried in triumph, using his cellphone to post a photo to Instagram and produce live video of the Martian surface. At the same time.

"Hey," I countered, "has anyone ever saved a 'love text' for more than a day? Now a love letter, that's different.…"

On a roll, I explained that in the old days — now officially the late '80s — it was possible to miss a call from someone you liked. "That was its own brand of 'insanely great,' " I told Ezra. "You could actually long to hear the other person's voice. We called it 'anticipation' — which Carly Simon made into her best song, by the way."

Our little contest was starting to leave scars.

I was about to describe the concept of hanging up on someone with impunity when a sharp tick-tacka-tick-tick! filled the air.

"What was that?" my son demanded.

It was my alert tone for an incoming text. Earlier in the week I had found "Telegraph" listed under "Classic Sounds" in my phone, but now he had me thinking it should read "Sounds of the Ancient World."

"It sounds like feral cats wearing tap shoes," he informed me.

"Ha!" I exulted. "You recognize the sound of tap dancing! Maybe I haven't failed Parenting 101!"

And with that I did a little victory dance around the kitchen. If you must know, it was the funky chicken.