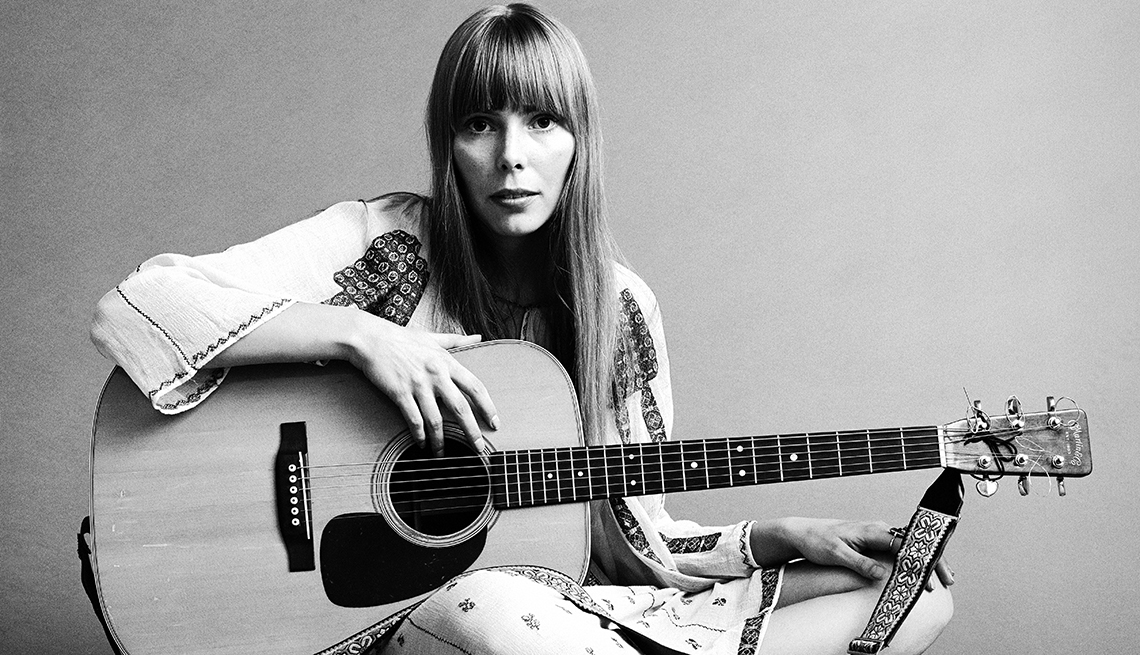 Joni Mitchell at a photo shoot for Vogue in 1968.

Joni Mitchell, whose 75th birthday will be celebrated with two star-studded tribute concerts Nov. 6 and 7 at L.A.’s Dorothy Chandler Pavilion, is considered, along with Bob Dylan (whose “Tangled Up in Blue” was inspired by her album Blue), the most significant singer-songwriter of the last half-century. What the #MeToo movement is to young women today, Mitchell’s life and music were to boomer women: an emotional charting of what needed to change and what was changing, with men and women, and with women and freedom.

Joni 75, Mitchell's tribute show, features a who's who of performers from all decades and musical genres, including James Taylor, 70, and Graham Nash, 76 (whose romances with Mitchell inspired Blue and their own songs about her); Kris Kristofferson, 82; Chaka Khan, 65; Diana Krall, 53; Emmylou Harris, 71; Seal, 55; Glen Hansard, 48; Rufus Wainwright, 45; Norah Jones, 39; Brandi Carlile, 37; and Los Lobos. Some of her oldest childhood friends from Canada will be there. It will be, says a colleague who wishes to remain anonymous, “a love-in; a celebration of her life, her art, her resilience and her courage. Joni is a warrior.” On March 31, 2015, she was found unconscious at her home after a near-fatal brain aneurysm. “She came back from the brink,” her colleague adds. Relearning to walk in her early 70s “is the hardest work she’s ever done. She’s an original and a truth seeker, even in dealing with illness.”

“She’s had an amazing spirit, dealing with this horrific health crisis,” says her close friend and longtime art director, Robbie Cavolina, who saw her a good deal during her long recovery. “She is bright-eyed and happy that she’s alive.” She stopped her half-century three-plus-pack-a-day smoking habit, “and she watches old films on TV. We recently watched Three Coins in the Fountain together. She does physical therapy five days a week, she has been painting, she enjoys going out to dinner, and she gets along very well with her daughter, Kilauren.” A penniless, single folk singer in 1965, Mitchell gave newborn Kilauren up for adoption; in 1997 they reunited, along with Kilauren’s children (Mitchell's granddaughter, Daisy, and her grandson, Marlin, now in their early 20s). 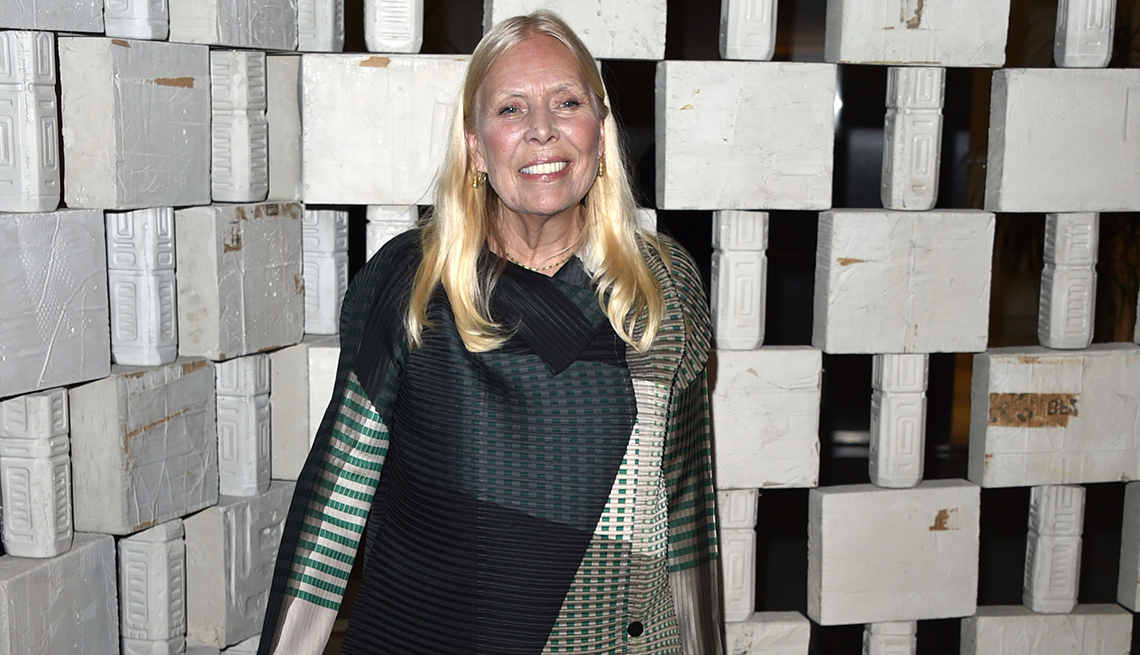 Joni Mitchell at the Hammer Museum's Gala in the Garden, in 2014, where she was honored.

Until recently, the nine-time Grammy winner dismissed her earlier, lovely and socially significant songs, which defined young, classy bohemian women in the late ‘60s — “Both Sides Now,” “The Circle Game” and “Chelsea Morning.” She preferred her later, musically innovative, often jazz-based work, from Don Juan’s Reckless Daughter on. “But now,” Cavolina says, she has “a really great appreciation of that early work of hers. She realizes that those songs were more than the ‘ingénue songs’ she had considered them to be.” At 75, Mitchell has perhaps come round and round in the circle game and looked at her own life from both sides now. What she so eloquently predicted in her early 20s has come true in her third act.

After the Nov. 7 concert, the Los Angeles Music Center will give Mitchell its award for excellence in performing arts, which only one other person has ever won: Rita Moreno, 86. It's not clear whether Mitchell will attend, though she did give James Taylor a hug at his Hollywood Bowl show this June.

"Joni loves a great party,” several of her friends say. And this surely will be one.