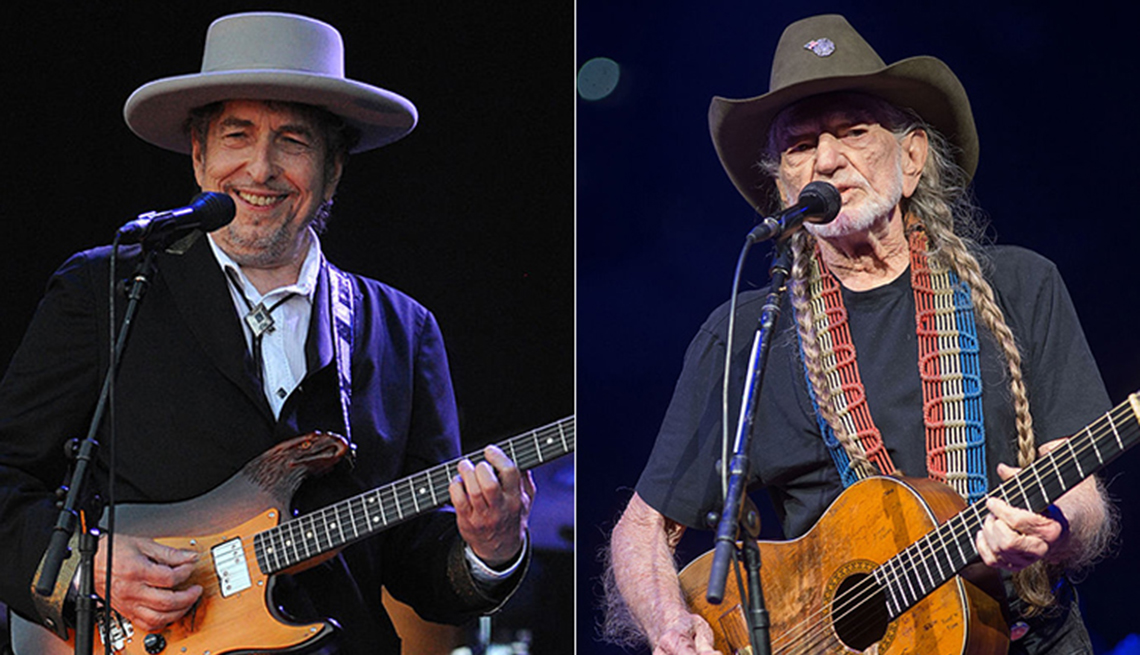 Bob Dylan will appear with Willie Nelson and various stars at the Outlaw Music Festival Tour.

Forget those Internet rumors about Willie Nelson’s demise. The country music legend, who turns 84 on April 29, is not only alive and making music, he’s got a busy spring and summer ahead of him.

Nelson has put together a roster of artists of various ages and genres, including Bob Dylan and Sheryl Crow, to appear on his Outlaw Music Festival Tour this summer. Also appearing will be Nelson’s son, Lukas Nelson, and his band, Promise of the Real, and singer-guitarist Jason Isbell, who won two Grammy awards for his 2015 album, “Something More Than Free.”

The tour begins in New Orleans on July 1, with subsequent dates in Dallas; Rogers, Ark.; Detroit; Milwaukee; and Syracuse, N.Y.

And this week, Nelson released a new album, “God’s Problem Child.”  It includes “He Won't Ever Be Gone," a tribute to Nelson’s friend and musical collaborator Merle Haggard, who died last April. The album is Nelson’s first CD of completely new material in three years.