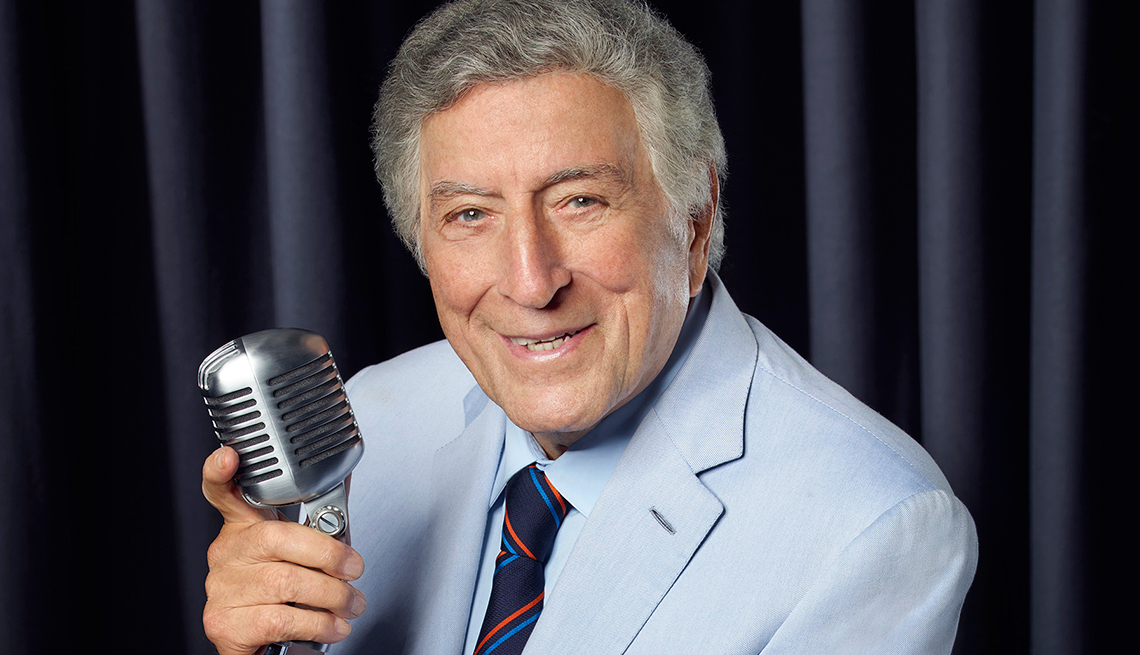 Tony Bennett, photographed for Tony Bennett Celebrates 90: The Best Is Yet to Come, on NBC in 2016

No singer has ever aged better than Tony Bennett, 90, who on June 20 became the first noncomposer to win the Library of Congress Gershwin Prize for Popular Song. (Previous winners were performers who write, like Paul Simon.) His career stands as a lesson in how to survive and perfect one’s gift in a music scene that craves youth and tends to snub grownups who know what they’re doing. “I still insist that I can get better as I go along,” Bennett told the New York Times, shortly after selling his 50-millionth album. “Just by doing it every day, you get better.”

The truth is, Bennett wasn’t always one of the greats. If he had gotten disconsolately high and drowned in a bathtub at age 53 — as he once very nearly did, but his wife found him in the nick of time — he would’ve been nothing but a footnote in history, a one-smash wonder who left his heart in San Francisco in 1962, a lightweight tenor with a superficial style in a world of baritone titans like Sinatra.

He’s not a lightweight person, either, but a serious guy who fought in World War II, liberated a Nazi concentration camp and survived cocaine addiction.

Yet Bennett’s signature mood is so relentlessly upbeat that it inspired a parody by Alec Baldwin, who has called him “a guy for whom there are no bumps in the road.” On July 14, Bennett sings Henry Mancini and Verdi at the Hollywood Bowl (he started out as a keen imitator of Enrico Caruso and never outgrew his love of the operatic finale). He published yet another memoir last year, subtitled Just Getting Started, and did an NBC special honoring his birthday, Tony Bennett Celebrates 90: The Best Is Yet to Come. Birthday specials for nonagenarians are rare, but hey, his 80th-birthday special won seven Emmys. He won his 18th Grammy last year — and he earned all but two of them after turning 63.

So how should we celebrate Bennett’s nonstop autumnal victory parade while we await the November Gershwin ceremony in Washington, D.C.? You could listen to Tony Bennett Celebrates 90 — I recommend the Gaga duet, “The Lady Is a Tramp.” Or go the whole hog with the 1,000 or so songs on his 60-hour Tony Bennett: The Complete Collection. You’ll hear his heart loud and clear.